Lonnie White Jr. Shows the Upside That Made Him a Key Part of the Pirates 2021 Draft Class 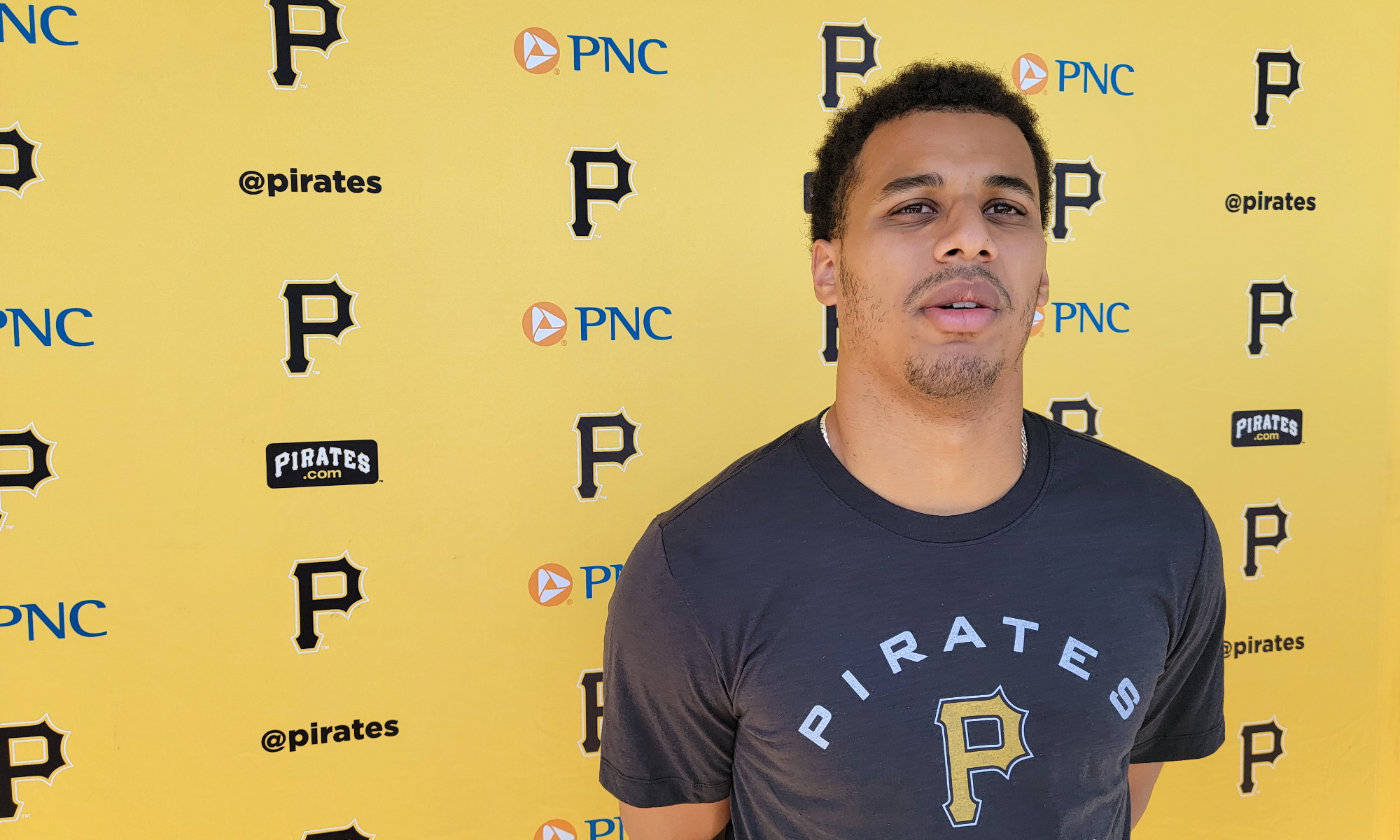 BRADENTON, Fla. – The Pittsburgh Pirates have received a lot of praise for their 2021 draft, which saw them select catcher Henry Davis with the first overall pick, followed by signing a group of prep players with high bonuses.

Lonnie White Jr. was originally slated to go to Penn State as a two-sport athlete, with enough speed to either be a highly recruited wide receiver, or a speedy center fielder. The Pirates gave him $1.5 million as the 64th overall pick in the draft, signing him to focus solely on baseball.

At this point, White is still very raw, as shown by his initial results last year in the FCL. He did post an .819 OPS and hit two home runs in 33 plate appearances, but also struck out 42% of the time. The small sample shows the potential of his power, along with the downside of his raw skills at the moment leaving him lacking consistency swinging the bat.

“That’s the main thing that I really need to focus on that I’ve struggled with the past couple of years,” said White.

Last of this group is Lonnie White Jr., who was set to be a two-sport athlete with Penn State before the #Pirates signed the 2021 2nd rounder for $1.5 million. White hit two homers in 31 AB in his pro debut in the FCL. pic.twitter.com/ueZ3cnyVUC

In the video above, White is going up against variable speeds and angles. It appears on some swings that he might be starting too early, ending up out in front of some of the slower stuff. His swing is easy, and he’s got a lot of raw power potential from his large frame.

White said that the biggest thing he’s learned with the Pirates so far has been how his body moves. The Pirates have been utilizing technology to evaluate the natural movement of all of their players, and build that into the development plan.

“Now whenever I feel a bad swing, I know exactly what is off,” said White. “I can feel it, and then if I look on a video, I can see it as well, which I’ve never been able to do in the past.”

White also stressed the mental game at the plate, and having the confidence that one at-bat won’t have a large impact on a full season. His first full season of work should come this year in Bradenton, which will be a challenge for him if he doesn’t clean up his swing and miss issues. There’s a lot of upside with White, with the chance for plus power, plus speed, and plus defense in center field once he starts to gain more consistency with more experience.