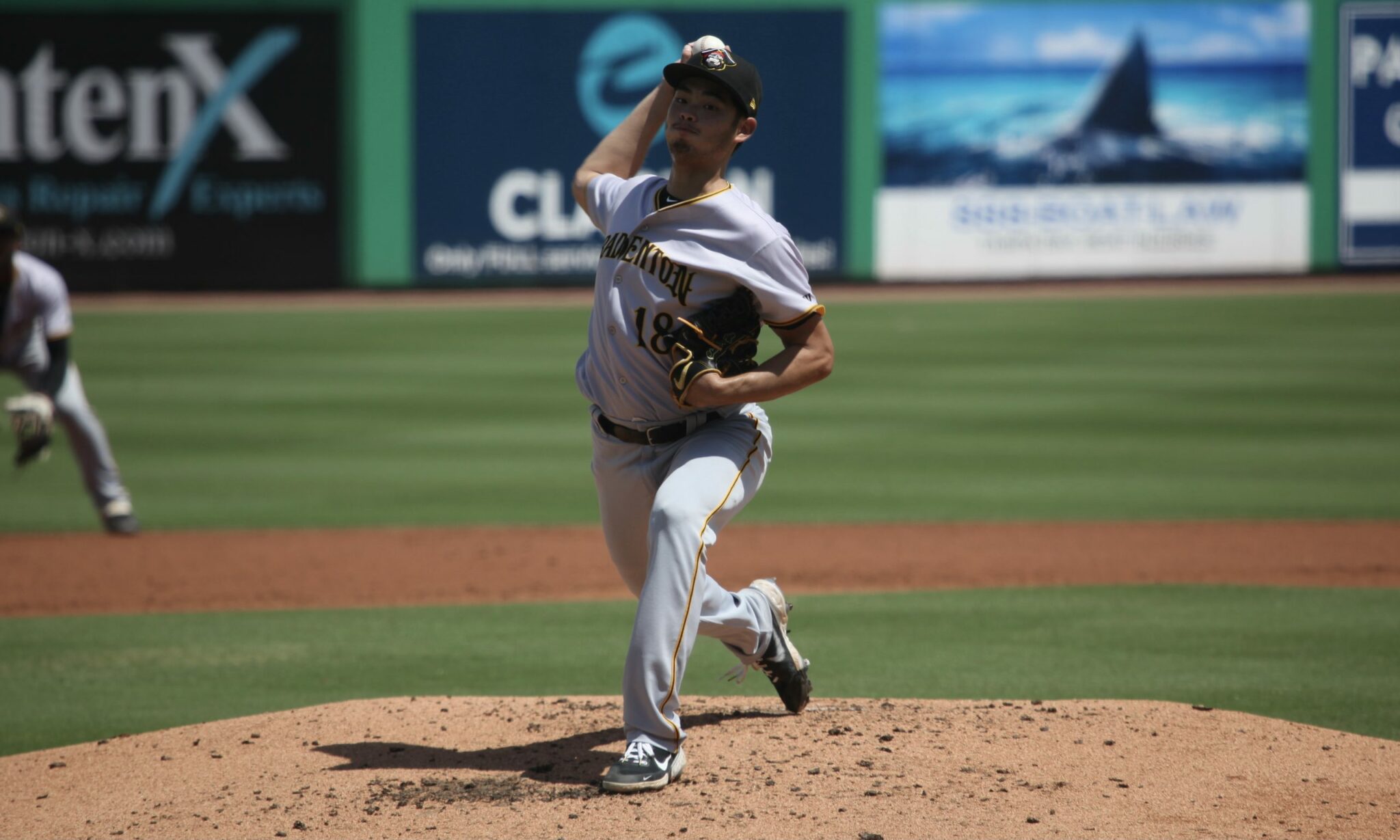 The 20-year old righty from Taiwan was featured this week on the site, and this is a look at his full outing from September 5th from last season.

It was a weird start for Chen. as he walked five batters while six of the seven outs he recorded were by strikeout. He gave up a home run to Jasson Dominguez that he executed by putting it out of the strikezone, the hitter just reached down and hit it.

Chen finished the season with a 2.57 ERA across 10 starts, striking out 44 batters across 42 innings.

Park was acquired by the Pirates, along with Diego Castillo, from the New York Yankees in the Clay Holmes trade.

Park’s debut was delayed after contracting COVID-19 and having to quarantine in South Korea before flying over.

He didn’t wait long to make an impact.

At first the delay seemed to erase any chances of Park making the Opening Day roster, but with MLB expanding the roster to 28 to start the season, it may have opened the door once again.

The first overall pick in 2021, Davis showed just what he was capable of in a minor league outing against some of the Baltimore Orioles farm system.

In an earlier at-bat, Davis struck out but bounced back and went deep. Davis was a part of the first round of cuts to Major League Spring Training after going 0-for-2 in two games played with the Pirates.

An oblique injury shut down his 2021 season early after just eight games, six of which was with the Greensboro Grasshoppers.