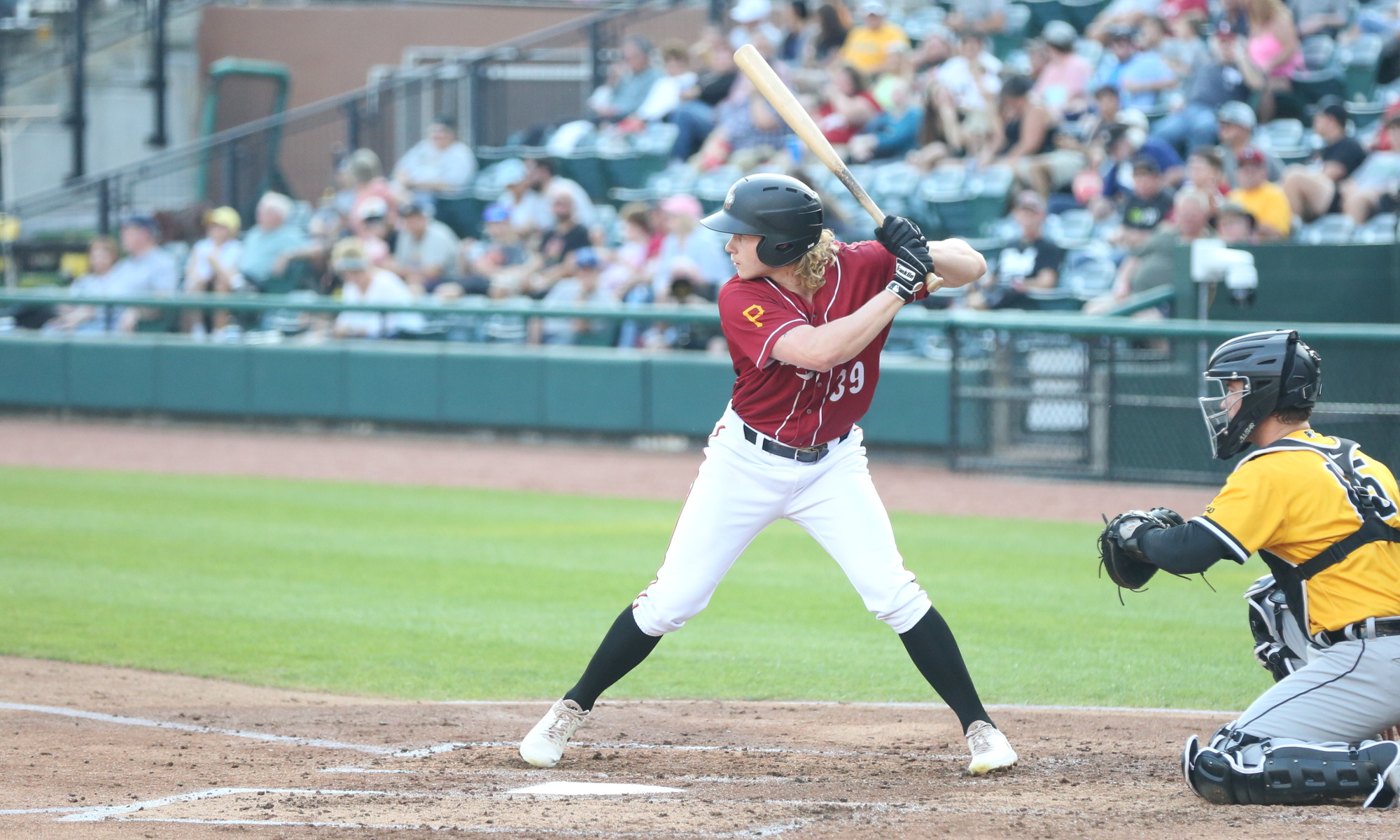 Peggy with the play 😮‍💨 pic.twitter.com/tNKncZKld1

It has to be a weird position for Liover Peguero to be in. A lot of teams would love to get a player like him in their system, but it’s so easy to overlook him when the Pirates have another shortstop prospect capable of hitting bombs from one-knee on a consistent basis.

Make no mistake, Peguero is a legitimate shortstop prospect, both offensively and defensively. He was one of the youngest players at his position last year and High-A, and that will be the case again if he moves up to Altoona.

After playing in Tuesday’s game, Peguero was optioned to the minors. He went 1-for-6 at the with three strikeouts.

Not much was known about Suwinski when he was acquired in the Adam Frazier trade, but after a great offseason, he’s looking like he could emerge has the big name from it.

Suwinski was a surprise addition to the 40-man roster before the lockout, but he’s quickly proving he belongs. He’s 2-for-5 with that triple he hit on Tuesday so far this spring. The outfield picture is cloudy at best outside of Bryan Reynolds, and while Suwinski won’t get an immediate look, he could play himself into the mix soon.

Although they are doing it on separate fields, it shouldn’t be a surprise at any success they come across. Gonzales went 2-for-6 during Spring Training, with a RBI single in the first game this past Friday against the New York Yankees.

Both Gonzales and Peguero are expected to team back up with each at Altoona.