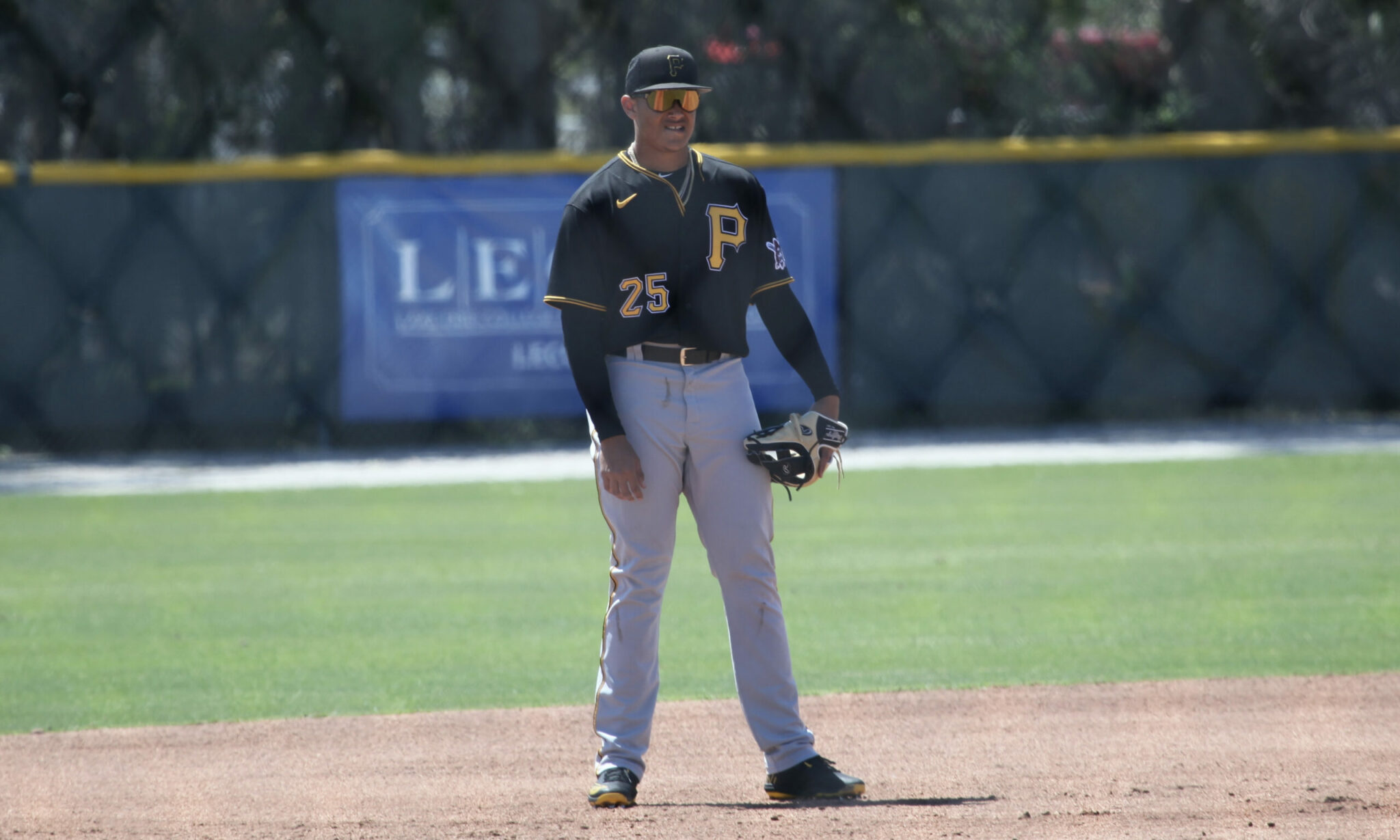 Having a February birthday, Lopez played the entire 2021 season at Low-A Bradenton at the age of 19, an impressive feat in it’s own. The fact that he held his own  (.258/.341/.393, 10 HR), batting in the middle of the division champion Marauders team was even more so.

In a league where strikeout rates were way up, Lopez posted a very respectable 24.7 K% as a 19-year-old, all the while showing great patience at the plate (13.2 BB%). He also showed some great opposite field power, with sending 39.3% of the balls he put in play the other way.

Dariel Lopez with a base hit up the middle scores a runner. He turned 20 this past February and already has a whole season of pro ball under his belt. Link is to his instagram page where the video is from #LetsGoBucs https://t.co/IrLe34WdUj pic.twitter.com/1nKrSPPOVn

Here he is sending a single up the middle that scored a runner in what looks to be an intrasquad scrimmage.  Lopez played mainly shortstop and third base, and while the errors were worrisome (32 total in 2021), he has the athletic ability and arm to remain on that side of the diamond.

Another look at some of the power that Lopez flashed in Bradenton last year, a video showing some of his doubles and home runs he hit.

The only thing standing between the Pirates and a second consecutive tie during Spring Training was former 25th round pick, Hunter Owen.

He made sure the game ended with a decisive winner.

Owen, 28, got a very brief cup of coffee in the majors last season, playing in three games for the Pirates and going 0-for-4 in that span.

While playing for Triple-A Indianapolis, Owen hit 20 home runs while owning a batting slash of .235/.306/.451. Owen is currently in Spring Training as a Non-Roster Invite and will likely head back to Indianapolis to start 2022.

While we’re on the subject of Pirates prospects, @__Murphy88 boy Ernny Ordonez hit a DING-DONG off Kenley Jansen. Ordonez trained this year out of NYC Sluggers in the off-season

Here’s another video of Ordonez hitting a home run against Kenley Jansen, one of the best relief pitchers in the majors who signed with the Atlanta Braves in the offseason.