P2Daily: John O’Reilly is Right On the Edge of Glory 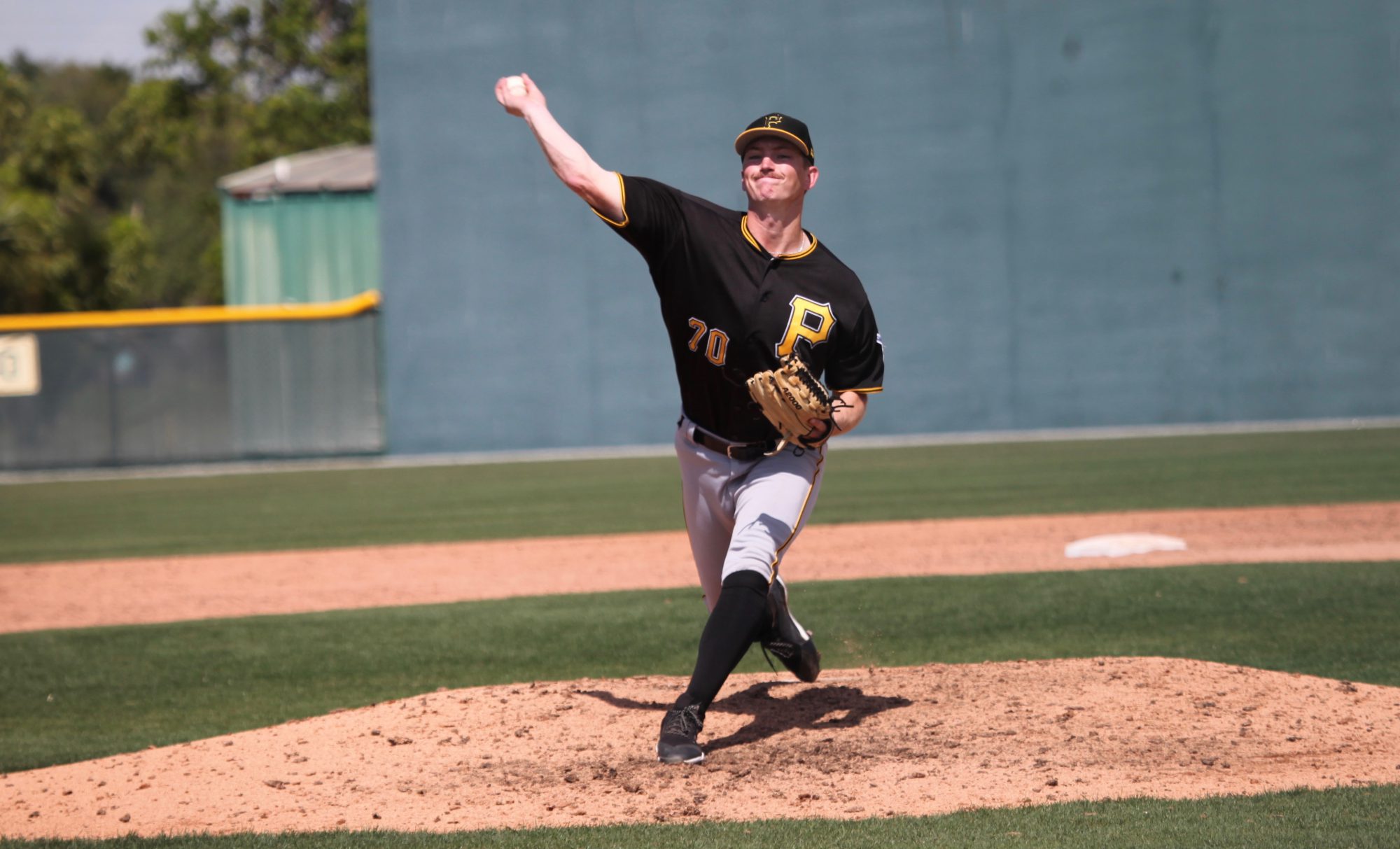 Missing bats and getting outs are a pitcher’s number one priority. Pirates pitching prospect John O’Reilly is on the cusp of the majors, and despite having really good stuff, it seems like O’Reilly would benefit from missing more bats. O’Reilly discussed missing more bats and even developing an off-speed pitch.

“I’ve always been able to get quick outs with my sinker,” O’Reilly said. “This off-season, developing a breaking ball that has sharp movement was really important. I think having a breaking ball will really help with my ability to mix it up.”

When dealing with pitchers, everyone wants to know if they tweaked something in their delivery or mechanics in general. Some guys make big changes, and others make more subtle tweaks; O’Reilly discusses where he lies in that conversation.

“I think some of my teammates have shown me how important it is to evolve and work on mechanics continuously,” O’Reilly said. “After success in the past, I always felt comfortable in my mechanics. This offseason, I’ve worked on my mobility which I’m hoping prevents me from cross-firing as much as I used to.”

The nerves factor comes to play when a player is close to the majors. Sometimes nerves can serve as a huge motivator; some call it intestinal fortitude, I call it stick-to-it-iv-ness. O’Reilly surely has intestinal fortitude but don’t take my word for it, read his words for proof.

“There is definitely more motivation going into this season,” O’Reilly said. “Last season I felt some nerves when I first got to Triple-A because there was a fair amount of MLB talent in the clubhouse. I think that experience helped me realize I’m very close to achieving something I’ve worked for my entire life. At the same time, I still have a lot to prove and I look forward to that opportunity.”

The Pirates acquired Carter Bins as part of their overhaul of the catching prospect position last year. Bins is regarded well for his defense, which we’ve covered on here in the past. This week, we took a look at his offensive work, highlighting the drills that he’s doing at Proform Baseball this offseason.