A Look at the Minor League Rule Five Additions 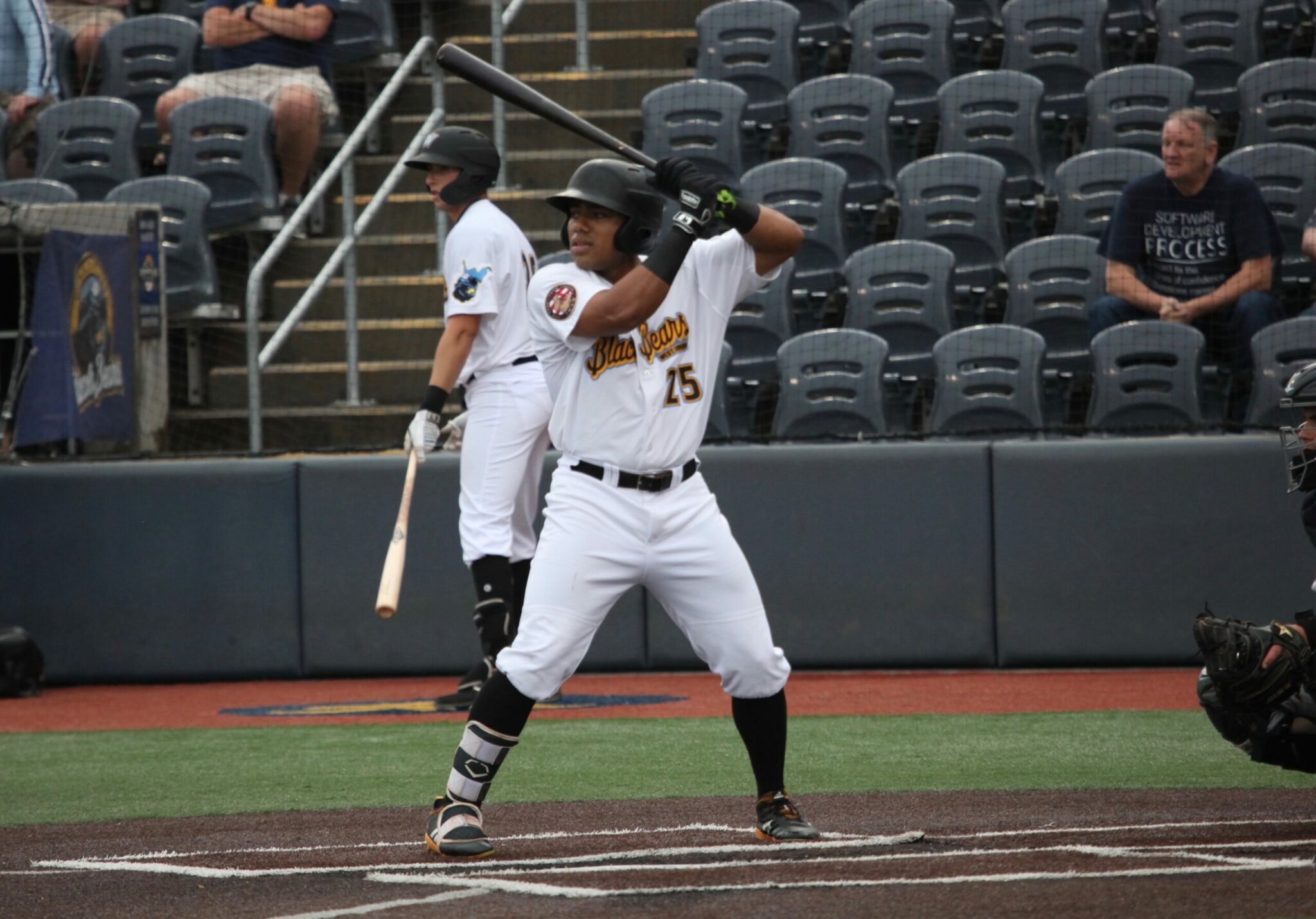 The Pittsburgh Pirates went into yesterday’s Minor League Rule 5 draft with the second overall pick, thanks to two teams ahead of them filling their 38-man roster, leaving no room for adding players. The Pirates left four spots open, which was a bit surprising because they had a lot of depth going into the draft, so it left some decent low-grade prospects exposed. Considering that all you receive if they are picked is $24,000, which is nothing in baseball terms, there was very little chance of a payoff in the Rule 5 process this year. As it turns out, they didn’t lose or gain much. Steven Jennings was a high-priced draft pick, who never displayed decent velocity. He has a nice four-pitch mix, but getting to/staying in the majors with that kind of stuff requires above average command. Jonah Davis was also lost. He has nice power, but the strikeouts are a significant issue and they didn’t get any better this year. They were already a major red flag before this season. Both were selected yesterday.

The Pirates did well in that area compared to what they could have lost because I figured there were a few better names who they should have protected over leaving open spots. That being said, the returns all have limited upside, so yesterday was basically a wash. Zach Matson and Nic Laio are older relievers with limited success at lower levels, and Jacob Gonzalez has limited success at a very low level. If somehow yesterday’s action could be combined into a trade, Jennings/Davis and cash for Matson/Gonzalez/Liao, it would not create any waves. We are mostly looking more in depth into the moves today because nothing else is going on with the lockout in place.

At 23 years old on Opening Day in 2022, Gonzalez is still young in baseball terms. He also doesn’t have a lot of experience after being drafted in the second round in 2017 out of high school. He still has two more years before free agency, so there’s time to see what he can do. The problem here is that he didn’t show anything in 2021. I’ll note that the Arizona Summer/Complex League in 2017 wasn’t as good as it was in 2021 because the short-season teams were eliminated, but he played in the league during his debut and then again four years later, and he put up better stats as a rookie. With two full seasons of mediocre results at Low-A and a brief unsuccessful stop in High-A, Gonzalez has a .251/.322/.373 slash line in 368 games of pro ball. He’s shown a little power and has had a decent strikeout rate, but there’s not much here. He has a career .848 fielding percentage at third base, which is probably why he saw more time at first base this season.

He was a 20th round draft pick out of college in 2018 by the Texas Rangers. He has pitched very little in pro ball, since he didn’t debut until 2019. However, he was one of a few minor league players who were allowed to play independent ball during the 2020 season, so it wasn’t a lost year. That being said, he’s a reliever who has thrown 113.1 innings since being drafted, and he turned 24 years old back in July. He did well in Low-A this year, then gave up 30 runs in 30 innings in High-A. His worst outing came against the Pirates (Greensboro), where he gave up ten runs in 1.2 innings. He had just three outings (out of 17 total) this season after June 1st in which he didn’t allow a run. So what’s the highlight here? He had a 79:16 SO/BB ratio in 56.1 innings. He throws a mid-90s fastball, low-80s slider, mid-80s changeup according to reports.

Matson is a right-handed reliever who turned 26 years old back in October, so there were instant comparisons at Pirates Prospects central to Shea Spitzbarth, who we mentioned earlier in the day about the best case scenarios for the Rule 5 draft. It was based off of being an older reliever, but the big difference with the two picks is that Spitzbarth had much more experience in the minors, plus Spitzbarth played Arizona Fall League and foreign ball in two off-seasons, so he was definitely closer to being big league ready at the time of selection. Matson has just one year left before minor league free agency, and he’s coming off of a year in which he had a 5.73 ERA and a 1.30 WHIP in 33 innings at Double-A. He also struggled in a partial season in High-A in 2019. The highlight here is the same as Laio, though the control isn’t as strong. Matson had a 57:15 BB/SO ratio in those 33 innings. Basically, he can miss bats, but the batters who hit him do damage. He throw low-90s and has a big breaking curve. His lone outing against Altoona was typical of his season. He had four strikeouts in 1.1 innings and he allowed two runs on three hits.

In summary, there were no top 50 prospects (in the system) lost or gained on Wednesday, but you would hope that the picks they made were based on a scouting report that saw a fixable flaw. It’s possible that either of the pitchers turns into a big league reliever with some fine tuning, but otherwise it was just filler for a slow news day and you can’t hate on that.

So why don't they do it like they used to,…