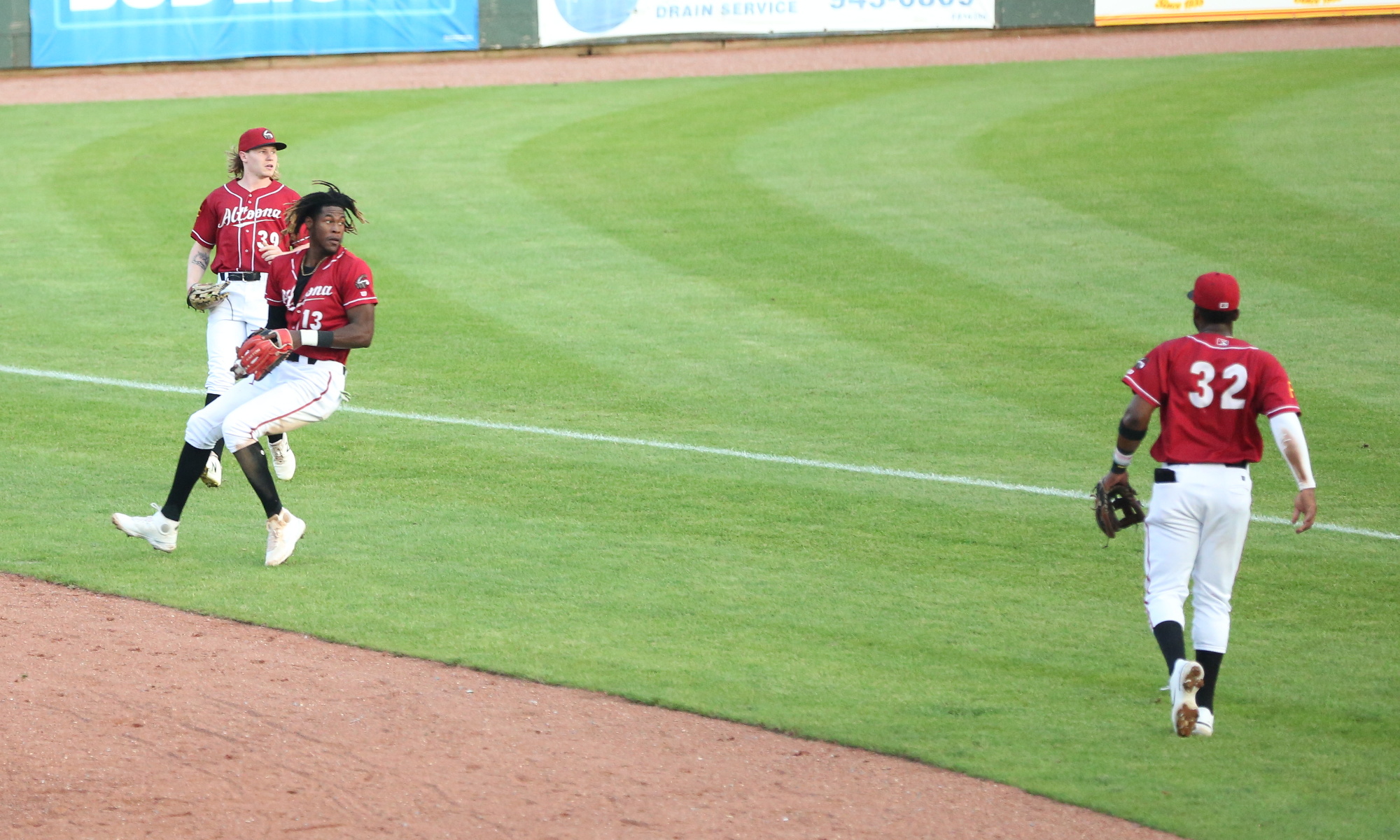 As I wrote in today’s breakdown of Kevin Newman and the 2021 MLB season, the shortstop position is becoming more elite. Some of the best hitters in the game are at shortstop, making them some of the highest valued players in the league.

The Pirates have the perfect player to match the current offensive-minded trend in Oneil Cruz. He’s got the bat to hit like a Fernando Tatis Jr., and if that ends up being the case, he won’t need to put up the best defense in the league like Kevin Newman did this season. I’d expect Cruz to get his first extended look in the majors at some point in 2022, and I don’t expect the Pirates to be in a position where they would see any downside from trying this 6-foot-7 experiment.

If Cruz doesn’t work out, the Pirates have other options behind him, including another potential impact guy in Liover Peguero, and a few really interesting guys in the lower levels.

This article is part of a series looking at the future of every position in the Pirates’ farm system. Note that this isn’t a full list of the shortstop prospects, but instead the top options in the system as of our latest rankings.

It’s hard to not dream about Cruz as an impact starting shortstop in Pittsburgh. He’s got some of the best raw power that has come through the system in my 13 seasons covering the team, with effortless flicks of the bat resulting in 400+ foot home runs. Imagining that power from the shortstop position is appealing. The big question surrounding Cruz is whether he can stick at shortstop with his 6′ 7″ frame. I find that question often focuses so much on the fact that there has never been a shortstop that tall, rather than what Cruz can do at the position. There might be some things that he can’t do, compared to a six-foot shortstop. However, there are definitely things he can do that other shortstops of any size can’t do, which is why the Pirates shouldn’t move him off the position until they absolutely have to.

The Pirates aren’t just banking on Cruz for a future impact player at the shortstop position. Liover Peguero could end up the better overall shortstop in the future. He’s talented on both sides of the ball, with his athleticism and speed making him a solid defensive option, and the speed being paired with some impressive power at a young age at the plate. His bat is currently ahead of the defense, although he projects to stick at shortstop long-term. One interesting aspect here is that Peguero had power away from Greensboro’s home park, which wasn’t the case for all Greensboro hitters. I’d expect him to move to Double-A in 2022 for his age 21 season, where he would likely spend the entire year, barring a breakout season.

The Pirates added Marcano as one of three players coming over from the San Diego Padres in the Adam Frazier trade. Marcano probably has a better chance of making the majors as a utility player, or a starter at second base. However, he’s got the ability to play shortstop, and could provide a challenge to Kevin Newman and Cole Tucker. The next two players on this list were also acquired at the deadline, joining Marcano as more of a potential utility player in the future, or a more likely starting second baseman. A big trend between the three is a high OBP.

Park was added with the next guy on this list, Diego Castillo, in exchange for Clay Holmes. The Pirates made the trade on the same day they dealt Frazier to San Diego for Marcano, landing three middle infield prospects on the same day. Park received time in the majors with Pittsburgh, getting work at shortstop, along with all three outfield positions. He’s older than the other guys on this list, just completing his age-25 season. His on-base skills in the minors have been excellent, and he showed a boost in power this year. I wouldn’t be surprised to see him in the majors in 2022 as a super utility player.

Castillo, acquired in the same trade as Hoy Park, is a bit of a sleeper. His best year in A-ball prior to this season saw a .639 OPS. He hit for a .277/.345/.504 line with the Yankees this year in Double-A, and continued that offense with the Pirates in Altoona and Indianapolis. In total, he showed on-base ability, with more power than either of the previous two guys on this list. Castillo has been used as more of a utility infielder, but the Pirates used him more at shortstop than they did at second or third. His power is going to be key, as that could propel him above the previous two guys for a future starting job, likely at second base.

The last three guys on this list are lower-level prospects, and very raw. Escotto received a challenge this year, spending the entire season in Low-A in his age-19 season. He managed a .701 OPS, and showed a lot of athleticism on both sides of the ball. Between the young age, and the pitcher friendly league, it’s difficult to get a feel for his talent level based on the stats. He’s going to benefit from the lack of shortstop options around him in the current makeup of the Pirates system. He should have no one challenging him next year in High-A Greensboro, which will give him another shot to transfer his athletic ability over to the stat line.

The Pirates went big on Bubba Chandler, signing him to a $3 million bonus in the third round of the 2021 draft. He’s a two-way player, announced as a right-handed pitcher, but spending all of his time this year in the FCL as a DH and shortstop. He’s got plus raw power and a ton of athletic ability, making him more appealing as a position player. It will be interesting to see if the Pirates try him out on both sides of the ball going forward.

Cheng was one of the best players in the FCL this season, and has emerged as one of the best lower-level infield prospects. He played second and third, in addition to shortstop. His speed, contact skills, and power potential make him a potential starter at all three positions. If the Pirates keep him and Chandler at the same level, then he’ll probably get more work at second or third. That said, if he’s still hitting long-term, he’d be worth trying at the shortstop position. He’s currently seen as a guy who can stick to the position long-term.