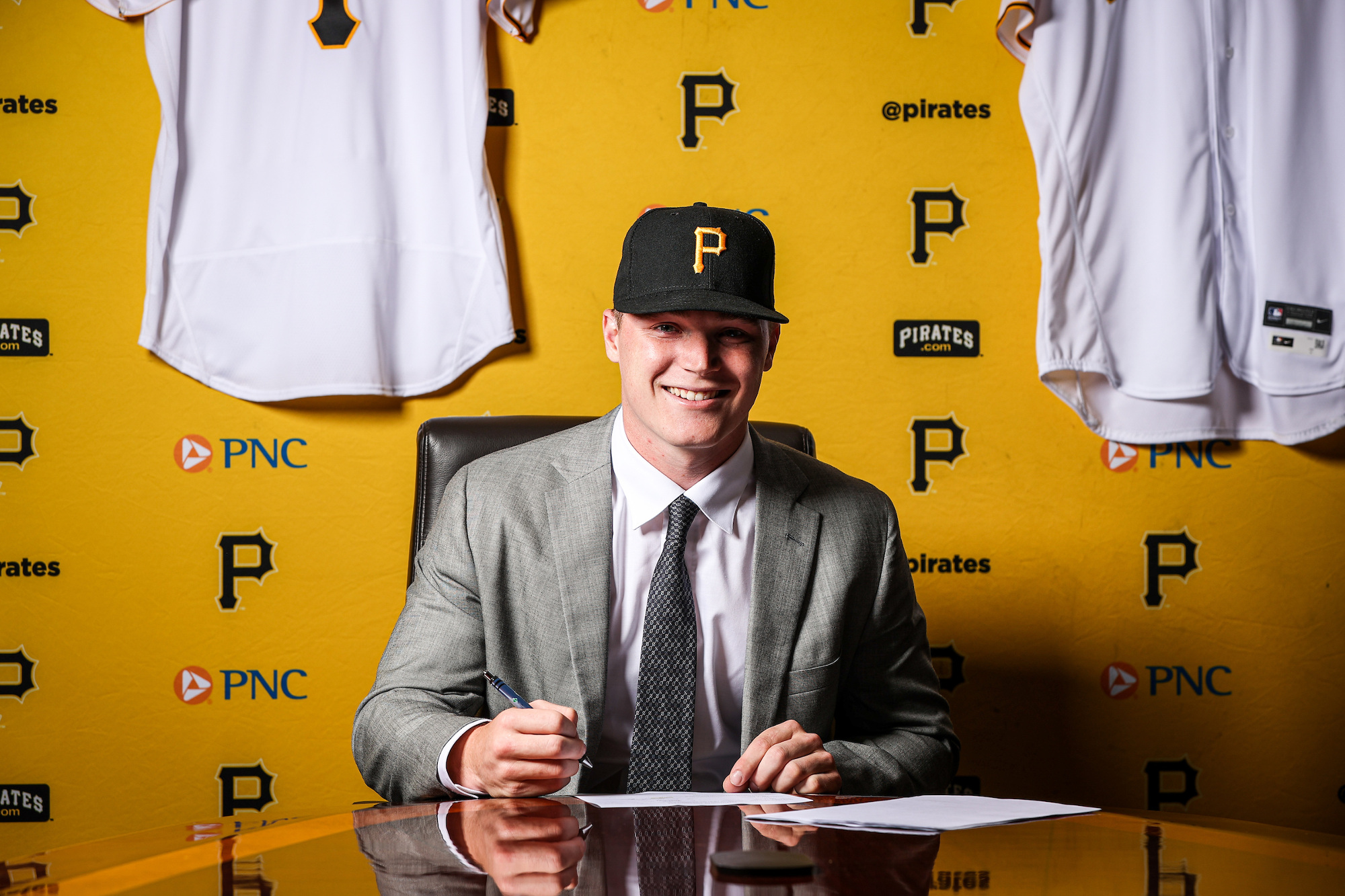 Yesterday, we took a look at the brand new top ten Pittsburgh Pirates prospects list from Baseball America. We like to include numerous top ten prospects lists from various sources, then average them out after they are all posted. We decided to add a new one into this year’s pile after seeing the amount of work that went into the list from Just Baseball, who released their Pirates top ten last week.

This list also includes the placement of the top prospects within their top 100 prospects list, starting with catcher Henry Davis, who ranks first for the Pirates, though it’s a very close race for that top spot. Davis ranks as their 29th best prospect in baseball. That is just two spots ahead of Nick Gonzales on the top 100 list and nine spots ahead of Oneil Cruz in the top 100. Basically, even though their numbered 1-2-3, there’s almost no difference in the ranking between the top three prospects in the system according to Just Baseball.

The fourth spot belongs to pitcher Roansy Contreras, who also ranks in the top 100 (69th overall). He is followed by Quinn Priester (5th for Pirates/80th in baseball) and Liover Peguero (sixth for Pirates/82nd in baseball). That gives the Pirates six prospects among the top 82 prospects in baseball.

The rest of the top ten is rounded out by (from 7-10): Anthony Solometo, Bubba Chandler, Carmen Mlodzinski and Matt Fraizer.

While there’s no indication that these players are rated 11-14, they also included Michael Burrows, Hudson Head, Jared Jones and Canaan Smith-Njigba as other names to watch.

As for the top ten prospects in the system, they have a report on hitting and speed/defense for each hitter, along with outlook. There are also scouting grades and ETA for majors. For pitchers, everything is summed up in a category called arsenal, along with the scouting grades and outlook for each player. For Bubba Chandler, you get both a hitting and pitching report. You’ll also see a few videos, including ones from a very familiar source, which is what tipped us off about the article.