Prospect Watch: Bradenton Comes From Behind for Walkoff Win 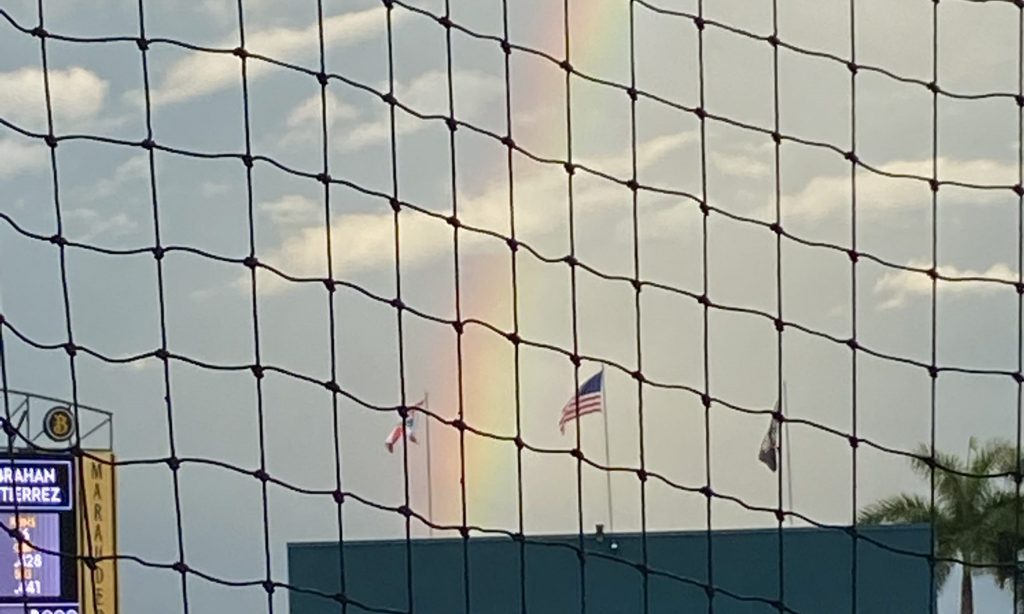 Your daily Pittsburgh Pirates Prospect Watch article for recaps of all of today’s games. Be sure to pick up your copy of the latest Prospect Guide in our store, available as an ebook or a limited edition paperback.

Bradenton opened their playoff series today.  Greensboro was rained out and will try again tomorrow.  Each will play two at home and then three, as needed, on the road.

Altoona and the two FCL teams are done for the season.

Starting Pitcher: (stat line for all starting pitchers will be added after the game)

Notable Performances: (stats for the top prospects to be posted after the game)

Game Recap: (all recaps will be posted as soon as the games wrap up)

Rained out, series to start tomorrow.

Bradenton won the opener of its playoff series with Tampa, 4-3, in walkoff fashion.  The Marauders got an outstanding start from Adrian Florencio, who went six innings against a very high-scoring opponent.  He allowed only four hits and walked nobody, while fanning seven.  Florencio made just one mistake, but it went for a home run with two outs in the sixth.  The score was 1-0 until the middle of the seventh, when there was a two-hour rain delay.  When play resumed, Bradenton promptly took the lead on back-to-back home runs by Ernny Ordonez and Maikol Escotto.  Tyler Samaniego had thrown a scoreless seventh before the delay, but another draft pick, Justin Meis, couldn’t retire anybody in the top of the eighth.  He loaded the bases with a hit batsman and two walks, then gave up a two-run single to put Tampa back on top, 3-2.  Wandi Montout got out of the inning with no more runs and threw a scoreless ninth.

In the bottom of the ninth, the Marauders got runners to the corners with two outs for Endy Rodriguez.  He singled to right, his fourth hit of the game, to tie the score.  Following that, Dariel Lopez got hit with a pitch and Abrahan Gutierrez walked to force in the winning run.

Game Recap:  The Black team (31-19) took a 3-1 lead over the Indians Red, but gave up seven in the fifth inning and went on to lose, 12-3.  Antwone Kelly had a good start, allowing a run over four innings on just three hits and a walk.  After that, not so good.  Luis C. Gonzalez gave up five runs, all unearned, while recording only two outs.  Jonathan Salazar gave up another five, four earned.  The offense managed just three hits, all singles, two of them by Jesus Castillo.

The Gold team (17-33) blanked the Orioles2, 3-0.  The pitching, obviously, outstanding.  Andres Silvera threw four shutout innings and three relievers threw an inning each.  Collectively, they gave up just four hits and walked nobody, which you don’t see much at this level.  Catcher Eybert Escalona, who’s played only a little so far, had a double and a triple, with one run and one RBI.  Dioris Valdez had two hits before leaving for a pinch runner.