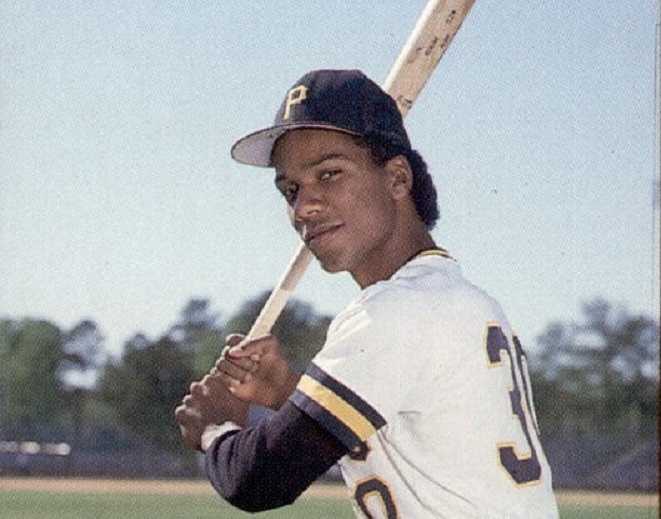 Five former Pittsburgh Pirates players born on this date. Before we get into the former players, current shortstop Cole Tucker turns 24 years old today. He batted .211/.266/.361 in 56 games as a rookie in 2019.

Edinson Volquez, pitcher for the 2014 Pirates. Volquez has played 14 seasons in the majors and he has a 93-88, 4.45 record in 273 starts and 14 relief appearances, pitching a total of 1,540.2 innings. He signed a one-year contract with the Pirates for the 2014 season. That year he went 13-7, 3.04 in 192.2 innings. He started the Wild Card game against the San Francisco Giants and allowed five runs over five innings. He signed with the Kansas City Royals for 2015 and went 13-9, 3.55 in 200.1 innings. He made five starts during the postseason, helping the Royals to their second World Series title. Volquez missed the 2018 season due to Tommy John surgery, then pitched a total of 24 innings last year between the majors and minors. He signed a minor league deal with the Texas Rangers for the 2020 season.

Moises Alou, outfielder for the 1990 Pirates. He was a first round pick, taken second overall in the January 1986 amateur draft. By the end of the 1989 season, he was considered a top prospect in the minors. That year he hit .298 with 17 homers and 20 steals, splitting the year between High-A and Double-A. He began 1990 back in Double-A, but it didn’t last long, making it to Triple-A after a month. Alou hit .273 with five homers in 75 games at Triple-A before getting the call to the majors in late July. He played two games for the Pirates, going 1-for-5 while playing left field. The Pirates sent him to the Montreal Expos on August 16, 1990 as the player to be named later in a trade made eight days earlier that brought Zane Smith back to Pittsburgh. The move helped the team short-term but long after Smith was gone, Alou was still a productive Major Leaguer. He played until 2008, finishing his career with a .303 average, 332 homers and 1,287 RBIs in 1,942 games. He was a six-time All-Star and he won two Silver Slugger awards. Twice in his career he finished third in NL MVP voting.

Chet Nichols, pitcher for the 1926-27 Pirates. He got a late start to his pro career, beginning in 1925 with New Haven of the Eastern League at 27 years old. Nichols pitched 304 innings that first season, posting a 2.93 ERA. The next year, he was 13-6, 2.37 through July when the Pirates gave him a shot at the majors. He made three relief appearances over a six-day span. While the first one went well (1.2 scoreless innings) the other two did not. He allowed 11 runs in six innings. The Pirates kept him around, though he didn’t pitch for the rest of the season. Nichols was with the team through the end of Spring Training in 1927, but didn’t make his season debut with Pittsburgh until the middle of May. He pitched 12 games during the 1927 season for New Haven, going 6-4, 2.60 in 83 innings. For the Pirates he went 0-3, 5.86 in eight relief appearances, pitching a total of 27.2 innings. His last appearance with the team was an in-season exhibition game and he did not take part in the World Series. Nichols would be taken by the Giants in the 1927 Rule 5 draft. After leaving Pittsburgh, he pitched 33 more games in the majors over four seasons, finishing with a 1-8, 7.19 record in 122.2 innings. His son Chet Nichols Jr, pitched nine seasons in the majors between 1951 and 1964.

Bunny Brief, first baseman for the 1917 Pirates. He was one of the best home run hitters in the minor leagues ever. Brief hit 342 homers over a 19-year career that began during the deadball era. He wasn’t all power, he was also a pretty good hitter, batting .331 in the minors, which included ten straight .300 seasons to finish his career. However, his time in the majors matched his last name and he showed neither the average nor power he was famous for in the minors. Brief spent the 1912-13 seasons with the St Louis Browns, playing a total of 100 games with a .230 average and one homer. He next appeared with the 1915 White Sox, batting .214 with two homers in 48 games. After hitting .314 with 33 homers in the Pacific Coast League in 1916, Brief got his last chance at the majors, making the 1917 Pirates. He would play 36 games before returning to the minor leagues, hitting .217 with two homers. The first home run he hit with Pittsburgh came off Grover Alexander, the Hall of Fame pitcher with 373 career wins. The next homer came the next day, off Erskine Mayer, who would go on to pitch for the Pirates the next season. Brief returned to the minors in June of 1917, and finished that season (and the next 11 years) down of the farm without making it back to the majors. He is known in baseball history by the name Bunny Brief, but his actual given name is Anthony Grzeszkowski.

Williams: This All Certainly Feels Familiar, in a New Kind of Way
Yesterday at 3:50 pm