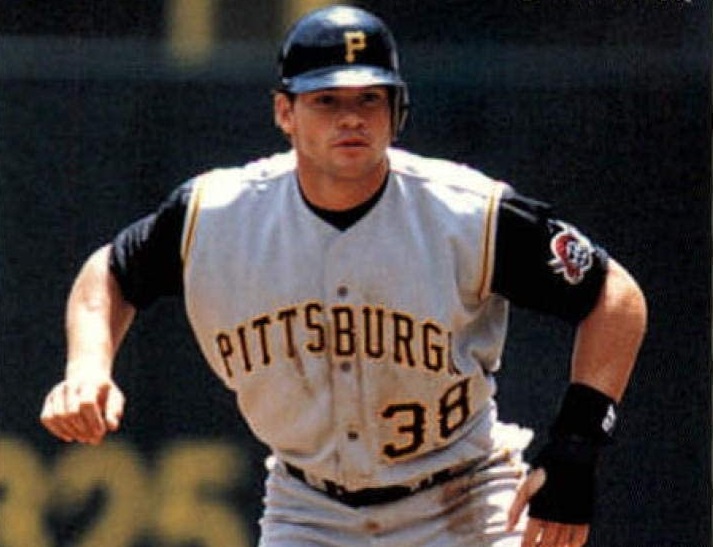 Three former Pittsburgh Pirates players born on this date including one of the lesser known Hall of Famers in team history. We also have two quick game recaps.

John Lamb, pitcher for the 1970-71 and 1973 Pirates. He was originally signed by the Pirates out of high school in 1964 as an amateur free agent. Lamb spent his entire 11-year pro career in the Pirates system, getting three calls to the majors along the way. He did not have a start to his minor league career that made him look like a future Major League player. As a 17-year-old playing in the Appalachian League for the Salem Rebels, Lamb went 1-9, 5.21 in 76 innings. He had a dramatic turnaround after just one year, posting a 3.00 ERA in 135 innings at single-A, showing much better control than he displayed his rookie season. Lamb struggled in 1966, then came back with another strong season for Clinton of the Midwest League in 1967, throwing 175 innings with a 2.52 ERA. The Pirates moved him to a relief role in 1968 and he really took to the bullpen the following year when he had a 1.95 ERA in 50 appearances, winning 11 games.

After six seasons in A-ball, Lamb finally made it to Double-A in 1970 and pitched even better than the previous season. He went 5-2, 1.47 in 30 games with 11 saves and he allowed just 36 hits in 69 innings. He earned a promotion to Triple-A, though his stay there was brief. After twenty solid innings, in which he gave up just one earned run, Lamb was called up to the majors for the first time in early August. He pitched 23 games for the Pirates over the last two months, posting a 2.78 ERA with three saves and a 1.11 WHIP. Despite that strong showing, he was back in Triple-A for the entire 1971 minor league season, before getting a September recall to the Pirates. Lamb pitched just two games in Pittsburgh, throwing 4.1 scoreless innings.  His 1971 season almost didn’t happen due to an ugly incident during early Spring Training. While facing Dave Cash in late February, Lamb was hit in the head by a line drive. In early April, he had to undergo surgery for blood clots.

Lamb had two strong seasons of Triple-A in a row, with excellent numbers in the majors, but he couldn’t make the Pirates out of Spring Training in 1972 and pitched poorly in the minors. He was the last pitcher cut during Spring Training, yet never played in the majors that season. He returned to form in 1973, going 6-0, 1.42 in 31 appearances at Triple-A, earning an early July call-up. Lamb pitched 22 games for the Pirates that year, throwing 29.2 innings with a 6.07 ERA and two saves. After spending all of 1974 in the minors, he retired from baseball, finishing his Major League career with an 0-2, 4.07 record in 47 games. Until surpassed by Pat Clement in 1986, he had the most appearances in a Pirates uniform without a win.

Heinie Manush, pinch-hitter for the 1938-39 Pirates. He was in his 16th season in the majors in 1938, when the Pirates signed him on August 30th. He began the year with the Dodgers, but after a month he was sent to Toronto of the International League. It was the first time since 1922 that Manush had played in the minors. The Pirates signed him to serve as a pinch-hitter and emergency outfielder over the last month of the season, as they tried to make a run at the NL pennant. He pinch-hit 15 times that year, collecting four hits, two walks and four RBIs. Heinie (first name was Henry) served a similar role at the beginning of the 1939, though he had no success, going 0-for-12 with a walk. On June 7, 1939, the Pirates decided to get rid of Manush when they had a chance to sign Chuck Klein. The move was unique in that they were getting rid of one future Hall of Famer to pick up another. In was the end of the Major League career for Manush, though he wasn’t done in baseball. He finished the 1939 season in the minors, then managed for the next six seasons down on the farm, playing at least one game all six years. During his career in the big leagues, Manush hit .330 with 110 homers, 1,183 RBI’s and 1,287 runs scored. He had over 2,500 hits, nearly 500 doubles and 160 triples. Only 16 players in Major League history have played as many seasons as Manush and hit for a higher average. He was inducted into the Hall of Fame in 1964 by the Veteran’s Committee.

Harry Cassady, right fielder for the 1904 Pirates. He attended Illinois Wesleyan University and was the first player from that school to make the majors. It would be 22 years before the next would make it. Only nine Major Leaguers have attended that school, and none that have played in the last 35 years. Cassady began his pro career in 1902, playing three years for Bloomington of the Three-I League before joining the Pirates in August of 1904 for his Major League debut. In his first game on August 8th, Cassady (called Cassidy by the papers) batted lead-off and played right field, going 2-for-5 with two runs scored in a 15-5 loss to the Phillies. The next day the Pirates acquired outfielder Moose McCormick from the Giants, and he would soon move to right field in place of Cassady, while utility player Otto Krueger played left field. At the time, Hall of Fame outfielder and team manager Fred Clarke, was out injured.

Cassady then got some more playing time after sitting out a few games and the scouting reports on his arm and speed both were favorable. Clarke was working hard with him on his defense and the Pirates seemed high on him, but days later the Pirates began playing a rookie out of college named Lew “Bull” Smith. On September 1st, after not playing for a week, the Pirates loaned Cassady to a team from Youngstown, OH and he never returned to Pittsburgh. He played for the Washington Senators at the beginning of the 1905 season, then after ten games, he spent the rest of his career in the minors. Cassady spent his last six seasons of pro ball (1907-12) playing for the Denver Grizzlies of the Western League. He played 12 games for the Pirates, all in right field, hitting .205 with three RBIs and eight runs scored.

On this date in 2002, Adam Hyzdu hit two homers and drove in seven runs in a 15-6 win over the St Louis Cardinals. Coming into the game, Hyzdu had two homers and seven RBIs for the Pirates in 2002, so he doubled both stats in one day. Here’s the boxscore and play-by-play for the game.

On this date in 1959, the Pittsburgh Pirates and the Kansas City A’s played the annual Hall of Fame game in Cooperstown, NY. The game ended in a 5-5 tie in the sixth inning, while the A’s were batting with the bases loaded. Bill Mazeroski homered twice in the game. Here is our Game Rewind article.