The One Who Got Away: Jack Pfiester 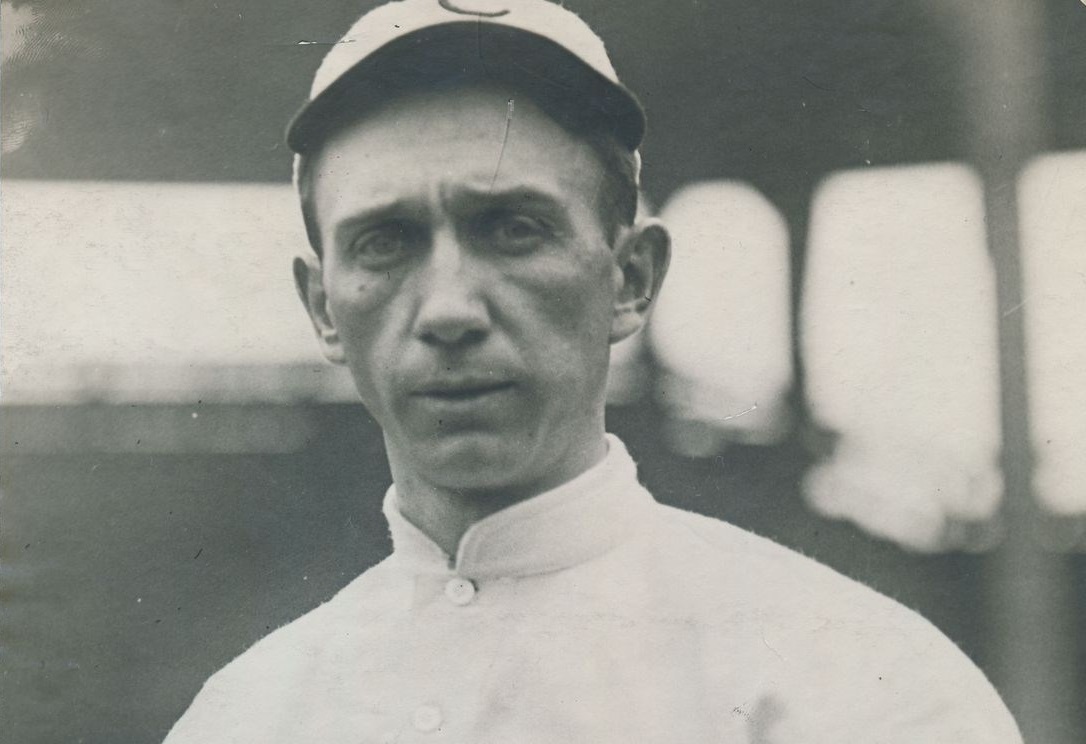 In this installment of The One Who Got Away, we are taking a look at a key member of the Chicago Cubs 1906-08 National League title run, at a time that the Pittsburgh Pirates were also a strong contender each year. Lefty Jack Pfiester had an ERA well under 2.00 during that three-year stretch, but he could have been putting those numbers up for the Pirates instead, only if they were a little more patient with him to start his career.

Pfiester was no phenom who burst onto the scene at a young age. His big league debut happened in September of 1903, 3+ months after his 25th birthday. He was actually in the majors for a very brief time in 1901 with the Baltimore Orioles (current day NY Yankees, though there is an asterisk there that I won’t get into here), but he didn’t get into any regular season games. He had three full minor league seasons before the Pirates signed him out of the Pacific National League in early September of 1903. He joined the Pirates days later and was immediately thrust into action against a strong Chicago Cubs team. The Pirates were in first place at the time and thought the 25-year-old Pfiester would be able to handle the pressure in his debut.

Pfiester went 19-16, 2.78 in 288 innings in the minors in 1903, playing for a team called the San Francisco Pirates. His teammate “Home Run” Joe Marshall also made the trip to Pittsburgh with him. Pfiester debuted on September 8th and was pitching well against the Cubs until the ninth inning. That’s when Chicago was able to string together some hits and push four runs across the board. The Pirates scored one in the ninth, but came up short in the 7-6 decision. All four runs he allowed actually came with two outs in the ninth, so he was one pitch away from a strong debut.

Despite the loss, the fans were impressed with their new pitcher. He threw very hard according to the papers, with good control and a looping curveball that he could throw for strikes. He also showed great poise on the mound and wasn’t rattled by the loss.

Pfiester made his second start six days later against the Philadelphia Phillies, This contest didn’t go so well. Some poor defense, including two errors by Honus Wagner, led to Pfiester being knocked out of the game after four innings. He allowed three runs in both the third and fourth innings, after opening with two scoreless frames. The local papers blamed the loss on the defense and said that the crowd was angered over the effort of their first place team.

Pfiester got one more start before his teammates went on to play in the first World Series, taking the second game of a doubleheader against Brooklyn on September 19th. The Pirates won the opener in a 12-10 slugfest that went a little longer than normal for games back then, finishing in two hours and 12 minutes. Yes, that was longer than normal, two-hour games were rare unless they went extra innings. So when game two started a short time later (they used to take about 5-10 minutes between doubleheaders back then) the two clubs were playing with some time constraints. With no lights at any fields, once darkness set in, games were called.

Pfiester threw a six-inning complete game, but did not pitch well, giving up eight runs. He was pinch-hit for in the sixth, but the game was ended before a new pitcher came in for the Pirates. The game time was one hour and 25 minutes, with a delay in the middle when Pirates third baseman Otto Krueger was beaned with a pitch and had to be carried off the field. It’s possible that Pfiester didn’t pitch as poorly as the line indicates, as four of the runs were scored shortly before the game was called due to darkness. The Pittsburgh Press also noted in their game recap that the Pirates made a few poor defensive plays that were costly.

In three starts for the 1903 Pirates, Pfiester tossed two complete games and he gave up 13 earned runs in 19 innings. He walked ten batters and picked up 15 strikeouts.

Right before Spring Training of 1904, it was said that Pfiester had the inside track at the lefty spot in the rotation. The Pirates had another young southpaw at the end of 1903 named Lave Winham. He was let go, despite better results in his outings. It was clear that Pfiester had the better potential at the time, even if Winham looked better on paper. The Pirates were also without 1903 starter Ed Doheny due to a mental breakdown right before the World Series. That also opened a spot for Pfiester.

Spring Training began a bit later in 1904, with Pfiester and a small group of players getting to camp on March 22nd. That was just 24 days before Opening Day. Eight days after he started his training, Pfiester was dealing with two issues. His arm was sore and he had tonsillitis. Pfiester noted a few weeks earlier that he was throwing well, so it wasn’t a conditioning issue with the sore arm, though it could have been from throwing over 300 innings in the previous season.

When the team left to play some exhibition game on the way to St Louis for Opening Day, Pfiester was among a group of three players who remained in Hot Springs, Alabama, home of Spring Training for the Pirates. They were all staying for extra conditioning. While they didn’t go on the trip, all three were said to be meeting their teammates in St Louis for the opener. It was not a good spring for Pfiester between his issues and missed time, but he still made the Opening Day roster and he was the starter for the fourth game of the season.

On April 18th, Pfiester faced the Cincinnati Reds and had a rough first inning, but settled things down and picked up his first big league win by a 6-5 score. He got praise for his fielding and he added a triple and run scored to help his own cause. The Reds scored three runs in the first with help from the sun, with second baseman Claude Ritchey losing one ball that dropped for a hit, and another pop up caused a collision between the first baseman (Kitty Bransfield) and catcher (Harry Smith).

The Reds and the Pirates ended up playing back-to-back series, with three games in Cincinnati, three in Pittsburgh, then back to Cincinnati for the final game, which was on a Sunday. Major League games weren’t allowed in Pennsylvania at the time on Sundays due to local blue laws, so they needed to finish the series in Ohio. Pfiester started the Friday game in the second series, four days after his season debut.

On April 22nd, the Reds had little trouble with Pfiester, knocking him around for seven innings and this time it wasn’t poor defense that contributed to the loss. He allowed ten runs on 13 hits in seven innings before leaving for Howie Camnitz, who made his Major League debut that day.

In the final game of the Reds series, back in Cincinnati, Pfiester was called on in relief after Sam Leever was tossed from the game for arguing a balk call. Pfiester started with three shutout innings, before giving up three runs in the seventh. That was the end of his day and it wound up being his final appearance with the Pirates.

The Pirates had three pitchers at the back of their pitching staff and not enough innings for all of them. Pfiester, along with Bucky Veil and 20-year-old Lew Moren, were all done with their 1904 season in the majors at this point, but that wasn’t known at the time. What was known was that the Pirates didn’t need all three of them. Veil was nursing a minor injury, so he got a bit of a pass. Moren was said to be favored over Pfiester, so the latter was cut by the Pirates. Weeks later, Pfiester signed with Omaha of the Western League and had immediate success.

Pfiester won 24 games for Omaha in 1904, despite missing the first month of the season. He was back there in 1905 and went 25-11, 1.76 in 323 innings. The Chicago Cubs swooped in to sign him in late August and the rest in history (and why this article is being written).

Pfiester was immediately a star with Chicago, though he didn’t join the club until 1906. That season he went 20-8, 1.51 in 250.2 innings. Meanwhile, Bucky Veil and Lew Moren were both in the minors. Pfiester lost his debut against the Pirates, though it took them 11 innings to beat him. After that, he won five straight starts against Pittsburgh, giving up a total of five runs in those outings.

Among pitchers with at least 1,000 career innings pitched, Pfiester has the fourth best career ERA (2.02). The Cubs got a 1.85 ERA out of him in 1,028.1 innings. On it’s own, that would give him the second best ERA ever. The Pirates gave up on him after six outings, two of which showed nice potential, another two had poor defense, and three of them came within a one-week span right after he recovered from a sore arm and tonsillitis. That quick decision-making cost the Pirates, and the Cubs capitalized on Pfiester pitching well in the minors by adding him just as they were about to go on a string of three straight pennants and two World Series titles. The two pitchers the Pirates kept instead at the time of Pfiester’s release, never pitched for the team again. That makes Jack Pfiester, The One Who Got Away.