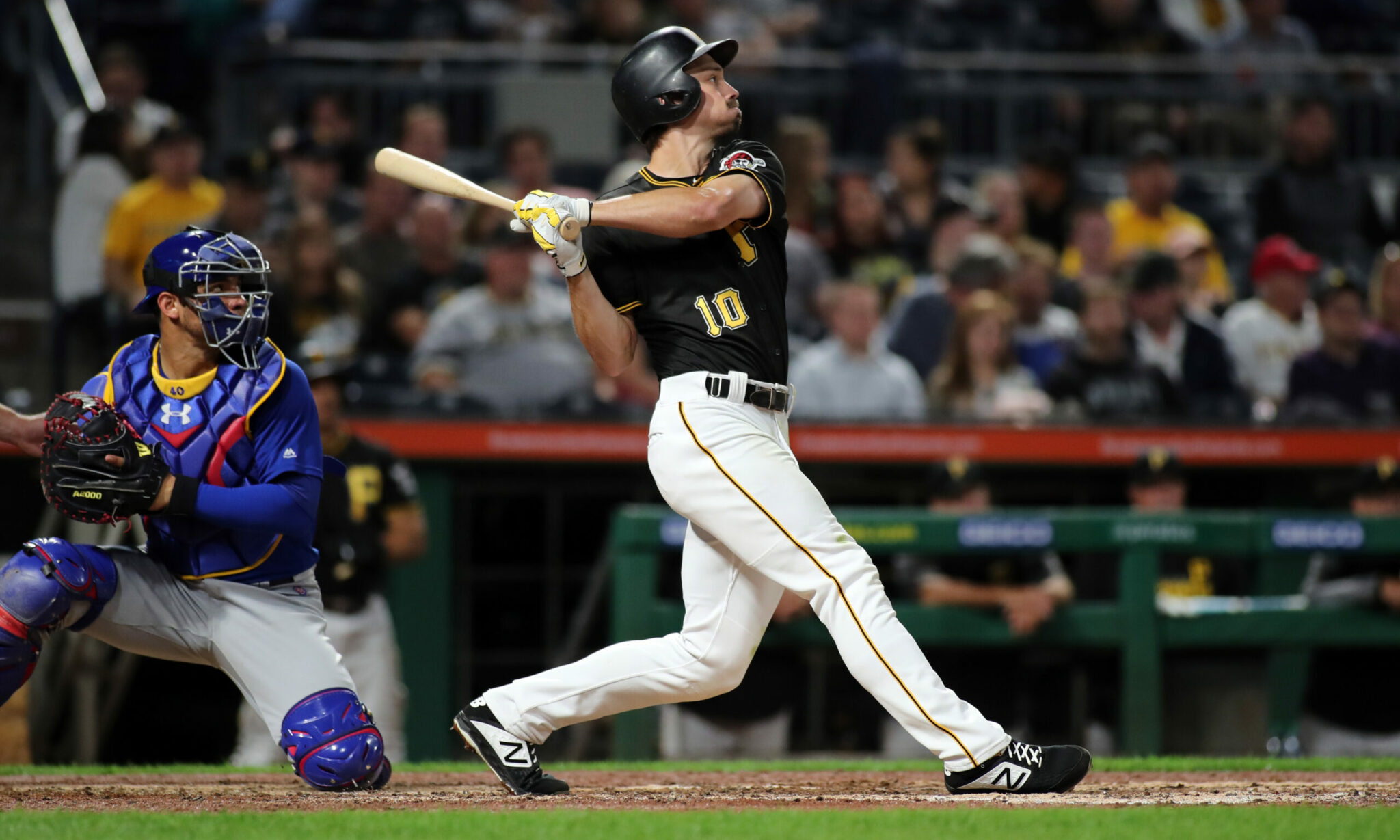 I have to admit, I’m not finding it easy to develop much enthusiasm for the Pirates’ 2020 season.  Not only did the Pirates punt the off-season following a 97-loss campaign, they’ve made it clear they’re not going into a significant rebuild either, at least not yet.

The most interesting features of this season figured to be watching a farm system that has a lot of intriguing players in it, especially at the lower levels, and seeing what the new front office intended to do with that system.  But the coronavirus took care of that.  It seems so uniquely timed to screw up the Pirates’ season that I’m convinced it was engineered by Cardinal devil scientists.

But there’s still going to be a season, sort of, and it’s still baseball.  What it’s going to tell us about this team going forward, I’m not too sure.  The Pirates have a group of players who’ve shown promise, but we’re not sure exactly what’s there.  Now we have just 60 games, if that even holds together, to draw any conclusions.  That’s really not much time and there’s every reason to question how fair a trial it’ll be, given the distractions, risks and novel circumstances.  A lot of players have made it clear they’re reluctant to play, and some in fact aren’t going to.  Even without the brief preparation time, it’d fair to say that not every player will be 100% focused.

So here’s what the position player part of the initial 30-man roster apparently will look like:

Stallings is this team’s mystery man.  He flew so far under the radar that he cleared waivers twice, yet he compiled 1.3 fWAR in just 210 plate appearances in 2019.  It’s not just strong defense, either; if you check his history, especially 2017-18, he was a perfectly competent hitter most of the time in the minors and he showed that with the Bucs last year.  Probably the biggest reservation about him is the fact that he’s never totaled 300 ABs in a season, so it wouldn’t be sensible to expect him to catch 130 games, but that’s not exactly an issue this year.  Catching depth is high on the list of this team’s problems, but Stallings himself isn’t.

Murphy gets the backup job due to Luke Maile’s broken finger.  Drafted as an offense-first catcher, he somehow morphed into a defense-first catcher.  He has shown a little pop in his limited time in the show and it surfaced in spring training (the March edition), so maybe there’s a little Mike McKenry in there.

The big questions in this infield are Bell and Newman.  Bell last year was a monster for the first two months.  For the last four months, he was the Josh Bell of yore.  The metrics showed his power in the first two months was real, but it needs to show up consistently.  The projections systems aren’t sold on Newman’s 2019 season and another negative indicator is that he’s already just a couple weeks from turning 27.  On the other hand, he’s had a history of needing adjustment time at new levels, so his 2019 performance shouldn’t be totally dismissed.  Hopefully, his defense can be dismissed, because the metrics didn’t like it much at all last year.

Adam Frazier isn’t a mystery at all.  He’s just a good player.  That includes his defense, which is way better than a lot of Pirate fans seemed to think.  Combined with very solid hitting, especially if he can get over the slow starts, that makes him an asset at second.

Colin Moran is not an asset.  His borderline-average bat combines with agonizing defense and baserunning to make him the single biggest liability on the team as long as he’s starting.  The new regime seems determined to treat Moran’s 2018-19 seasons as fake news, but reality may intrude with a closer look.  Hopefully, Ke’Bryan Hayes will be at full strength by then.

Tucker is the team’s best defensive shortstop, which no doubt is why they’re looking at him in the outfield.  Scouts have been convinced all along that Tucker has the ability to hit the ball with authority and, if you’ve seen him during the occasional stretches when he’s getting his lower half into his swing, it’s believable.  But it’s got to happen more regularly or he’s just a glove-only utility player.

Riddle and Gonzalez are good defensive players who can’t hit.  They’re also cheap.  The main difference between them is that Riddle makes outs from the left side of the plate and Gonzalez from the right.  And Gonzalez is slightly cheaper.

Evans is actually a little interesting and may provide a little offense off the bench, something that’s going to be severely lacking from this team.  He’s been a solid-to-good hitter since he got to AA and has a bit of power.  His range in the infield isn’t great and you’re unlikely to see him at short.

This outfield is likely to be awful on a biblical level unless Gregory Polanco returns quickly.  There’s just nothing to recommend it apart from Reynolds.  He’ll at least be interesting to watch, to see how he follows up his 2019 season.  The projection systems have reservations, probably in large part due to his .387 BABIP.  But his worst BABIP in the minors was .362.  I’m not sure his 2019 season was unrealistic, or at least not more than marginally so.  Anyway, he’s something to look forward to.

Dyson is a good defensive player who can’t hit.  And he’s cheap.  He once had elite speed, but at just under 36, he’s now just very fast, according to Statcast.  He’s bad against RHPs and helpless against LHPs, so platooning would be a good idea.

Heredia is a good defensive player who can’t hit.  And he’s cheap.  He’s helpless against RHPs, but a platoon in center may not be in the offing while Polanco is out, because Heredia may be starting in right.  Some of the metrics don’t like him much in center, although he’s very strong in the corners.  Statcast, however, likes him everywhere.

Osuna figures to get a lot of chances somewhere this year.  He should be playing third at least against LHPs, but Evans could get that role, too.  Or Gonzalez, which would be a terrible idea since he can’t hit.  It’s wouldn’t be the worst idea ever to let Osuna play third until Hayes is available.  He’s better defensively than Moran and he’s capable of scoring from second on a triple.  He’s also dropped a lot of weight.  With Polanco gone, Osuna should get some time in right; he has a good arm.  It shouldn’t be forgotten, though, that in a full season’s worth of ABs in the majors, Osuna has put up just a poor 88 OPS+.

Brito will probably get a spot on the early, 30-man roster thanks to Polanco’s absence.  He’s a toolsy player who’s never developed like the scouts hoped.  And he’s cheap.  He’s been overmatched in very brief MLB action, but has shown some power in AAA.  He’s almost 28, so we’re not talking about a prospect here.

At least some folks are assuming this will mainly be Osuna, but the Pirates should use the DH to get ABs for Tucker, with Newman or Frazier at DH some days, and eventually for Hayes, with Moran or somebody else at DH.  It doesn’t make sense to put Bell here, as they might as well find out whether the new throwing motion will help him defensively.