This Date in Pittsburgh Pirates History: June 30th, the McWilliams and Hanrahan Trades 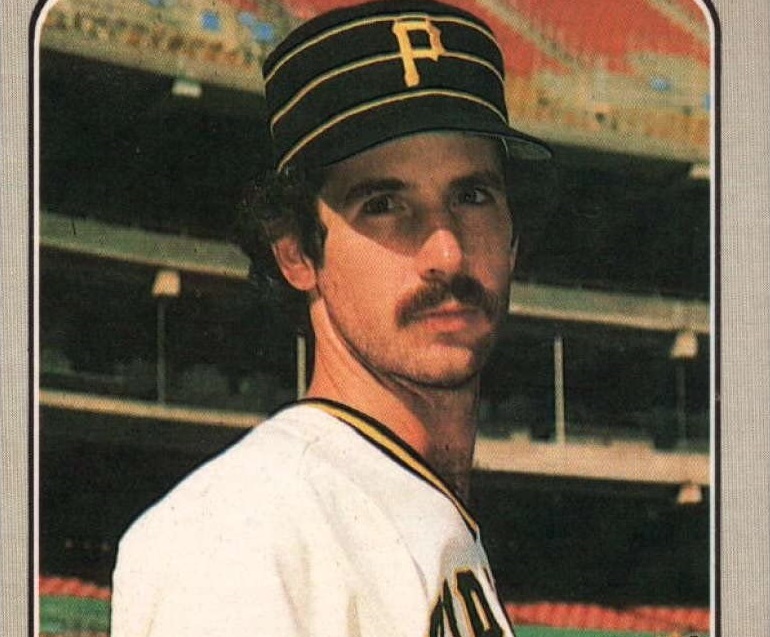 Two trades of note and seven former players born on this date.

On this date in 1982, the Pirates acquired Larry McWilliams from the Atlanta Braves for Pascual Perez and a player to be named later. McWilliams was a tall, lanky, 28-year-old lefty, that was moved to the bullpen after struggling for two seasons as a starter. He had a strong rookie season in 1978, but four years later, he was 2-3, 6.21 in 27 appearances for the 1982 Braves. Perez had spent half of the 1981 season with the Pirates, going 2-7 3.96 in 13 starts and four relief appearances. In 1982, the 25 year old was back in AAA, where he remained until the trade.

After the deal, Perez became an All-Star for the Braves, although that star quickly faded. He won 29 games between the 1983-84 seasons, then dropped to 1-13 in 1985 and didn’t pitch the following season. He returned in 1987 for five more seasons, winning as many as 12 games (1988) in a year. In September, the Pirates completed the deal, sending Atlanta minor league infielder Carlos Rios, who never made the majors. McWilliams had success with the Pirates after the trade, winning 43 games over his 4 1/2 seasons in Pittsburgh, before returning to Atlanta as a free agent in 1987. Larry won 15 games in 1983 and finished fifth in the NL Cy Young voting. That season was covered here in detail.

Also on this date in 2009, the Pirates sent outfielder Nyjer Morgan and lefty pitcher Sean Burnett to the Washington Nationals in exchange for outfielder Lastings Milledge and reliever Joel Hanrahan. The two outfielders in this deal basically canceled each other out. Milledge was a big prospect at one point, but he had some off-field issues and his career never panned out. Morgan was a 33rd round pick who scratched his way to the majors, putting up a 6.8 WAR in seven seasons, though most of it came after he left Washington. Both players had a 1.0 WAR with their new team after the deal.

The Pirates gave up on Burnett, who was their first round pick in 2000, but had a few injuries that slowed his progress. History has credited the Pirates with winning this deal, partially because Hanrahan netted them Mark Melancon in a later trade. However, Burnett pitched well for Washington, posting a 2.82 ERA over 255 appearances in five seasons. Before the Melancon trade, Hanrahan spent four years in Pittsburgh and posted a 2.59 ERA in 229.1 innings over 238 appearances. He saved 82 games and was named to the 2011 and 2012 All-Star games.

Drew Sutton, outfielder for the 2012 Pirates. Sutton was with the Pirates on May 20th, acquired from the Atlanta Braves, before being moved to the Tampa Bay Rays. A month later, the Pirates got him off of waivers from the Rays. In 24 games with the Pirates, he batted .243 with one homer and seven RBIs. He was designated for assignment in July and finished the year in the minors. That ended up being his last big league season. In his MLB career, he saw time with five teams over four seasons, hitting .256 in 128 games.

Delwyn Young, utility player for the 2009-10 Pirates. He spent eight seasons in the Dodgers system, hitting for average and power in the minors, although those numbers never translated to big league success. Young played 110 games for Los Angeles from 2006 to 2008, hitting .267 with three homers. In mid-April of 2009, the Pirates acquired him in exchange for two minor league pitchers. Young played second base, right field and pinch-hit often that first season in Pittsburgh, batting .266 with seven homers and 43 RBIs in 124 games. In 2010, he was used more off the bench, also adding third base to his resume temporarily. He hit .236 with seven homers and 28 RBIs in 110 games (72 as a pinch-hitter), getting 207 plate appearances. Young last appeared in the majors in 2010, but he played pro ball until 2016. He was a .258 hitter over 344 games and five seasons in the majors.

Chan Ho Park, pitcher for the 2010 Pirates. He was a successful starting pitcher for the Dodgers, winning 13 or more games five years straight, before signing a large free agent deal with the Texas Rangers in 2002. He went 84-58 in eight seasons for the Dodgers, but after leaving, he went just 40-40 over the next nine seasons, finishing his career as a reliever for the 2010 Pirates. From 2005 until 2010, Park played for seven different teams, including a return trip to the Dodgers. Pittsburgh took him off waivers from the New York Yankees in August of 2010 and he was used often over the final two months of the season. Park went 2-2, 3.49 in 26 appearances, throwing a total of 28.1 innings for the Pirates. He pitched in Japan in 2011 and then Korea in 2012 before retiring.

Dave Roberts, first baseman for the 1966 Pirates. He had a pro career that lasted 22 seasons, spanning from 1952 until 1973, but Roberts played only 91 games in the majors, spread out over three seasons. Ten years after his first minor league game, he made his big league debut with a new expansion team, the 1962 Houston Colt .45’s. Roberts was a September call-up, hitting .245 with ten RBIs in 16 games. Two years later, he again played for Houston, getting into 61 games that year. For most of June, he was the starting first baseman, assuming a bench role at the end of month that lasted for the rest of the season. He batted .184 with seven RBIs in 143 plate appearances that year. Pittsburgh took him in the November 1965 Rule 5 draft. He lasted a month with the team, going 2-for-16 at the plate with seven strikeouts, starting just two of his 14 games with the Pirates. In September, he was sold to the Baltimore Orioles. Roberts went to Japan in 1967, where he played the last six seasons of his career. The Pirates also had a pitcher named Dave Roberts for the 1979 World Series team.

Don Gross, left-handed pitcher for the 1958-60 Pirates. He was originally signed by the Reds in 1950, making his debut in the majors with Cincinnati five seasons later. Gross pitched three seasons for the Reds, going 14-14, 3.69 in 79 games, 34 as a starter. The Pirates acquired him on December 9, 1957 in exchange for pitcher Bob Purkey. Gross went 5-7, 3.98 for the 1958 Pirates, making 40 appearances (three starts) and picking up seven saves. In 1959, he pitched strictly out of the bullpen, getting into 21 games with a 1-1, 3.55 record and two saves. After being used only in a mop-up role through the end of May in 1960, he was sent to the minors, where he finished his career three years later. Gross had a 68-39 record in 11 minor league seasons and was 20-22 during his six seasons in the majors. He is the uncle of  long-time Major League first baseman, Todd Benzinger.

Hal Smith, pitcher for the 1932-35 Pirates. He didn’t make the big leagues until age 30, and he played all four years of his Major League career with Pittsburgh. During the 1932 season, he went 17-8 in 205 innings for Kansas City of the American Association. The Pirates acquired him in August for two players and cash. On September 22, 1932, Smith made his first Major League start, throwing a complete game shutout over the Cubs. The Pirates expected big things from him in 1933 and he didn’t disappoint, going 8-7, 2.86 ERA in 145 innings. He threw two more shutouts that season. He did not pitch well or often in 1934, missing nearly two months of the season with an illness. Smith started his first game back and got hit hard in a loss, forcing the Pirates to move him to the pen where he was used sparingly the rest of the way. He pitched just one early season game for the 1935 Pirates before being sent back to Kansas City, where he remained until his retirement at the end of the 1936 season. He went 12-11, 3.77 in 51 major league games, 25 as a starter. The Pirates also had two other players named Hal Smith, one was a catcher for the 1965 team and the other caught for the 1960-61 team.

Johnny Miljus, pitcher for the 1927-28 Pirates. He made his Major League debut in 1915, playing for his hometown Pittsburgh Rebels of the short-lived Federal League. His debut (which was also his first pro game) came on the next-to-last day of the season. When the league folded in the off-season, he went to the minors for the first time. Two seasons later he had a brief trial with the Brooklyn Robins. After serving in the military during WWI, he returned to baseball in 1919, making it back to Brooklyn the following year. Miljus went 6-3 in 28 games (nine as a starter) for the Robins in 1921, before spending the next 5 1/2 seasons in the minors. He was a successful pitcher in the Pacific Coast League, winning 47 games for Seattle from 1925 until July of 1927, when he joined the Pirates. He made six starts and 13 relief appearances for the National League champs that year, going 8-3, 1.90 in 75.2 innings. He pitched 6.2 innings in the World Series against the powerhouse Yankees team, allowing just one run. In 1928, Miljus struggled with the Pirates, going 5-7, 5.30 in ten starts and 11 relief outings. In July, Pittsburgh put him on waivers, where he was picked up by the Cleveland Indians. He spent two seasons there, before returning to the PCL to finish his career.