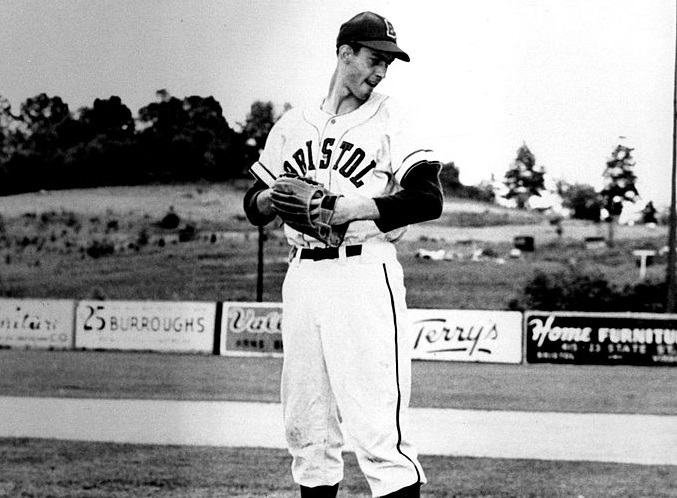 Four former Pittsburgh Pirates players born today, plus a trade the Pirates made to help with a pennant run.

On this date in 1908, the Pirates traded pitchers Tom McCarthy and Harley Young to the Boston Doves for pitcher Irv Young. The Pirates were looking to add to their rotation to make a pennant run and Irv Young was a veteran pitcher who the lowly Boston Doves were willing to move. He had a 50-78, 3.15 record in 142 games, 126 as a starter, over his four seasons with Boston. In each of his first two seasons, the 30-year-old lefty led the NL in innings pitched. McCarthy and Harley Young were both young inexperienced pitchers who the Pirates thought highly of, but neither were ready to pitch regularly for a pennant contender. Manager Fred Clarke said at the time of the deal that Irv Young would step into a regular spot in the rotation.

After the deal, Irv Young pitched well for the Pirates, but he didn’t last long in the rotation. He didn’t make a start during the last month and a half of the season. He finished with a 4-3, 2.01 record in seven starts and nine relief appearances. The Pirates actually went 32-10 after his last start, so his presence wasn’t missed in the rotation. After the season, the Pirates sold his rights to a minor league team. The other Young made just six more Major League appearances, two as a start. The 1908 season was his only in the majors, finishing with an 0-3 career record. He was also sold to the minors prior to the 1909 season. Tom McCarthy was thought to be the lesser of the two pitchers that Boston received, but he outpitched both Youngs after the trade, at least that first year. He went 7-3, 1.63 in 94 innings in 1908, then dropped to 0-5 in 1909, before finishing his career in the minors.

JB Shuck, outfielder for the 2019 Pirates. He was a minor league free agent signing for the Pirates prior to the 2019 season. He played 27 games in Pittsburgh, hitting .213 with four runs scored and two RBIs in 57 plate appearances. Shuck spent the majority of the season in Triple-A Indianapolis, where he began to pitch in relief. He had a 3.79 ERA in 19 innings, with 23 strikeouts. He left via free agency after the season and signed with the Washington Nationals, though he was released without playing a game. Shuck has a .243/.296/.314 slash line in 460 Major League games.

Ron Necciai, pitcher for the 1952 Pirates. The young fireballer joined the 1952 Bristol Twins of the Appalachian League after two unimpressive seasons to start his pro career. What he did in his short time with Bristol, which was a Class-D team (lowest level of the minors), proved to Pittsburgh that he was not only ready to move up two levels in the minors, he was also given a trial with the Pirates at the end of the year. He made two starts and four relief appearances for Bristol, pitching a total of 42.2 innings. Necciai (photo above courtesy of Getty Images/MLB Hall of Fame) allowed just ten hits and two earned runs for an 0.42 ERA. The most impressive part was his strikeouts, which are broken down below:

Necciai was moved up to the Carolina League, where he had a 1.57 ERA in 126 innings. On August 7, 1952 the Pirates called him up to the majors and gave him his first big league start three days later. He was not sharp that day, giving up seven runs on 11 hits in six innings. Unbelievably, he pitched three innings the next day and struck out five of the ten batters he faced, with the only runner allowed reaching base on a dropped third strike. Necciai had some rough outings the rest on the way, and until his last start, he was barely striking out anyone. On the last day of the season, he allowed two runs over seven innings, striking out eight batters.

The next year he was inducted into the Army before the season started. He was discharged after a short time due to stomach ulcers, which had been bothering him for awhile. Necciai didn’t return to baseball until the 1954 season. In Spring Training that year he came down with a sore arm. He left the team and said he was quitting baseball. The Pirates still held his rights and released him to Waco of the Big State League, a Class-B team. Before he pitched for them, he was acquired by the Hollywood Stars of the Pacific Coast League. In 1955, Ron pitched three times for the Stars before being returned to Waco, where he made the last two appearances of his career. A rotator cuff injury ended his promising baseball career with 1-6 7.08 record in 54.2 innings in the majors. He turns 88 years old today.

Newt Halliday, first baseman for the Pirates on August 19, 1916. He was playing in the Kentucky-Illinois-Tennessee League (referred to as the KITTY League) in 1916 when the league folded midway through their season. Halliday was signed by the Pirates in August and was on the bench during a doubleheader on August 19, 1916, when backup infielder Joe Schultz pinch-hit for first baseman Doc Johnston in the bottom of the fifth inning of game two. Schultz remained in the game and went to play second base, while Halliday entered the game as the first baseman. He handled all four chances he had in the field without an error, and he struck out in his only at-bat. It was said about him in the local paper the next day that “he is a big rangy youth, who handles himself nicely on the bag”. Halliday never got into another game that season and by the next year he was enlisted in the U.S. Navy during WWI. During his training, he contracted Tuberculosis and became very ill by March of 1918. By early April he had also come down with pneumonia. On April 6, 1918, at the age of 21, he passed away. His early death makes him one of the youngest major leaguers to pass away, surpassed by as few as three players, all from the 19th century.

Ben Shaw, first baseman/catcher for the 1917-18 Pirates. Shaw was a college graduate with two years in the minors when he made the Pirates Opening Day roster in 1917 as their emergency catcher/ backup first baseman. He was picked up off waivers from the Yankees just three weeks before the season started. It was said that he could fill the first base starting job in an acceptable manner if Bill Hinchman was unable to handle the job. The scouting report on him was that he was a promising catcher and a natural hitter. At the time of his acquisition, the Pirates had two catchers that were unsigned, both holding out for more money. As it turned out, the Pirates signed both holdouts and Shaw was returned to the minors after just two pinch hit at-bats. He went to Omaha of the Western League to finish the season, where he hit .313 in 102 games. He returned to the majors in 1918, taking up the role he was slated for the prior season. He played 21 games, getting five starts, and he hit .194 with two RBIs and five runs scored in 40 plate appearances. That 1918 season was his last as a player in pro ball, although he later managed in the minors. A salary dispute with the Pirates caused him to jump to Outlaw baseball, which got him blacklisted from pro ball until 1925, when he was reinstated.