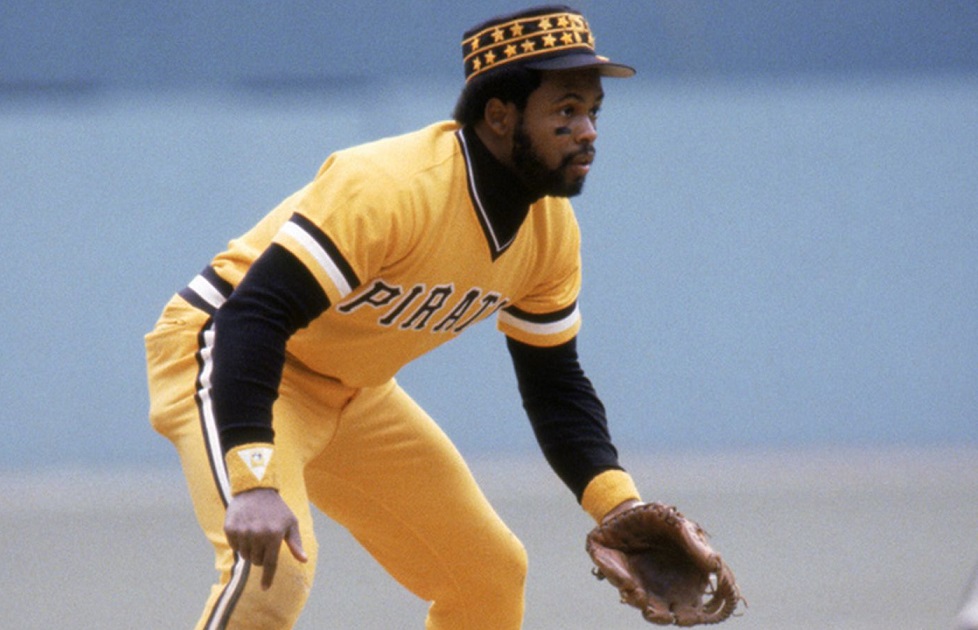 Four former Pittsburgh Pirates players born on this date, plus a trade that brought over a key part to the 1979 World Series run. Before we get into the former players, we have a current one. Reliever Michael Feliz turns 27 years old today. Feliz joined the Pirates from the Houston Astros in the Gerrit Cole trade. In two seasons with the Pirates, he has a 4.76 ERA in 104 innings over 105 appearances.

On this date in 1979, the Pirates completed a six-player deal with the San Francisco Giants that saw pitchers Fred Breining, Ed Whitson and Al Holland go to the Giants in exchange for pitcher Dave Roberts, infielder Lenny Randle and third baseman Bill Madlock. The key to the deal ended up being Madlock, a 28-year-old, two-time batting champ, who was hitting just .261 with the Giants prior to the deal. He exploded with the Pirates, batting .328 with 44 RBIs and 21 stolen bases in 85 games. In the World Series he batted .350 with three RBIs as the Pirates defeated the Orioles in seven games. Madlock remained with the Pirates into the 1985 season before being traded. More on this deal in our 1979 daily recap later today.

Roberts was a 34-year-old starter-turned-reliever, who pitched 21 games, 38.2 innings for the 1979 Pirates. He was with the team early in 1980 before being sold to the Mariners. Randall never played in the majors for the Pirates, being sold to the Yankees after five weeks. Breining was a minor leaguer at the time, making his MLB debut with the 1980 Giants. He spent four seasons in San Francisco, going 27-20, 3.37 in 136 games, 42 as a starter. Whitson was 24 years old, with parts of three seasons in the majors with the Pirates. He was 8-9, 3.73 in 67 appearances with Pittsburgh, nine of those games as a starter. The Giants put him into their rotation, where he went 22-30 over 2 1/2 seasons, before being traded to Cleveland. Whitson ended up winning 126 Major League games. Holland was 26 years old, with just two games of Major League experience at the time of the deal, both coming with the 1977 Pirates. He pitched four seasons for the Giants, but his real success came as a reliever for the 1983-84 Phillies, when he saved a total of 54 games. The Pirates reacquired him from Philadelphia early in the 1985 season for Kent Tekulve, although he was gone before the end of the year, traded to the Angels in a six-player deal in August.

Kevin Polcovich, shortstop for the 1997-98 Pirates. He was a 30th round pick of the Pirates in the 1992 amateur draft. Despite the fact that Polcovich played Double-A ball in 1992, he didn’t make his Major League debut until five seasons later. He earned his first promotion to Triple-A in 1995 after hitting .317 over 64 games for Double-A Carolina. In May of 1997, Pirates shortstop Kevin Elster fractured his wrist, landing him on the 60-day DL. That opened a spot for Polcovich to make his debut. He would play 84 games that first season, hitting .273 with four homers and 21 RBIs. He injured his ankle at the end of August and the Pirates acquired Shawon Dunston to take his place. Polcovich would make the Pirates 1998 Opening Day roster and get plenty of time at shortstop, but as the season wore on and his batting average remained near .200, he saw his time diminish. He ended up batting .189 with no homers and 14 RBIs, committing twenty errors in 54 games at shortstop, although his fielding was perfect in limited time as both second and third base. Polcovich spent 1999 in the minors for the Pirates, didn’t play in 2000, then played three more years of minor league ball before retiring. His son Kaden was drafted in 2020 by the Seattle Mariners with the 78th overall pick.

Orlando McFarlane, catcher for the 1962 and 1964 Pirates. He was signed by the Pirates in 1958 as a free agent out of Cuba. The Pirates started the 20-year-old catcher off in the low levels of the minors, where he hit .311 in 68 games. The next year he added power to his game as he moved a level up, batting .299 with 19 homers. In 1960, the Pirates had him in Class-B ball, three levels from the majors. He was playing third base/shortstop and occasionally catching. McFarlane’s numbers weren’t great, but he moved up to Class-A in 1961 and batted .301 with 21 homers and 27 stolen bases as a catcher. That earned him an early season stint with the Pirates in 1962, catching eight games with an .087 average before being sent back to the minors. McFarlane spent all of 1963 in Triple-A, getting more time at third base after only catching the previous two seasons. He hit .257 with 21 homers in 122 games for Columbus. In 1964, he was with the Pirates for the entire season as a backup catcher. In 37 games, 17 as a starter, he hit .244 with one RBI in 78 at-bats.

After spending all of 1965 in the minors, Pittsburgh lost McFarlane in the 1965 Rule 5 draft to the Detroit Tigers. He spent all of the 1966 season with the Tigers, then was sold to the California Angels just as the 1967 season began. He spent parts of two seasons with the Angels, before finishing his career in the minors in 1970 with the Mets.

Mike Lynch, pitcher for the 1904-07 Pirates. He was a star pitcher at Brown University, going undefeated, before he signed with the Pirates. He came to Pittsburgh two months into the 1904 season as the team tried to find pitching help in their quest to repeat as NL champs. Lynch provided that help, going 15-11, 2.71 as a rookie, completing all 24 of his starts. His record improved in 1905 to 17-8, although he had the worst ERA (3.79) on the entire staff. For comparison, Patsy Flaherty had the second worst ERA at 3.50 and he finished with a 10-10 record. After the Pirates acquired Vic Willis, and Lefty Leifield began to emerge as a star in 1906, Lynch saw less time on the mound. He posted a strong 2.42 ERA, but only saw 119 innings of work. In 1907, his use was even more limited and the Pirates released him in June after just 36 innings. He signed with the Giants and finished the year (and his career) in New York that season. Lynch went into business for himself after the 1907 season, but still followed the Pirates closely despite being out of baseball. On June 8, 1910, he visited the Pirates manager Fred Clarke between games of a doubleheader in Boston. The team was struggling and Clarke was trying to make out a lineup to kick-start the offense. Lynch saw the manager having trouble and suggested that Clarke let him fill out the lineup, which he did. The Pirates won that game 3-2.

Frank Scheibeck, shortstop for the 1894 Pirates. He had a Major League career that spanned over 20 seasons, yet he got into just 390 games. He first played in the majors in 1887, then after one game for the Detroit Wolverines in 1888, he spent the next year in the minors. In 1890, there were three Major Leagues all in operation at the same time and Scheibeck played for the Toledo Maumees of the American Association. He was the team’s starting shortstop all season in the only year the franchise existed as a Major League team. It was the only time he played over 100 games in a season. He hit .241 with 57 stolen bases and 72 runs scored in 134 games. He led all AA shortstops in putouts, assists and errors. Scheibeck then spent the next three full seasons in the minors before reappearing with the 1894 Pirates. He hit well (.353) during that high-offense season, but the Pirates had a star-studded lineup that year, so playing time was scarce for Scheibeck, who played five different positions during his 28 games with the team. Without room for him in the lineup, he was moved on to Washington to finish the season. He remained with the Senators in 1895, hitting .180 in 49 games. He also played Major League ball in 1899 for Washington, 1901 for Cleveland and 1906 for the Tigers, his last season in pro ball. Scheibeck collected over 1,500 minor league hits during his long career.