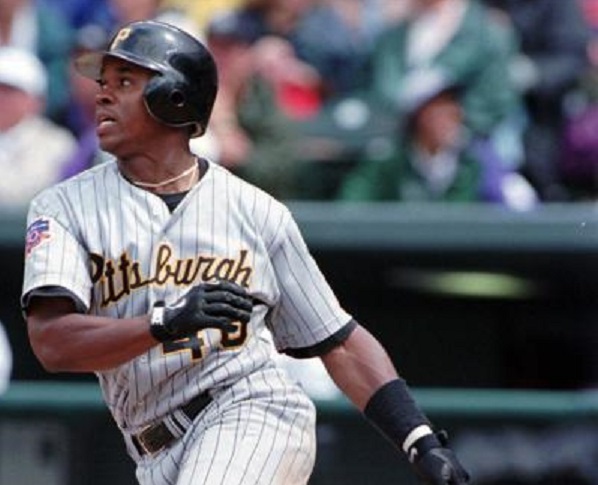 Two trades of note and six former Pittsburgh Pirates players born on this date. Before we get into them, current right-handed reliever Yacksel Rios turns 27 today. Acquired off waivers from the Philadelphia Phillies last year, he had a 5.23 ERA in 10.1 innings over ten relief appearances for the Pirates in 2019.

AJ Schugel, pitcher for the 2016-17 Pirates. He was picked up off of waivers from the Mariners, one month after Seattle got him off waivers from the Arizona Diamondbacks. Schugel debuted in the majors in 2015 with Arizona, posting a 5.00 ERA in five relief appearances. He began 2016 in Triple-A for the Pirates, but was quickly called up to the majors in mid-April. He would have three stints in the minors that year despite some solid stats in the majors. Schugel had a 3.63 ERA and a 1.04 WHIP in 52 innings over 36 appearances with the Pirates. He was in Triple-A to start the 2017 season and didn’t make the majors until early July. In 32 games over the final three months of the season, he had a 1.97 ERA in 32 innings. Schugel was injured for a large part of the 2018 season and never made it out of the minors. He did not play pro ball in 2019.

Daryle Ward, first baseman for the 2004-05 Pirates. He was signed as a 15th round draft pick in 1994 by the Tigers. Ward is the son of long-time Major League outfielder Gary Ward. Daryle was traded to the Astros in 1996 and made his big league debut in May of 1998 for Houston. He would spend five seasons there before being traded to the Dodgers in January of 2003. Ward hit .269 with 49 homers and 188 RBIs in 418 games for the Astros. In his only season with Los Angeles, he struggled badly, hitting .183 with no homers in 52 games. The Pirates signed him in January of 2004 as a free agent and he began the year in Triple-A. Ward was called up in early May and he started off quickly, batting .380 with six homers during his first two weeks with the team. His production dropped off and he missed time due to a thumb injury, finishing with a .249 average, 15 homers and 57 RBIs in 79 games.

In 2005, Ward was the everyday first baseman for the Pirates, hitting .260 with 12 homers and 63 RBIs in 133 games. He was let go after the season, signing with the Nationals for 2006. Ward played three seasons after leaving the Pirates, seeing time with Washington, the Braves and the Cubs, getting a total of 342 at-bats over that time. He finished his career with .263 average, 90 homers and 379 RBIs in 948 games. On July 6, 2002, while with the Astros, Ward became the first player to hit a ball on the fly into the water behind the right field stands at PNC Park.

Lee Hancock, lefty pitcher for the 1995-96 Pirates. He was a fourth round draft pick by the Mariners in 1988, spending two full years in their system before the Pirates acquired him on May 18, 1990 for pitcher Scott Medvin. Despite starting that 1990 season in Double-A, and getting a brief call-up to Triple-A, Hancock didn’t make the majors until September of 1995. He began his career as a starter, but by 1994, he began to pitch more in relief. For the 1995 Pirates, Hancock had a 1.93 ERA in 14 innings, spread out over 11 appearances. He made the Pirates Opening Day roster in 1996, pitching 13 times out of the bullpen before a few rough outings in May got him sent back to the minors. The Pirates cut ties with him in July, and by the end of next season he was out of baseball, never making it back to the majors. He finished with an 0-0 record in 24 appearances

Elmo Plaskett, catcher for the 1962-63 Pirates. He signed with the Pirates in 1957 after scout Howie Haak saw him during a tryout on the tiny island of St Croix. Along with Al McBean and Joe Christopher, the Pirates signed three future Major League players from the Virgin Islands during the 1955-58 time frame. Plaskett spent six full seasons in the minors before getting his first big league shot in 1962 as a September call-up. That year he hit .350 with 27 homers and 96 RBIs in 134 games for Asheville of the South Atlantic League. For the Pirates, he hit .286 in seven games with a three-run home run to his credit. Plaskett made the Pirates Opening Day roster in 1963, lasting six weeks before he was returned to the minors. He played minor league ball until 1969, but never made it back to the majors. In 1963 for the Pirates, he hit .143 (3-for-21) in ten games. He played in the Pittsburgh farm system until May of 1967.

Hank Behrman, pitcher for the 1947 Pirates. He was one of five players the Brooklyn Dodgers sent to the Pirates on May 3, 1947 for Al Gionfriddo and $100k in cash. Behrman spent six weeks with the Pirates before he was returned to the Dodgers. The trade came with an agreement that Pittsburgh could send players back if they weren’t performing well. With the return of Behrman to Brooklyn, the Pirates recouped some of the money from the deal, with reports being as much as half of the original price returned. He went 11-5, 2.93 over 150.1 innings during his rookie season in 1946, but prior to coming to the Pirates in 1947, he had pitched only twice in relief, allowing four runs in 3.2 innings. With Pittsburgh, he went 0-2, allowing 26 runs in 24.2 innings. Behrman was with Brooklyn through the end of the 1948 season, pitching mostly out of the bullpen. He finished his big league career with the Giants in 1949, then played another four seasons in the minors before retiring. He ended up with a 24-17, 4.40 record in 174 Major League games.

Jackie Hayes, catcher for the 1883-84 Pittsburgh Alleghenys. He had a strong rookie season in 1882, playing center field and backup catcher for the Worcester Ruby Legs of the National League. Hayes hit .270 with 54 RBIs in 78 games (the team played 84 games that season). Worcester folded after the 1882 season and Hayes signed on with the Pittsburgh Alleghenys. He caught in 62 of the team’s 98 games, hitting .262 with 41 runs scored and a team leading three homers. Hayes spent half of the 1884 season with the Alleghenys before moving on to another American Association team, the Brooklyn Atlantics, to finish the season. He was released on August 21st after hitting .226 in 33 games. He remained in the majors as a part-time player over the next three seasons despite batting under .200 each year. After spending the next two years in the minors, Hayes made it back to the majors in 1890 when there were three Major Leagues operating at the same time. He played 12 games for the Brooklyn Ward’s Wonders of the Player’s League that season, batting .190 and starting games at four different positions. He would finish his playing career three years later in the minors. Hayes hit .253 in 118 games for Pittsburgh.

On this date in 2014, the Pirates traded reliever Jason Grilli to the Los Angeles Angels for reliever Ernesto Frieri. The 37-year-old Grilli put in three strong seasons for the Pirates, but in 2014 he was struggling, posting a 4.87 ERA and a 1.62 WHIP in 20.1 innings over 22 appearances. After the deal, Grilli pitched well for the Angels in a short relief role. He had a 3.48 ERA in 33.2 innings over 40 appearances. Frieri had been a solid reliever for parts of five seasons in the majors, but he too was struggling in 2014 at the time of the deal. Unlike Grilli, Frieri actually got worse after the deal. He lasted just 14 appearances with the Pirates and posted a 10.13 ERA in 10.2 innings.

On this date in 1998, the Pirates traded outfielder Jermaine Allensworth to the Kansas City Royals for minor league pitcher Manuel Bernal. Allensworth was traded at the perfect time, though the trade didn’t net the Pirates anything. Bernal was a 21-year-old pitcher from Mexico, who never actually pitched for the Pirates. He was pitching in his home country at the time and remained there as an active player until 2009. Allensworth was hitting .309/.372/.429 through 63 games at the time of the trade. After the deal, the 26-year-old didn’t even last a year in the majors. He batted .205 in 30 games for the Royals, then hit .213 in 74 games for the 1998-99 New York Mets. Despite playing his last big league game in 1999, he played minor league ball until 2008.