OOTP: Pirates Open a Two Game Series With the Reds 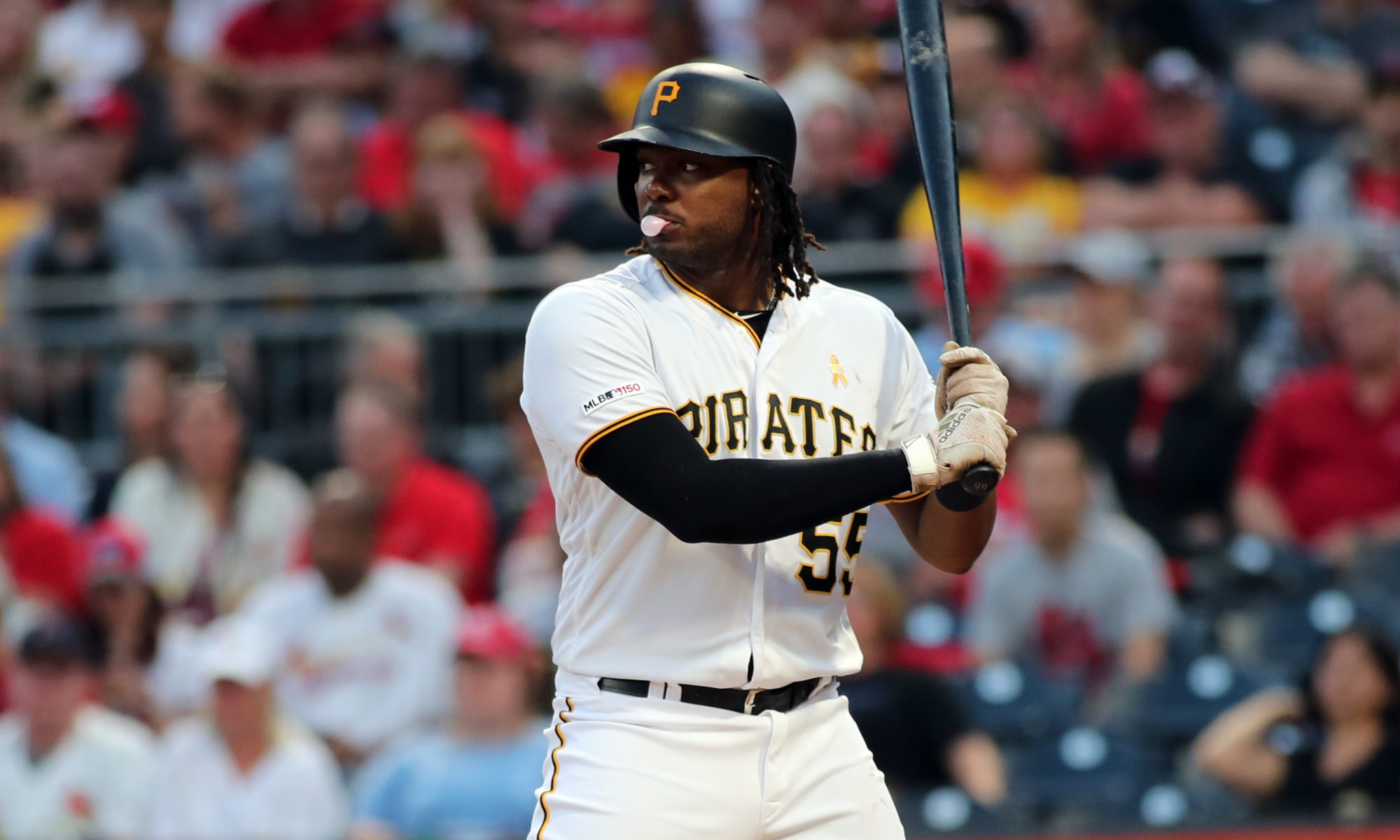 The Pirates start a two game series tonight against the Cincinnati Reds. 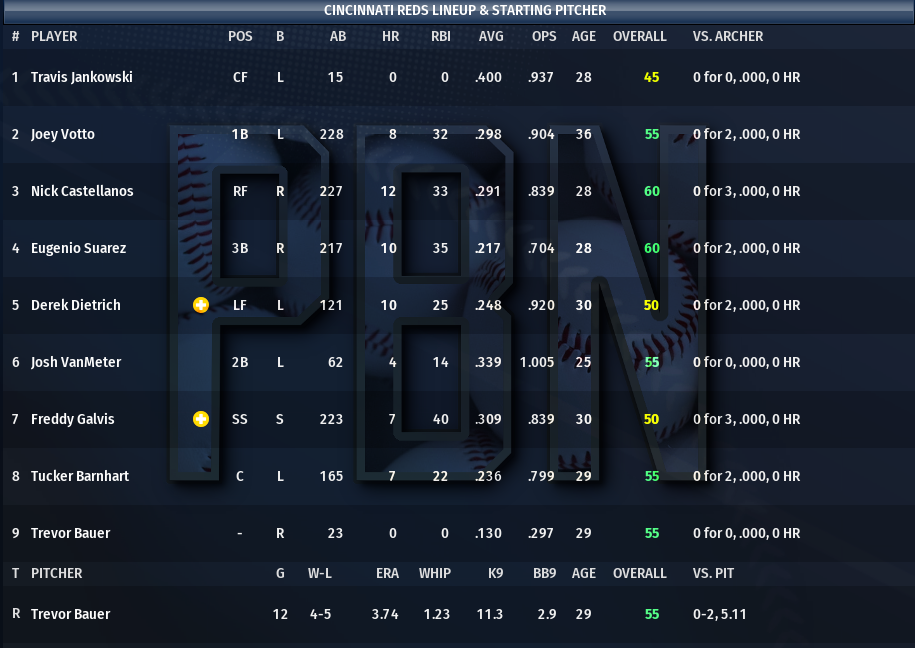 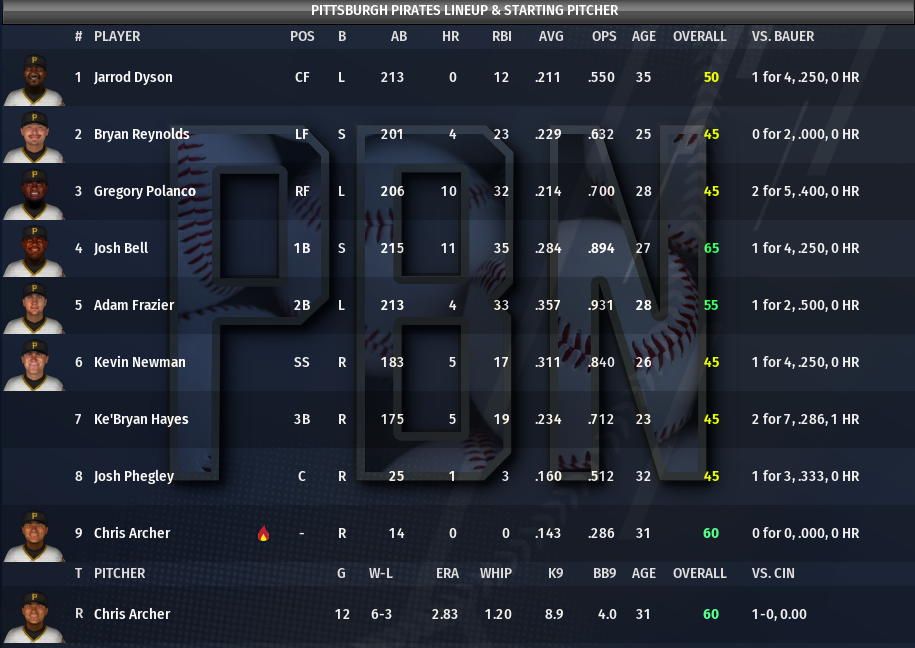 Jankowski struck out to start the game. Votto walked on four pitches. Castellanos grounded into a 6-4-3 double play.

Dyson led off the bottom half of the inning with a double on a line drive to left. Reynolds struck out. Polanco struck out. Bell grounded out to second.

Suarez and Dietrich led off with walks to put two runners on. VanMeter stuck out. Galvis grounded into a 3-6-3 double play.

Frazier led off with a walk in the bottom of the second. Newman singled on a line drive past the second baseman, with Frazier stopping at second. Hayes walked to load the bases. A wild pitch with Phegley at the plate brings in a run. Phegley singles through the right side, bringing in another run and moving Hayes to third. Archer sacrifice bunted Phegley over to second. Dyson flew out to center, with Hayes tagging and scoring. Reynolds singled on a line drive past the shortstop. Phegley was thrown out trying to score.

Archer struck out the first two batters, then got Jankowski to line out back to the mound.

Polanco walked. Bell grounded into a 6-4-3 double play. Frazier flew out to center.

Newman struck out. Hayes singled on a grounder up the middle. Phegley flew out to center. Archer grounded out to second.

Bauer grounded out to second. Jankowski singled on an infield hit. Votto struck out. Castellanos lined out to third.

Dyson flew out to left. Reynolds flew out to left. Polanco singled on a line drive to center. A wild pitch moves him to second. Bell draws a walk to put two on. Frazier singles to load the bases. Newman pops out to first.

Suarez leads off with a solo homer. Dietrich follows with a double on a line drive to left. VanMeter flies out to center. Galvis grounds out to third. Barnhart is intentionally walked. Bauer strikes out.

Hayes flies out to left. Pedro Strop is called on in relief. Phegley strikes out. Kevin Kramer enters as a pinch hitter and singles. Dyson doubles down the first base line, scoring Kramer from first. Reynolds walks. Polanco grounds out to first.

Bell leads off with a solo homer to left. Joel Kuhnel enters the game to pitch. Frazier grounds out to second. Newman flies out to left. Hayes doubles on a line drive to left-center. Phegley singles up the middle, scoring Hayes. Guillermo Heredia enters as a pinch hitter and grounds out to third.

Keone Kela enters the game for the Pirates. Dietrich strikes out. Meter flies out to center. Galvis flies out to right.

Dyson strikes out. Reynolds grounds out to short. Polanco flies out to center. 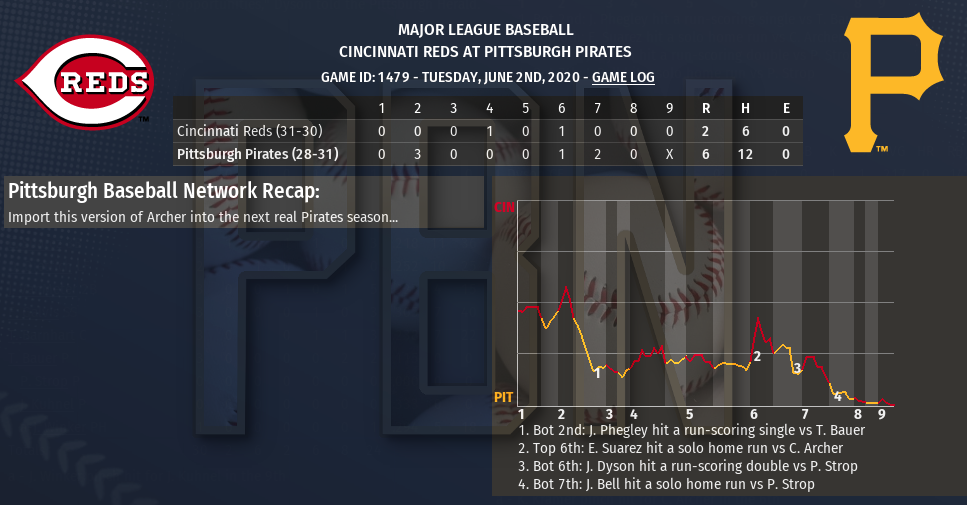 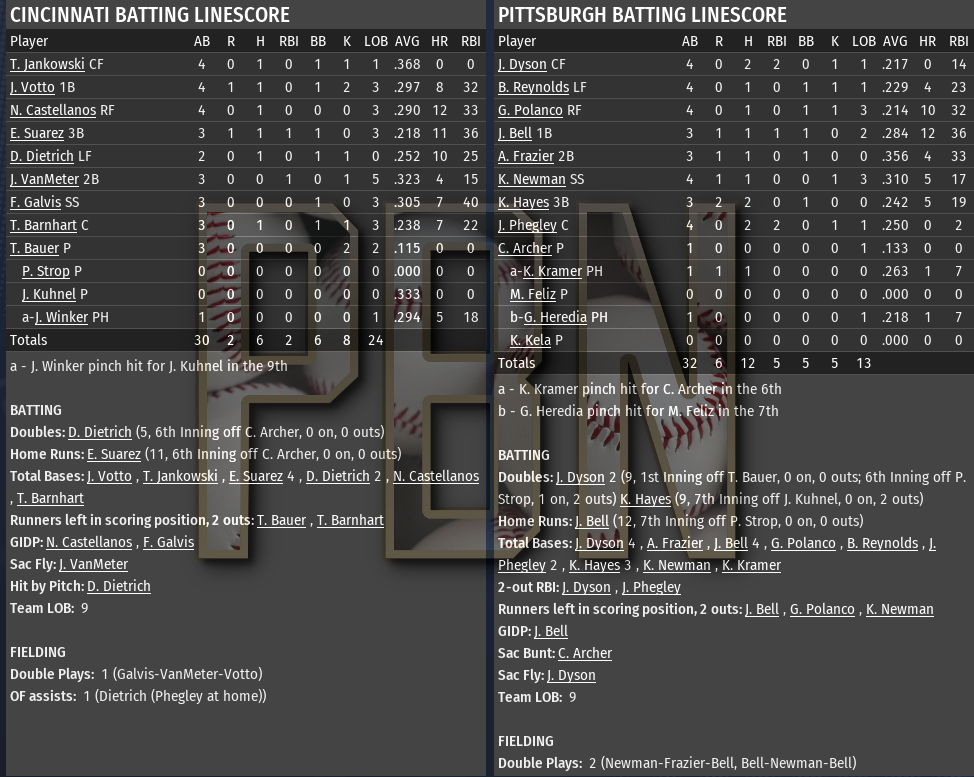 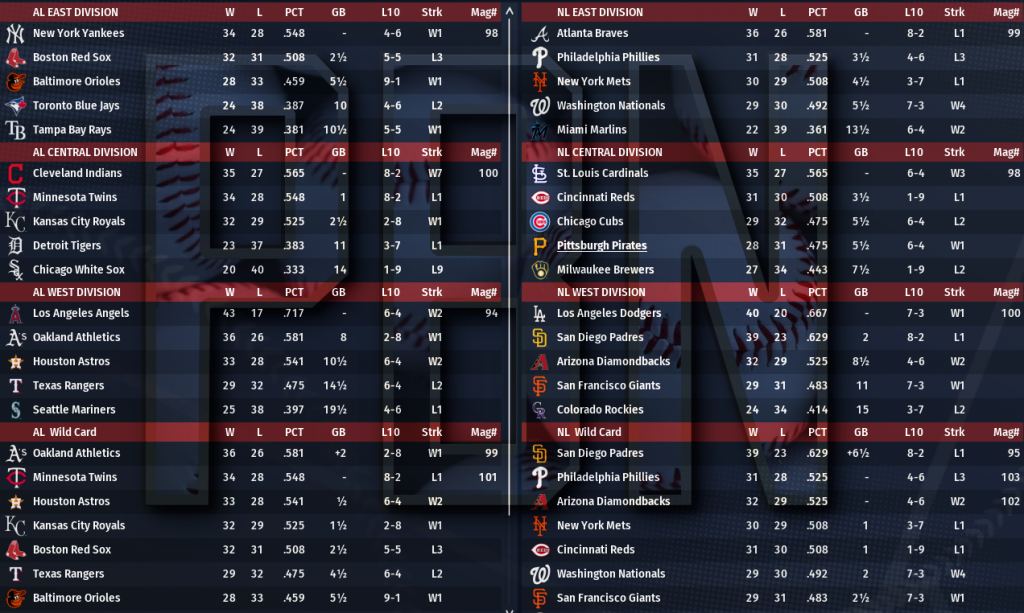 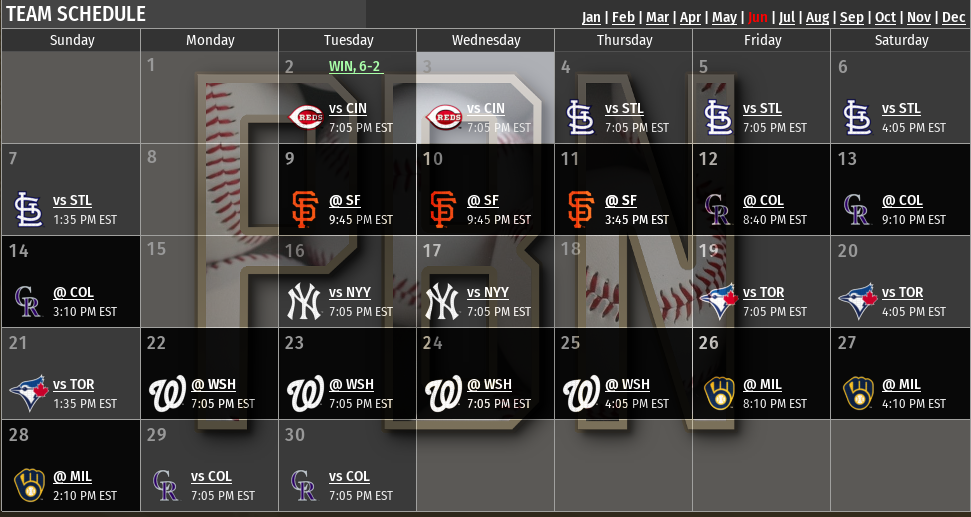