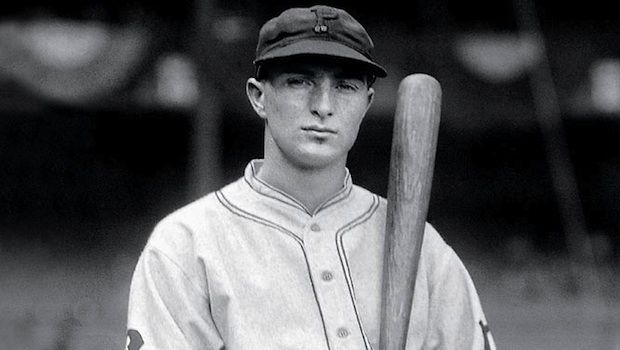 The 1926 Pittsburgh Pirates had a solid season stuck between two World Series appearances. The 1925 group won the World Series and the 1927 team made it to the World Series, only to run into the powerhouse New York Yankees at the peak of their dominance. The Pirates finished in third place in 1926 with an 84-69 record. They went into their game against the New York Giants on August 26, 1926 trailing first place St Louis by one game. Pittsburgh’s rookie right fielder made sure that they were in first place by the end of the day.

Paul Waner was 23 years old in 1926, coming off of a season in the Pacific Coast League where he batted .401 over 174 games (the teams played approximately 200 games each). He hit 75 doubles that season, which was 19 more than the second highest total in the league. He wasn’t an instant star from day one in the majors, but it didn’t take long.

The Pirates had just lost at home against Brooklyn on the 25th. The Giants were a .500 team at the time, but they had trouble against the Pirates all season, losing ten of 13 games to that point of the season. Everything lined up for Paul Waner to have a career game that day.

Waner was batting lead-off that day and he singled to start the bottom of the first inning. He scored three batters later and the Pirates sent nine men to the plate in the five-run inning.

Leading off the second, Waner hit his 25th double of the season. In the third inning, he hit an RBI single to make it a 7-1 game. He batted for the fourth time in the fifth inning and collected another single.

After the Giants mounted a comeback, Pittsburgh put up four more runs in the sixth inning, topped off by an RBI triple from Waner. That made it a 12-6 game. It was his 18th triple of the season.

Waner came up again in the eighth and doubled, giving him three extra-base hits on the day. The Pirates would win 15-7 and tie St Louis for first place.

It ended up being a 6-for-6 day for Waner, one short of the MLB record for hits in a nine-inning game. Surprisingly, he only scored one of the 15 runs that day. He had five games in his career with five hits, but this would be the only six hit day. As a side note, he had an incredible total of 55 games with four hits.

The Pirates received three hits from Pie Traynor in this contest. He scored three times and drove in three runs. Kiki Cuyler was also in the lineup, though he had a relatively quiet game with one hit and two walks.

While Pittsburgh had three Hall of Famers in their lineup that day, the entire 1-5 in the New York batting order ended up in the Hall of Fame. In order, they were Mel Ott, Freddie Lindstrom, Travis Jackson, George Kelly and Bill Terry. Kelly played for the 1917 Pirates, while Lindstrom would join Paul and Lloyd Waner in the Pittsburgh outfield in 1933. The top four in that lineup each had two hits in this game, while Terry was held hitless.

Here’s the boxscore and play-by-play courtesy of Retrosheet.