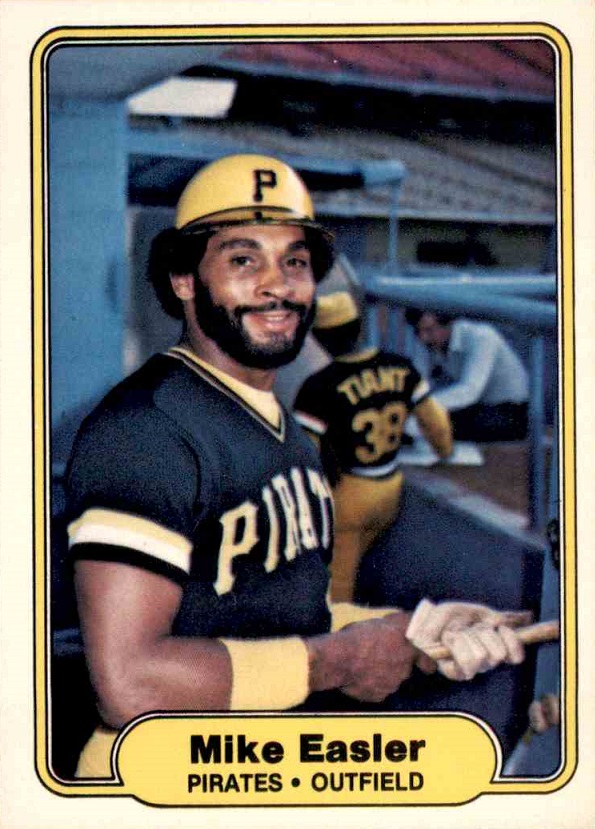 In 1982, Fleer was in their second year of putting out full baseball card sets. They had previous released some baseball cards, but in 1981 they expanded to 660 cards in the set. They returned the next year with another 660-card offering. The design was very similar year-to-year, with both having white borders, names/position/teams listed under the photo. The players photos themselves came with rounded off edges and a border around the photo that was a color used by the team pictured on the card. For example, all of the Pittsburgh Pirates cards received yellow borders around the photo.

The main difference on front of the cards is that the 1981 set had the team names in a baseball under the player photo, while the baseball was dropped for 1982. There was more of a difference on the back, with a complete change of the colors used. They went from a white backdrop and dark grey borders, to a larger blue border and a yellow backdrop for the stats.

Card #341 in the set featured outfielder Mike Easler. The Hit Man was coming off of a slightly disappointing season that followed up a big year in 1980, which we featured here. After hitting .338 with 21 homers and 74 RBIs in 132 games in 1980, Easler hit .286 with seven homers in 95 games during the strike-shortened 1981 season. Despite the drop in stats, 1981 was his only All-Star season.

Here’s the front of the card I’ve always liked the 1982 Fleer set, despite mediocre photo quality. I decided it was time to feature an early Fleer set and looked at all of my cards to pick a specific one. I landed on this card not just because of Easler, but because it also has the great Luis Tiant in the photo with his back turned to the photographer, talking to someone else. His name and number easily identifiable in the picture.

What stands out most about including Tiant is that he didn’t have his own card in the set. He also wasn’t included in the Donruss set, so his only Pirates card turned out to be the 1982 Topps. Tiant has 1981 and 1983 cards from both Donruss and Fleer, which were the other two big card companies at the time. In essence, this serves as Tiant’s 1982 Fleer card. The back of the card tells the story of how long it took Easler to establish himself in the majors, despite some strong stats during his minor league career. Even after a .352 average and 26 homers in 1976, he was back in the minors for almost all of 1977. He was 29 years old before he got his first full season of at-bats in the majors and it ended up being his best big league season. Not shown on here is that he was actually with the Boston Red Sox for five months during the 1978-79 off-season. The Pirates sold him to Boston, then traded to get him back during Spring Training.