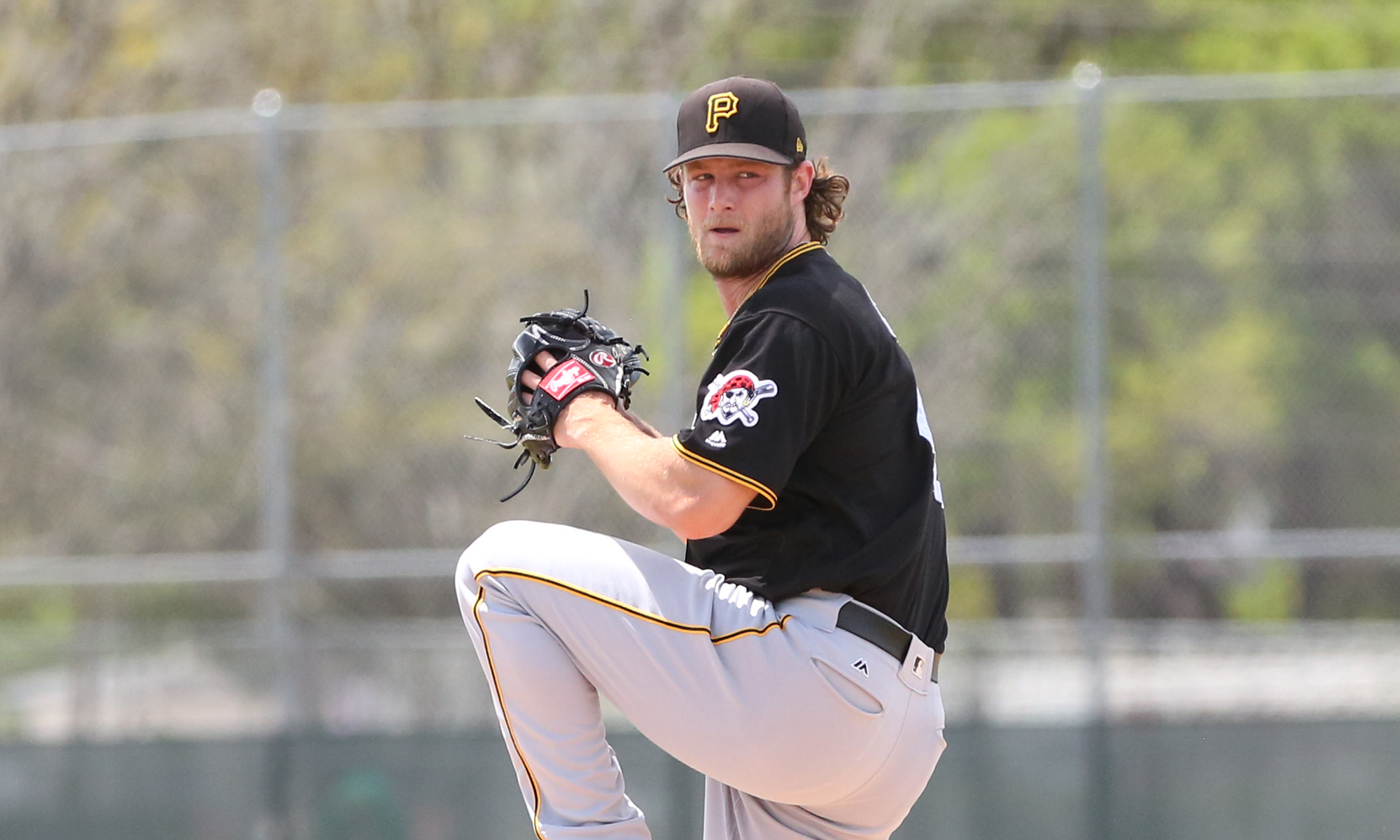 The Pirates face Gerrit Cole and the Yankees as they try to climb back to .500. 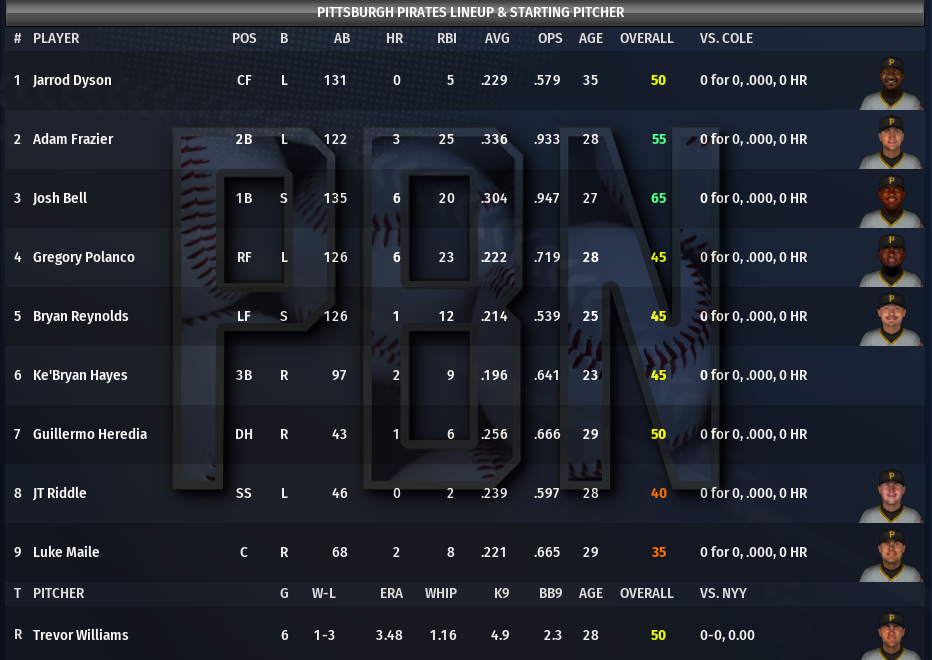 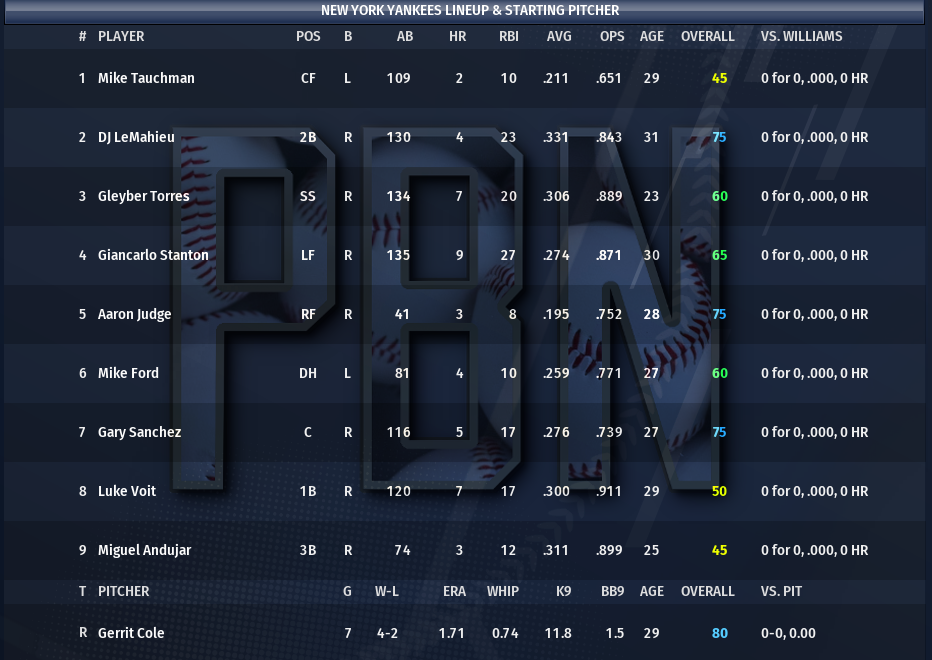 Cole struck out Dyson to start the game. Frazier reached on an infield single to third. Bel flew out to left. Polanco walked. Bryan Reynolds hit a two-run double to left-center. Hayes walked. Heredia struck out.

Williams got two quick outs, then gave up a single to Torres. Stanton hit a double to center, scoring Torres from first. Judge flew out to left.

Cole struck out Riddle and Maile. Dyson flew out to left.

Williams got a ground out and a fly out before giving up a single to Voit. A lineout to short ended the inning.

Frazier singled on a line drive to center. Bell flew out to right. Polanco struck out. Adam Frazier stole second base with Reynolds at the plate. Reynolds followed with a double to right, scoring Frazier. Hayes singled to center, scoring Reynolds. Heredia flew out to center.

Williams got Tauchman to pop out to short. LeMahieu bunted for a single. Gleyber Torres followed with a two run homer to center. Stanton doubles to left-center. Judge grounds out to first. Ford pops out to second.

Riddle flew out. Maile doubled, then moved to third on a sac fly by Dyson. Frazier singled to center, scoring Maile. Adam Ottovino comes on to replace Cole. Bell grounds out.

Sanchez walks. Voit is hit by a pitch. Andujar grounds into a 6-4 fielder’s choice. Sanchez scores on a wild pitch as Andujar moves to second. Tauchman singles on a line drive to right, with Andujar moving to third. James Marvel comes on in relief and gets LeMahieu to ground into a 4-6-3 double play.

Marvel gets Torres to ground out. Stanton strikes out looking. Judge walks, and Ford grounds into a 6-4 fielder’s choice.

Riddle draws a leadoff walk. Sam Coonrod comes on to pitch for the Yankees. Maile strikes out. Dyson grounds into a 6-4-3 double play.

Sanchez singles to left on a line drive. Voit bunts him over to second. A wild toss by Bell on the fielded bunt allows runners to move to second and third. Andujar singles up the middle, scoring two runs. Edgar Santana comes on in relief. Mike Tauchman walks. LeMahieu singles to left, scoring a run. The runners move to second and third on a fielding error by Reynolds. Torres is walked to load the bases. Stanton singles to left, bringing in two more runs. Judge hits a three run homer. Richard Rodriguez comes in to replace Santana. Ford hits a solo homer. Rodriguez gets a groundout to Riddle for the first out. A strikeout and a fly out end the inning.

Frazier flies out to left. Bell walks. Luis Avilan comes in to pitch for the Yankees. Polanco grounds into a double play.

Rodriguez gets a strikeout, then is replaced by Dovydas Neverauskas. LeMahieu singles to right. Torres singles to center. Stanton flies out to center. Judge walks to load the bases. Ford singles, bringing in two runs. Sanchez grounds into a fielder’s choice.

Reynolds is hit by a pitch. Hayes draws a walk. Heredia walks to load the bases. Chad Green comes on in relief. Riddle singles to center, scoring two runs. Maile grounds out, moving the runners into scoring position. Dyson grounds out, bringing in a run. Frazier singles to center and Riddle stops at third. Bell flies out to center.

Neverauskas hits Voit. Kyle Crick comes on in relief. He gets a strikeout, groundout, allows a walk, and finishes the inning with a fly out. 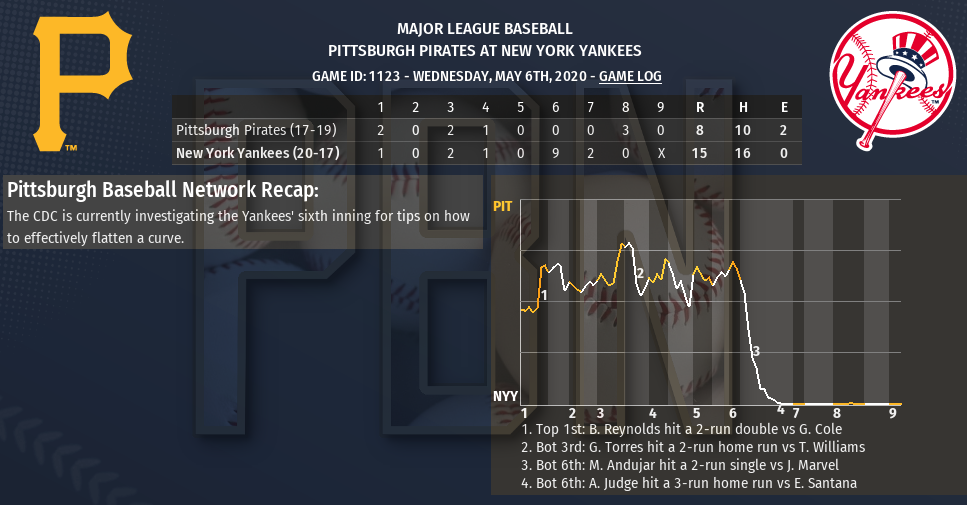 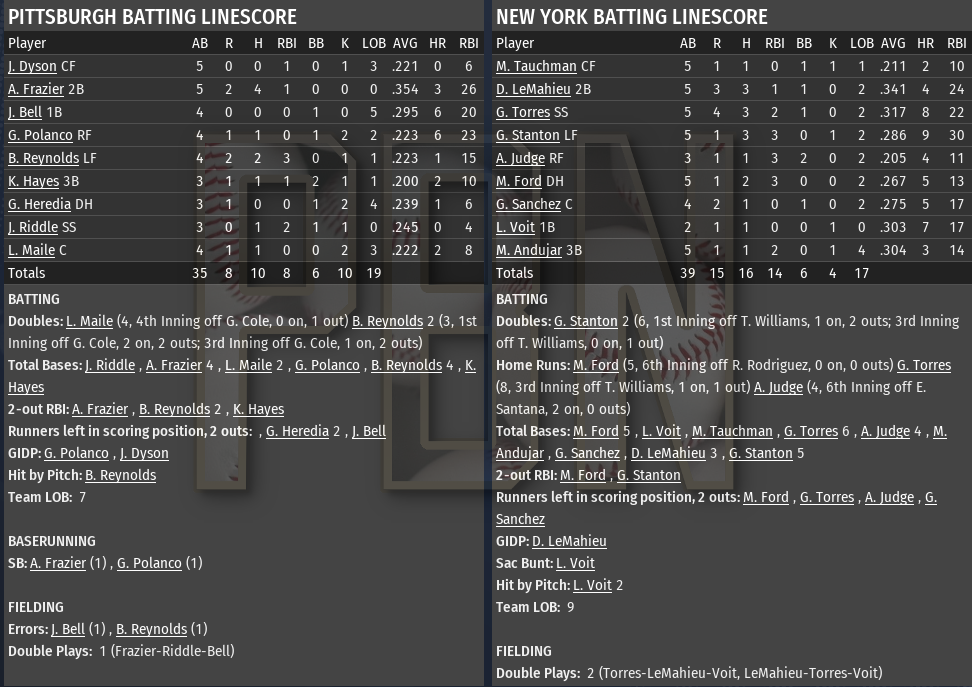 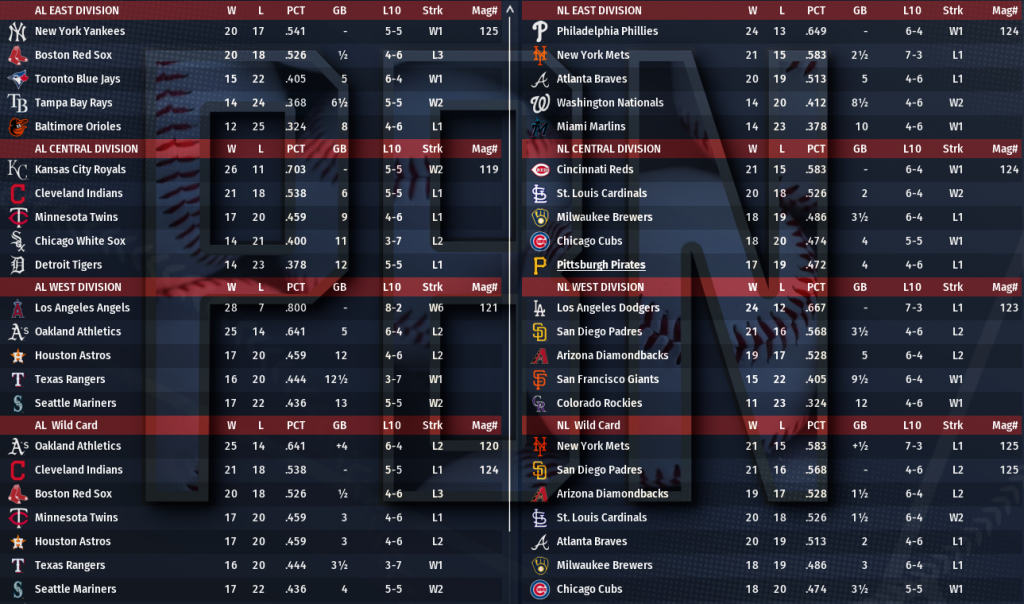 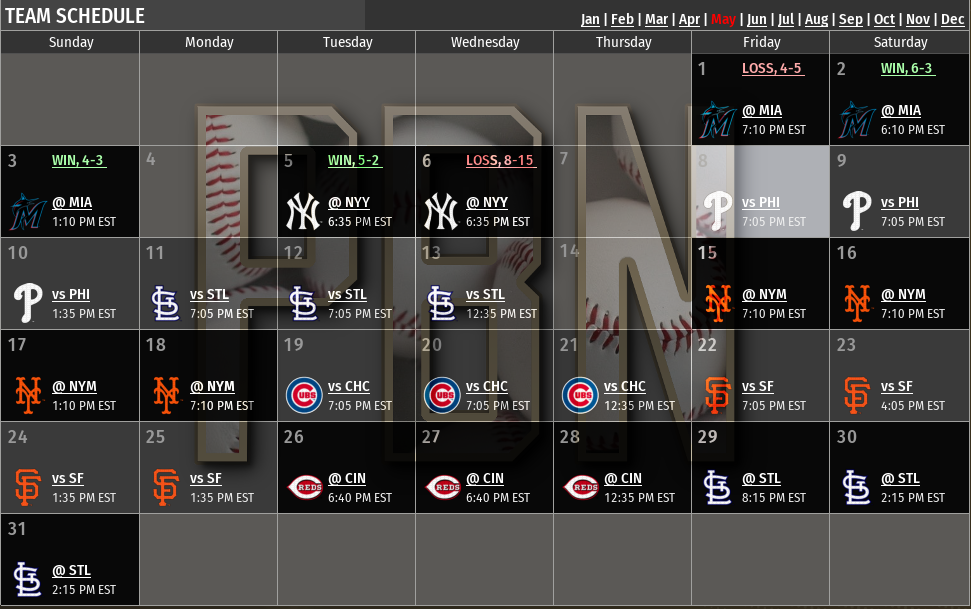