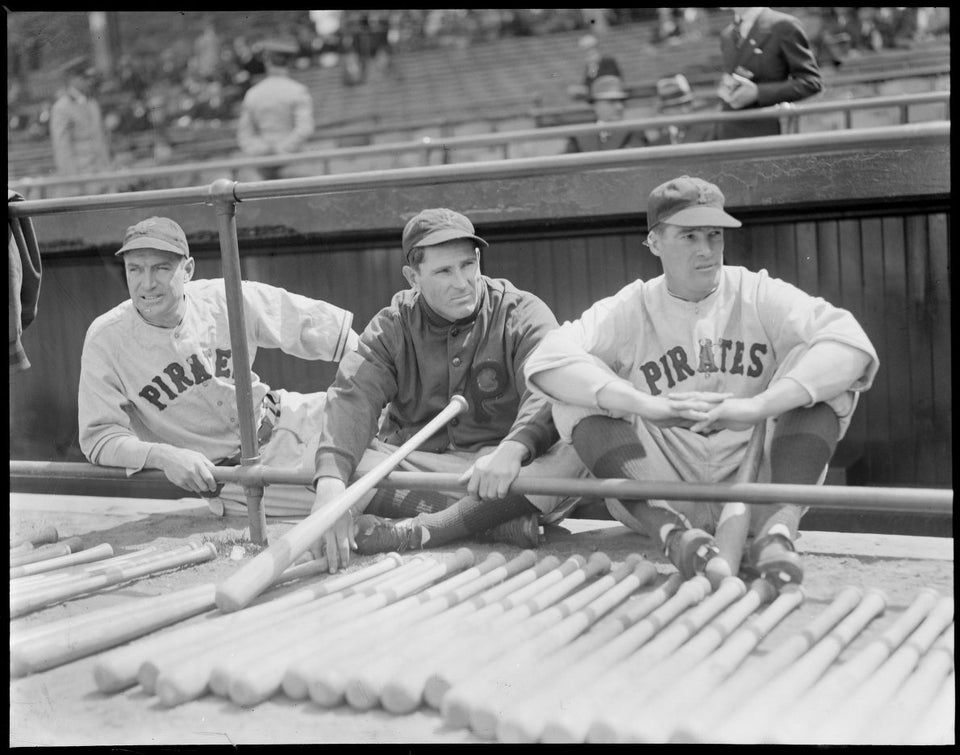 The 1937 season wasn’t exactly a memorable one for the Pittsburgh Pirates. They did well in the standings, finishing third in the National League with an 86-68 record, but there were no big seasons from any of their players and no one really remembers a third place finish. However, there was an interesting footnote tied to one of the final games of the season. The game played on September 28, 1937 was the 1,000th meeting between the Pittsburgh Pirates franchise and the St Louis Cardinals franchise.

Back in 1882, the Pittsburgh Alleghenys and the St Louis Brown Stockings were two of the original six teams in the first season of the American Association. The National League had started up six years earlier and was the only Major League until the AA showed up. The Alleghenys lasted five years in the new league before getting invited to join the National League in 1887. St Louis would join them in the NL five years later after the American Association folded. So in 1937, these two clubs were now playing each other for the 50th season.

On Tuesday, September 28th at Forbes Field, the Cardinals were a half game ahead of the Pirates in the standings. They were sending 11-game winning Si Johnson to the mound to take on 32-year-old lefty Ed Brandt, who was in his tenth season in the majors, but his first season with the Pirates. Pittsburgh was led by Pie Traynor, who had played his final Major League game against the St Louis Cardinals six weeks earlier, topping off his Hall of Fame career. The lineup for the Pirates that day included Hall of Famers Arky Vaughan, Paul Waner and Lloyd Waner.

The Cardinals had a colossal 3-4 in their lineup with sluggers Johnny Mize and Joe Medwick. They had another future Hall of Famer playing shortstop, though Leo Durocher made it to Cooperstown because of his managerial skills and not his 4.0 WAR over 17 seasons in the majors.

As you would expect with old record keeping, there wasn’t any historical significance to this game back then. The big headline was that they were playing for third place, while the New York Giants and Chicago Cubs battled it out for first place. The Pirates had a commanding lead in the head-to-head series with the Cardinals, with 590 wins, 399 losses and ten ties.

St Louis got on the board first in this game, scoring a second inning run on a single by Leo Durocher. One batter later, catcher Herb Bremer drove in the second run. The 23-year-old backstop was playing in his seventh big league game and would be part of a big play a few innings later.

Pittsburgh answered with two runs in the bottom of the second inning to tie the score. With one out and two runners in scoring position, Pep Young grounded to the third baseman Frenchy Bordagaray, who threw the ball away, allowing both runners to score. It was just the beginning of the bad play from the St Louis defense. The Pirates had a chance to break the game open in the fifth with no outs, the bases loaded and Paul Waner coming up. Ed Brandt doubled to lead-off the inning and would score the third Pittsburgh run on Big Poison’s single to left field. Joe Medwick fielded the ball quickly, but threw it away, allowing Lloyd Waner to score, making it a 4-2 game. With Arky Vaughan up, a ball clanked off the glove of the young Herb Bremer, allowing two runs to score. It was quickly a 6-2 game and five of those runs for the Pirates were unearned.

The Pirates were quiet the rest of the game, but it didn’t matter, they had their 6-2 victory and avoided a 400th loss to the Cardinals. Ed Brandt was on his game after giving up two runs in the second inning. He went the distance and allowed just four base runners over the final seven innings. This was the fourth win in a row for the Pirates. They would close out the 1937 season with ten straight wins.

Paul Waner had three hits on the day, raising him to a .358 average. He also picked up the only Pittsburgh RBI that day. Lloyd Waner failed to pick up a hit, but he had a walk, run scored and a big outfield assist, cutting down Joe Medwick at third base during that second inning to briefly keep the game scoreless. Arky Vaughan was the only Pirates player who failed to reach base. Medwick hit his 56th double of the season and added a walk. Johnny Mize had a rare 0-for-4 day.

Here’s the boxscore from this game.