First Pitch: Advice from a Pitching Coach During this Unexpected Time Off 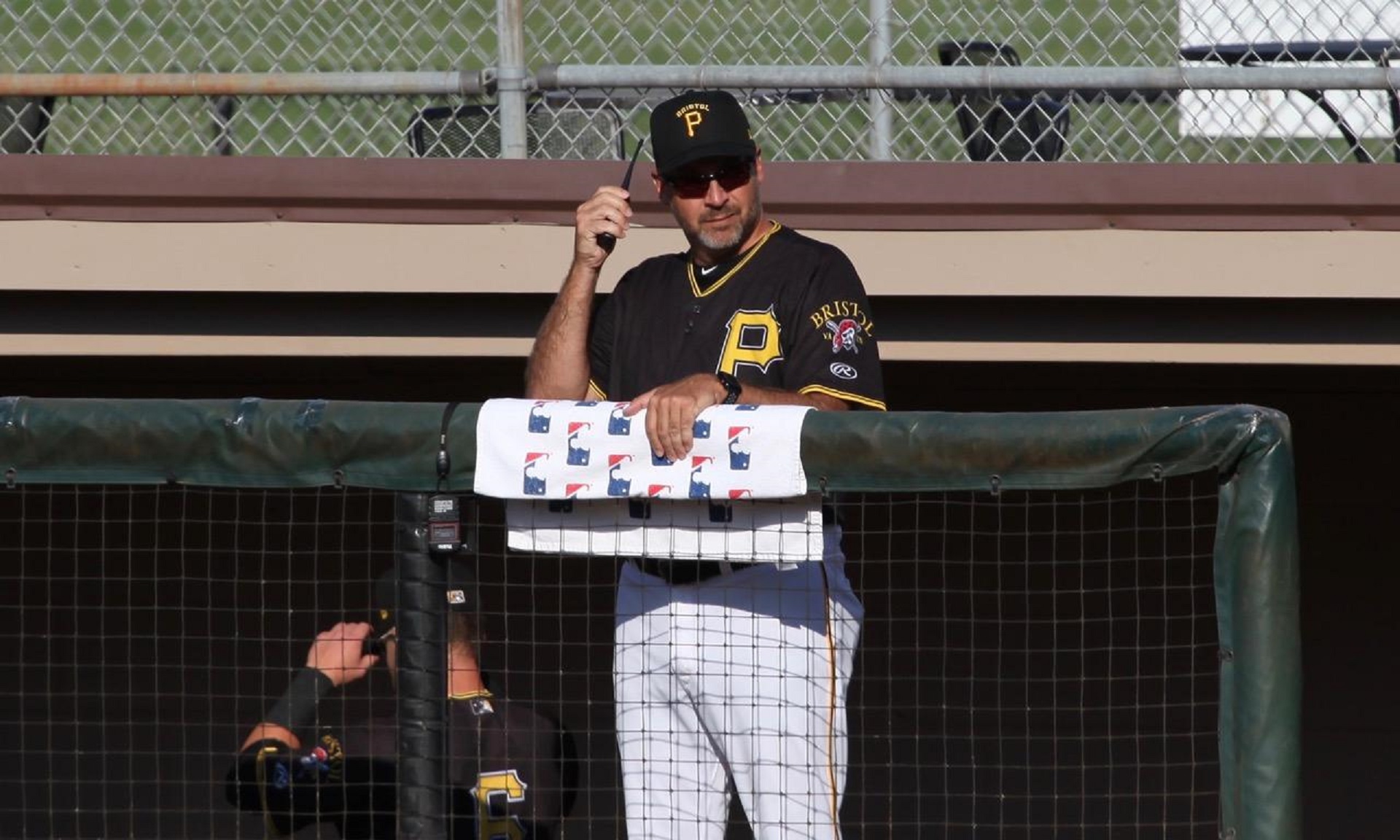 Last year at Bristol, the Pittsburgh Pirates saw their best pitching results since the team because their affiliate in 2014. The most impressive part is that it was the first year that they didn’t get any starts from a college pitcher. They were doing it with a rotation that was extremely inexperienced.

The pitching coach behind that group all year was Eric Minshall. Despite the success, he was one of the minor league coaching changes over this off-season. He moved on to a pitching coach job with the Southern Illinois Miners of the Frontier League (Indy ball), while continuing his work at The Cincinnati Throwing Club, where he’s the owner and a coach.

I noticed Minshall giving some advice to pitchers on Twitter the other day and decided to give him a bigger audience to help get the word out. There are a lot of high school and college pitchers out there concerned about scouts seeing them before the draft. There are plenty of pro pitchers who ramped things up for the season, only to have to slow things down while they wait to find out about when they will get to play. I made this article free so those players can get some advice from someone with 20 years experience in coaching.

We got together and discussed the best way for him to do this. Video wasn’t an option on short notice, so through a series of tweets, Minshall handed out his advice on how to handle this down time. Here they are:

2/4 2nd) As Ron Wolforth @TXBaseballRanch had said: “Purposeful Throwing” and having a plan is KEY. Do not go out just to throw. Know what you are trying to accomplish. Have a 7 day plan. Med, Lt,Hvy,Med,Lt, Hvy,Lt. Long toss, Flat ground, recovery are all key elements.

Minshall also added a bit of personal day-to-day stuff from his training:

“We are currently working with pitchers throughout the day to stay on a good routine. Not only are we taking care of their arms as they prepare for whatever is next, we are helping them have some “normalcy”. I have been getting a lot of feedback that we are helping to keep anxiety levels down.”

That last part might be the best advice for pitchers who are worried about the draft. The last thing a young player needs added on to the constant pressure of being judged by scouts is more anxiety. Staying on a routine gives you a sense of normalcy. You’re also going to want to continue on the path you were on because there are other players still doing their best to get better. The ones who put in the work will still be the ones getting rewarded.

Two trades for the Pittsburgh Pirates and three former players born on this date. One of the players stands out above the rest.

Manny Sanguillen, catcher for the 1967, 1969-76 and 1978-80 Pirates. The Pirates signed him as an amateur free agent in October 1964 out of Panama. He didn’t hit much his first season in the low minors but he turned it around quickly, raising his average nearly 100 points in 1966 and getting promoted to Triple-A late in the year, skipping right over Double-A. He repeated Triple-A to start 1967, hitting .258 through 71 games before getting his first chance in the majors in July. Sanguillen played 30 games for the Pirates that year, hitting .271 in 96 at-bats and he showed a strong arm behind the plate, going 8-for-14 throwing out runners. Despite those numbers, he spent the entire 1968 season in Triple-A where he hit .316 with 60 RBIs in 105 games.

In 1969 he became the everyday catcher and hit .303 with 57 RBIs in 129 games. He had a little bit of trouble behind the plate, making a league leading 17 errors, but he still threw out 44% of attempted base stealers. Sanguillen followed that up with a .325 average in 1970, helping the Pirates to the playoffs for the first time in ten seasons. He finished 11th in the NL MVP voting that year, one spot ahead of Roberto Clemente. The 1971 season would be a magical one for Sanguillen and the Pirates. He hit .319 with 81 RBIs in 138 games. He made his first All-Star appearance and finished eighth in the MVP race. The Pirates won their fourth world championship and Sanguillen had 11 hits in the World Series

The 1972 season saw him make his second All-Star appearance, thanks to his strong defense and .298 average with 71 RBIs. The Pirates again made the playoffs and he hit .313 in the NLCS. The Pirates suffered the tragedy of losing Clemente in the off-season and Sanguillen tried to take his spot in right field. It didn’t work out defensively and he was moved back behind the plate after two months. He would hit a career high 12 home runs that season, while driving in 65 runs. In 1974 he caught a career high 151 games, again helping the Pirates to the playoffs. In 1975 he made his third (and final) All-Star appearance, hitting a career high .328 that year. He played just 114 games in 1976 and he led NL catchers in errors.The Pirates traded Sanguillen on November 5, 1976 in exchange for manager Chuck Tanner. He only played one season in Oakland before the Pirates acquired him back for three players just before Opening Day in 1978.

With the return to Pittsburgh, his catching days were all but over. Sanguillen caught just 26 games over his final three seasons and spent more time at first base and in the pinch-hitting role. The Pirates won the World Series again in 1979 and he had the game-winning pinch-hit in the ninth inning of game two to tie the series up one game apiece. On December 9,1980 Sanguillen was traded to the Cleveland Indians, along with Bert Blyleven. He was released by the Indians two months later, having played 1,448 career games, 1,296 with the Pirates. He had a .299 average with Pittsburgh, scoring 524 runs and driving in 527 runners in 4,491 at-bats.

On this date in 1982, the Pirates traded infielder Vance Law and pitcher Ernie Camacho to the Chicago White Sox in exchange for pitchers Ross Baumgarten and Butch Edge. The trade really only benefited the White Sox, as Baumgarten pitched just 12 games in Pittsburgh, going 0-5 with a 6.55 ERA. He was released during the next Spring Training. Prior to the trade he had been in the Sox rotation for parts of four seasons. Edge was the sixth overall pick in the 1974 amateur draft. He had previously pitched in the majors with the 1979 Blue Jays but that would end up being all of his Major League experience. With the Pirates, he spent two seasons in Triple-A before he retired. Camacho had pitched seven games in 1981 for the Pirates, his second season playing in the majors. After the trade he played parts of eight more years in the big leagues, but for Chicago he spent just one season in the minors before being released. Law, the son of Pirates great Vernon Law, played three seasons in Chicago before they traded him to the Expos for pitcher Bob James. In 1982, Law hit .281 in 1982, then he followed that up in 1983 with 17 homers and 59 RBIs in 151 games, helping the White Sox make the playoffs.

On this date in 1893, the Pirates acquired pitcher Frank Killen from the Washington Senators in exchange for catcher Duke Farrell and $1,500 cash. Killen would go on to post two 30-win seasons with the Pirates, finishing with a 112-82 record over 5 1/2 seasons. Despite the success in Pittsburgh, his two best seasons for ERA were his first two years as a pro in 1891 and 1892. Farrell had a strong 1893 season, then was traded to the New York Giants for two players and cash. He would end up playing 13 seasons in the majors after the trade. The Pirates were able to deal him because they had Connie Mack behind the plate, the Hall of Fame manager.

Shawon Dunston, shortstop for the 1997 Pirates. The 34-year-old Dunston was in his 13th season in the majors when the Pirates acquired him on August 31, 1997 from the Chicago Cubs. After play on the date, the Pirates had a 68-69 record, but they trailed the first place Houston Astros by just 2.5 games in the standings. Dunston was hitting .284 with nine homers, 41 RBIs and 29 stolen bases in 114 games for the Cubs prior to the trade. For the Pirates he stepped right into the starting shortstop role and hit .394 with five homers and 16 RBIs, collecting at least one hit in 17 of the 18 games he played for Pittsburgh. The Pirates went 11-14 the rest of the way despite his hot hitting, ending the season five games back in the standings. Dunston became a free agent at the end of the season, playing five more years in the majors before he retired as a player. He was a .269 hitter with 150 homers in 1,814 games.

Bill Brandt, pitcher for the Pirates from 1941 until 1943. He signed with the Pirates as an amateur free agent in 1938 and pitched over 200 innings each season in the minors from 1938 until 1942, winning at least 13 games each year. He was a September call-up in both 1941 and 1942, pitching a total of five games, four as a starter, with 23.1 innings pitched. In 1943, Bill spent the entire season on the Pirates roster, pitching 29 games, three as a spot starter. He threw 57.1 innings and had a 4-1 record with a 3.14 ERA. Brandt then spent the next two years serving in the military during WWII, returning to the minors in 1946. He would retire from baseball for two years before returning for one final season in 1949, playing his last season in independent ball.

Good to see Bru back and healthy.

Thanks for asking the question. I was wondering if the…

Brubaker? We want Wilson! Hopefully he comes in long relief!

Y’all need a reality check and learn how to manage…