In case you have a chance to make it to Pirate City this spring, the Pirates’ minor league exhibition schedule is shown below.  As you can see from the schedule, all games are at 1:00pm ET unless otherwise specified, although note that games will occasionally get moved to the morning without notice or announcement.  Each game day, either the AAA and AA teams will be home and the two class A teams away, or the other way around.  Another note:  Most of the players who’ll eventually be in AAA will be with the Pirates until well into the spring, so until then a lot of players will get bumped upward a level from where they’ll open the season.

You’ll also note that most of the games are against the Orioles.  Baltimore’s minor leaguers train in Sarasota, which is about ten miles away from Pirate City.  MLB’s efforts to save travel time and money are evidently going into effect.  Of course, this also means you can see Pirates minor leaguers in Sarasota most days.  I’ve never been to the Orioles’ minor league facilities there, so I can’t offer any advice about it. 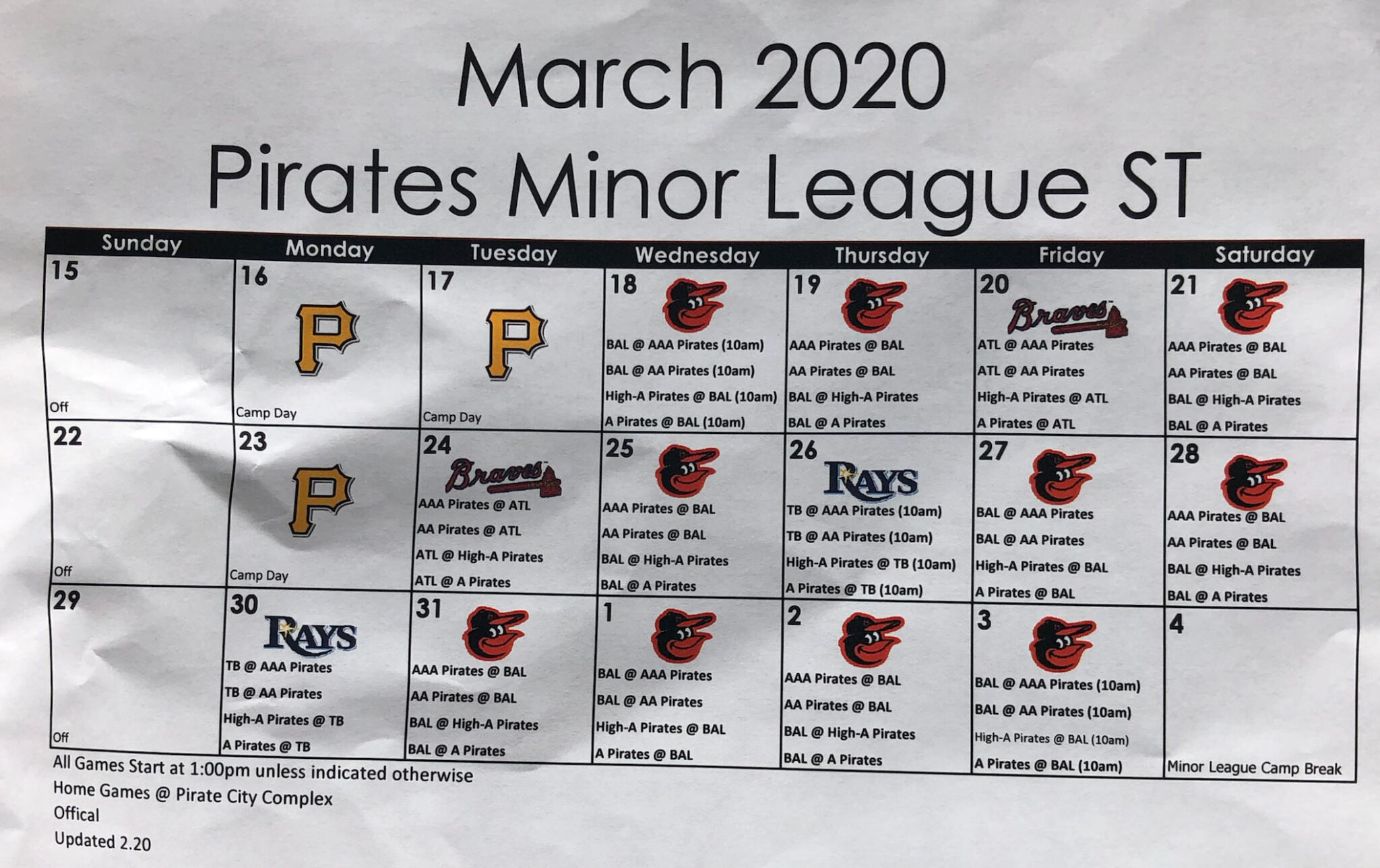 On another note, Baseball America has posted a list of ten loaded minor league teams to watch in 2020.  In keeping with their increasing emphasis on the upper minors, eight of the ten are AAA and AA teams, none of them Pirates’ affiliates.  There’s a list of five other teams to watch at the end, though, that’s made up entirely of low class A teams.  BA must have seen John Dreker’s writing about the Greensboro rotation, because the Grasshoppers are on that list.