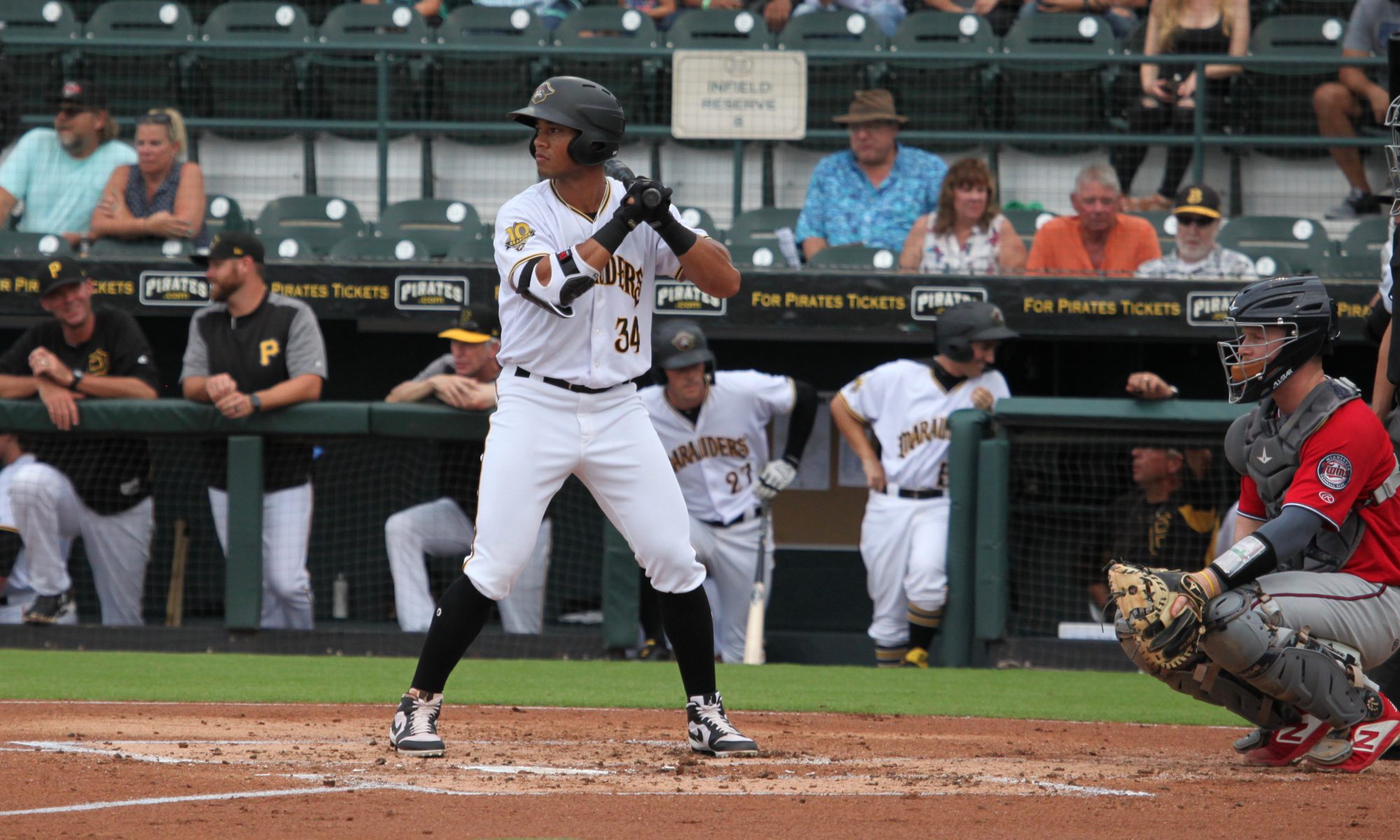 Baseball Prospectus has released its list of the Pirates’ top 20 prospects, in the subscribers’ area.  (For some reason, the article title calls it a top ten but they list a top 20.)  This follows Baseball America’s top ten list (sub. req’d) and our own top 50, which you can find in the 2020 Prospect Guide, available here.

I’m tempted to say the BP list is quirky, especially the second ten, but it’s probably more a function of the Pirates having an odd system that defies any sort of consensus.  Once you get past the top few, there’s a distinct lack of . . . well . . . exciting prospects.  What the Pirates have in abundance is position players with one or two good tools, or with solid tools but no outstanding ones, and pitchers (almost all right-handers) with good velocity, a decent breaking ball and no solid third pitch.  That makes how you rank guys heavily dependent on which ones you can envision stepping up their games in one or more areas.

The surprise ranking here is Mitchell, but it’s defensible.  He put up slightly above average numbers in a league that’s a hitters’ wasteland, and in which he was one of the youngest players.  Cruz over Hayes may, in part, stem from the fact that BP doesn’t dismiss the possibility of him staying at short (which makes me feel validated).  Sanchez is a mild surprise, considering that he had trouble with the pitching at a new level for the second straight year.

BP’s second ten is where it gets weird, at least for me.  It’s something of a mixture.  On the one hand, there are players of modest ceilings who are close to the majors, like Will Craig and Jared Oliva (like me, BP sees Oliva as a fourth outfielder).  On the other hand, there are some high-risk prospects like Mason Martin and Rodolfo Castro.

There are two pairs of players in the second ten, though, that really stick out.  There are two right-handed pitchers who’ve been dropped from the roster and cleared waivers:  James Marvel and Luis Escobar.  And there are two 2019 draftees, Jared Triolo and Matt Gorski.  I can see Triolo somewhat, as he’s a good defender at third and has some hitting ability, despite iffy bat speed.  Gorski, though, has substantial questions about his bat that he did nothing to dispel at West Virginia.  The main thing in his favor is the change from a regime that had zero success in developing hitters like him.

BP also lists a low minors sleeper, Colin Selby.  He’s another right-hander with a good fastball who needs to upgrade his secondary stuff.  The Pirates limited Selby’s workload last year, but he got in 88 very strong innings at Greensboro and could be a guy to watch at Bradenton.