First Pitch: A Look at that Large 2017-18 International Signing Class 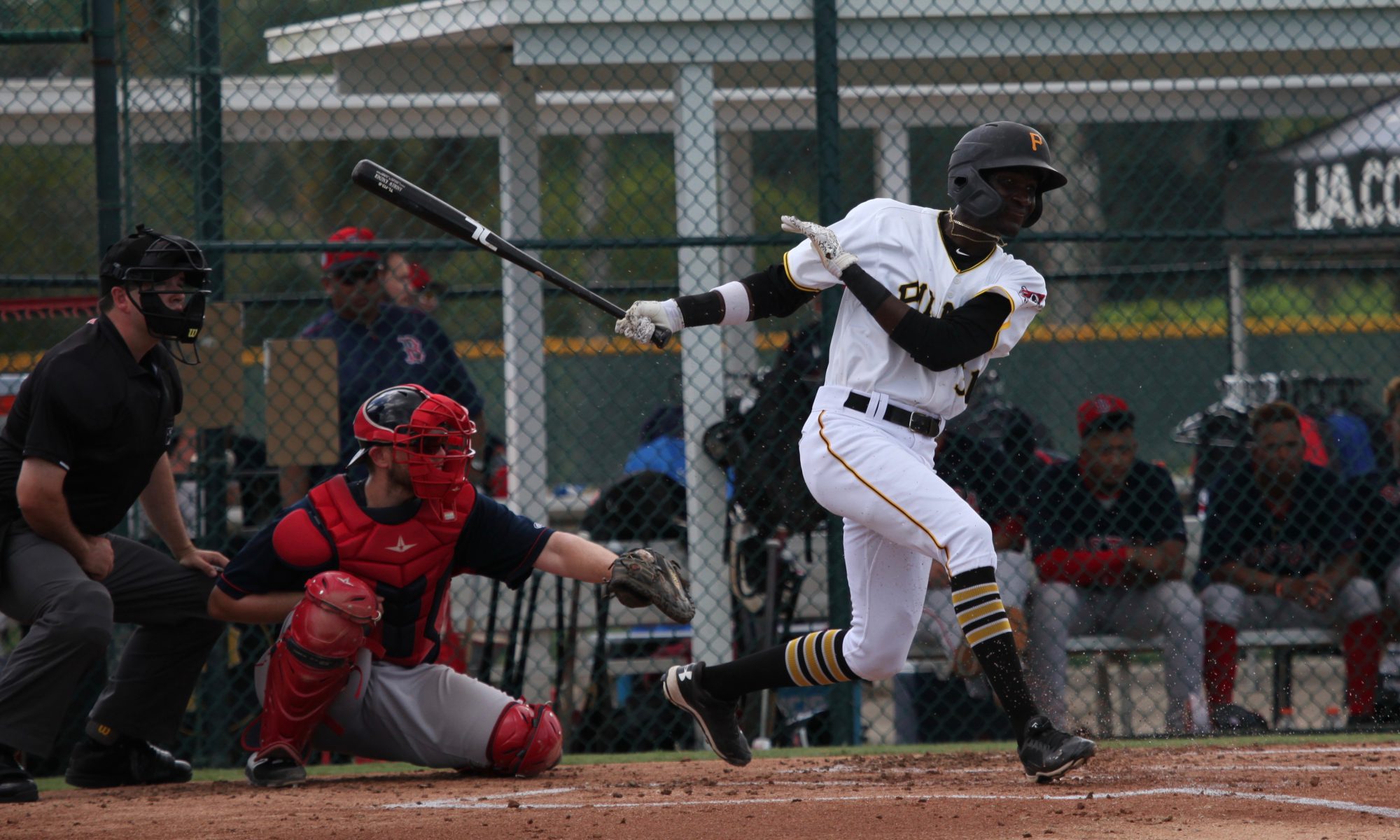 The Pittsburgh Pirates signed a total 74 players during the 2017-18 international signing period. There were two reasons for the large group. The main reason is that they decided to take on a second Dominican Summer League team, so they needed to fill out a second roster. The other reason is that two different international scouting directors ran the class for the Pirates. Rene Gayo started the class, the Junior Vizcaino took over in November and put his own name on the class by spending what was left in the bonus pool.

Vizcaino was obviously limited to what was left after all of the top players signed, but he still managed to get some nice pieces, including shortstop Ji-Hwan Bae, who became available after the Atlanta Braves were punished by MLB for shady dealings. Vizcaino made his first signing in December, then added 46 more names. You can see the entire class here, which includes a total of 77 players, with three contracts being voided due to paperwork issues. Wandi Encarnacion actually re-signed this July, so he is in the system now.

The Pirates were able to “add” to their $5,750,000 pool by signing six players from Mexico. Those players only received 25% of their bonus (their summer league team received the rest) and that’s all that counted against the bonus pool. That rule has been changed, so teams can no longer expand their pool by going heavy with players from Mexico.

We are going to go much deeper on this signing class in the spring update of our 2020 Prospect Guide, but for a Sunday First Pitch article, I wanted to do a quick top ten list strictly from this signing class.

My dad played drums in a band for many years and this was the song my grandfather requested from them whenever he went.

Three former Pittsburgh Pirates born on this date, plus two trades of note, both involving Hall of Fame pitchers.

On this date in 1967 the Pittsburgh Pirates traded pitcher Woody Fryman, minor league third baseman Don Money and minor league pitchers Bill Laxton and Harold Clem to the Philadelphia Phillies for Hall of Fame pitcher Jim Bunning. This trade didn’t work out well for the Pirates, despite Bunning coming off of a second place finish in the Cy Young voting that season. He went 14-23, 3.84 in two seasons for the Pirates, before being traded to the Dodgers for a package much smaller than what they gave up to acquire him. The Phillies didn’t get anything from the two minor league pitchers (Laxton pitched two games for them), but easily got the best of the deal with the other two players. Fryman pitched 18 years in the majors, while Money was a four-time All-Star third baseman, though his best years were after the Phillies traded him.

On this date in 1905, the Pirates traded infielder Dave Brain, first baseman Del Howard and pitcher Vive Lindaman to the Boston Beaneaters in exchange for Hall of Fame pitcher Vic Willis. Boston got decent production from their three players, but Willis made this trade a major win for the Pirates, despite playing just four seasons in Pittsburgh. He won over 20 games each season while averaging 302 innings pitched per year and he had a 2.08 ERA in his 160 games. He helped them to their first World Series title in 1909 by going 22-11.

Art Howe, infielder for the 1974-75 Pirates. He began his career in 1971 when he was signed as an amateur free agent by the Pirates. He was called him up in 1974 after he was hitting .338 in 60 games at Triple-A Charleston. Howe played 29 games his rookie season, mostly as a third baseman and he hit .243 with 10 runs scored and five RBIs. He was with the Pirates for most of the 1975 season, getting 162 plate appearances in 63 games, but he hit just .171 with ten RBIs. Following the season the Pirates traded him to the Astros for veteran second baseman Tommy Helms. Howe became an everyday player in 1977 and he hit .269 in seven seasons in Houston. He also recorded 1,129 wins as a Major League manager.

Joe Nealon, first baseman for the 1906-07 Pirates. He played three seasons in California, his home state, prior to the Pirates signing him just before his 21st birthday. As a rookie in 1906 he was the only player on the team to play in all 154 games and he would lead the NL with 83 RBIs, to go along with 82 runs scored and a .255 batting average. He hit .257 in 105 games the following year, then became ill and returned to his home. He played the next two seasons in the minors in California, but contracted typhoid fever and passed away at the age of 25 in April of 1910.

JJ Clarke, catcher for the 1920 Pirates. He played just three games for the Pirates, but Clarke had a long career with three very interesting footnotes. Clarke came to the Pirates as a waiver claim in November of 1919 from the Philadelphia Phillies. He hit .242 in 26 games for the Phillies in 1919, then for the Pirates he went 0-for-7 with two walks in two starts behind the plate and one pinch-hit appearance. That was the end of his big league career, but he continued on in the minors another five seasons. Clarke was not a power hitter, belting six homers in his nine-year big league career. In his last eight seasons of minor league ball, he hit a total of eight homers. So this may come as a huge surprise to most, but he holds the single game record for homers.

On June 15,1902 while playing for Corsicana in the Texas League, Clarke came to the plate eight time and hit eight homers. The story goes, that his team wanted to play on Sunday, so to avoid Blue Laws, they moved their game to a High School field out of town. Everyone on his team hit well that day on the smaller field, but no one else came close to what Clarke did. Clarke’s second claim to fame was the fact that he caught a perfect game in 1908 thrown by Hall of Famer Addie Joss. The third footnote for him wasn’t as enviable as the first two feats. He was in the majors from 1905 until 1911, then went eight years before he played big league ball again. In 506 career games, he hit .254 with 127 RBIs.