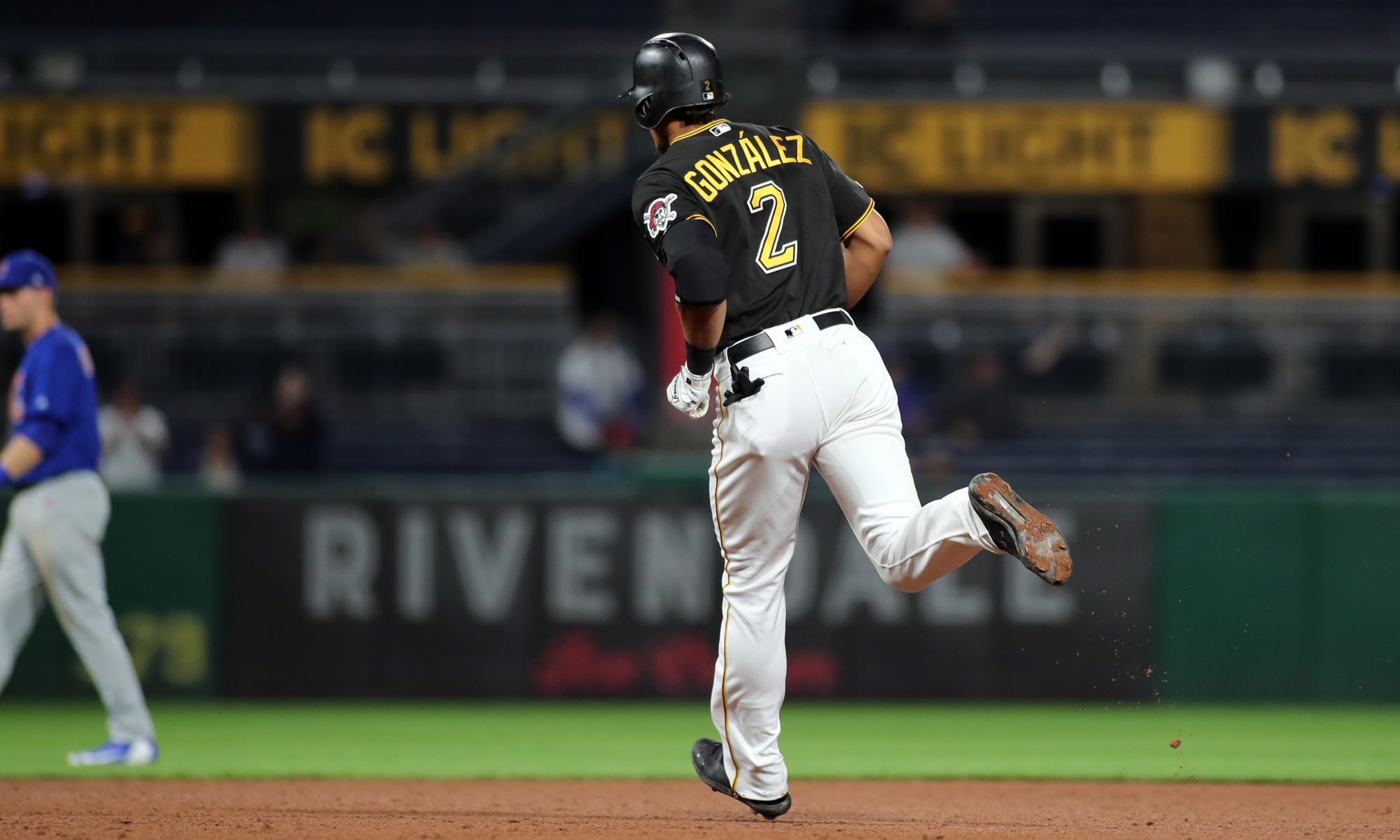 Winter recap for players from the Pittsburgh Pirates over the last four days. For the beginning of the week, see this link. The Premier12 tournament began in four different locations on Saturday, with teams from 12 different countries competing. The Pirates are represented by Cody Ponce on Team USA, Robbie Glendinning on Australia, Elvis Escobar on Venezuela and Eric Wood on Canada. Both Escobar and Wood reached minor league free agency this off-season, but we will track their progress in the tournament just in case they decide to re-sign with the Pirates. The Premier12 runs until November 17th.

In the Dominican, Erik Gonzalez played his fifth game and went 0-for-5 with two strikeouts. He started at shortstop for the third time and batted in the lead-off spot.

In Mexico, Fabricio Macias was in center field and batting lead-off. He went 0-for-4 in his team’s 11-0 loss.

Randy Romero started in center field for the second straight day and he went 0-for-2 with a walk. He’s 4-for-20 with a walk and a stolen base in 12 games.

No one from the Pirates saw action on Thursday

In the Dominican, Erik Gonzalez made his first start at second base. He went 0-for-3 and played the final two innings at third base.

Alfredo Reyes got some rare game action, coming in late as a pinch-runner and playing an inning at third base. He has batted once in five games.

It was a quiet night in Mexico for the three Pirates. Only Fabricio Macias saw action and all he did was play left field for the final inning.

In the Premier12 tournament, Cody Ponce started game one for Team USA and pitched five shutout innings in the 9-0 win. He allowed two hits, walked one and struck out five batters, while throwing a total of 71 pitches.

In the Dominican, Erik Gonzalez had his first big night of winter ball, going 3-for-4 with a home run and three RBIs. He also scored three runs. According to reports from the game, he hit the ball 399 feet, 106 MPH off the bat. Gonzalez is hitting .280/.321/.440 in seven games.

Jesus Liranzo threw 1.1 innings, retiring all four batters he faced, one by strikeout. In eight appearances, he has allowed three runs on seven hits and three walks, with five strikeouts, in 7.1 innings.

Fernando Villegas played the final inning of his team’s 2-0 win in right field. He did not get a chance to bat. He’s 3-for-11 with three doubles in 12 games.