Pirates are Allowing Luis Escobar to Play Winter Ball, Plus Notes on Every Colombian Players in the System 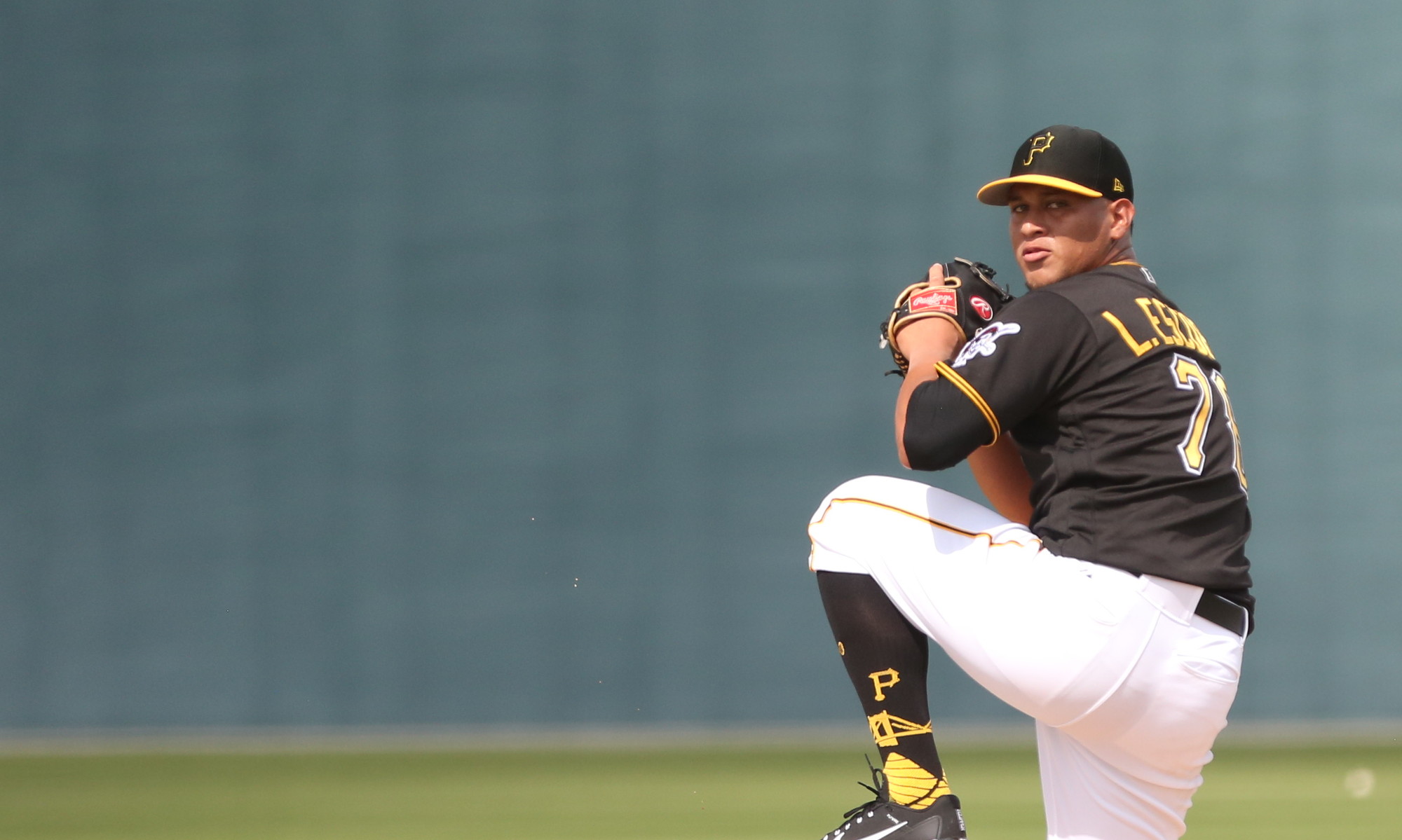 We have some notes out of Colombian winter league baseball, including a top prospect joining the league, another one changing teams and young infielder who is out due to injury. All nine players from Colombia in the Pittsburgh Pirates system are mentioned below.

The big news here is that Luis Escobar will be participating in winter ball this year in Colombia. As a starter in the past who switched to relief for a majority of this season, his innings really dropped this year. Escobar, who ranked as our tenth best prospect for Indianapolis earlier this week, threw a total of 74 innings in 2019. That includes 5.2 innings with the Pittsburgh Pirates in July.

The interesting part here is that he’s pitching in Colombia. He’s going to be working out of the bullpen as well. The league in Colombia isn’t up to the competition level of the bigger leagues in Venezuela, the Dominican and Mexico, which are usually the top three. It’s even below Australia and Puerto Rico, which are a step down from the other three leagues, but still above Colombia. Puerto Rico could be up there with the top three leagues now because they cut down on the number of teams (at least they did last winter), but it still got the same quality of players, eliminating about 30 of the worst players from the league, while making the other four teams stronger.

So there are plenty of better options this winter for Escobar, but this allows him to stay near his home all winter, while still getting in extra work. He didn’t adjust well to pitching out of the bullpen, so just extra experience in the role could be good for him, even if he should have no issue dominating the league.

In other news, Francisco Acuna will return to the league this year. He was our #3 prospect for Bristol this year, after posting a .793 OPS, while collecting 22 extra-base hits in 53 games. He was named to the Appalachian League End-of-Season All-Star team. The athletic middle infielder is still just 19 years old, though it seems like he’s been around forever, since we covered his signing at 16 years old and he gets both summer/winter coverage every year.

Some minor news because he isn’t playing this winter. The #2 prospect on that Bristol list is 19-year-old right-hander Santiago Florez. He switched winter league teams this year, moving to Toros del Sincelejo, who are managed by Jose Mosquera, a scout for the Pirates in Colombia. Right now there are no plans for him to pitch this winter, though he can workout with the team, which many players will do to stay in shape if they aren’t participating in games.

Carlos Arroyo likely won’t see action this winter in Colombia. He was injured during a DSL playoff game this year and required wrist surgery. He was a big part of our winter coverage in Colombia last year as one of the youngest players in the league (may have been the youngest). The 18-year-old infielder hit .302 in 44 DSL games this year.

Edgar Barrios returns to the league and will be there to make up for some lost time due to a spring injury that limited him to just 19 games for the GCL Pirates. The 19-year-old Barrios is a middle infielder, who was one of the top available prospects in Colombia when he signed with the Pirates early in 2018.

Luis Arrieta will be in the bullpen with Luis Escobar. Along with Barrios, they will all be on the Toros under the guidance of Pirates scout Jose Mosquera. In his third season with the Pirates, the 20-year-old right-hander posted a 5.73 ERA in 22 innings over 13 appearances with Bristol.

Yandy Vega has not been given permission yet by the Pirates to pitch winter ball, but it hasn’t been taken off the table either. He split this past season between the GCL Pirates, Bristol and Morgantown. Including his work in Extended Spring Training, he pitched enough that the Pirates feel that he needs a break this winter.

Andres Arrieta had Tommy John surgery in May, so he won’t be available this winter.

The only other player from Colombia with the Pirates is 16-year-old left-hander Diego Chiquillo, who signed on July 2nd and wasn’t eligible for the league draft. He is currently pitching in the Dominican Instructional League, where he is showing some nice velocity right now, though he lacks command of the pitch. More on him here.