DSL Pirates Top Ten Prospects: A Lot of Potential on Offense at the Top of the List 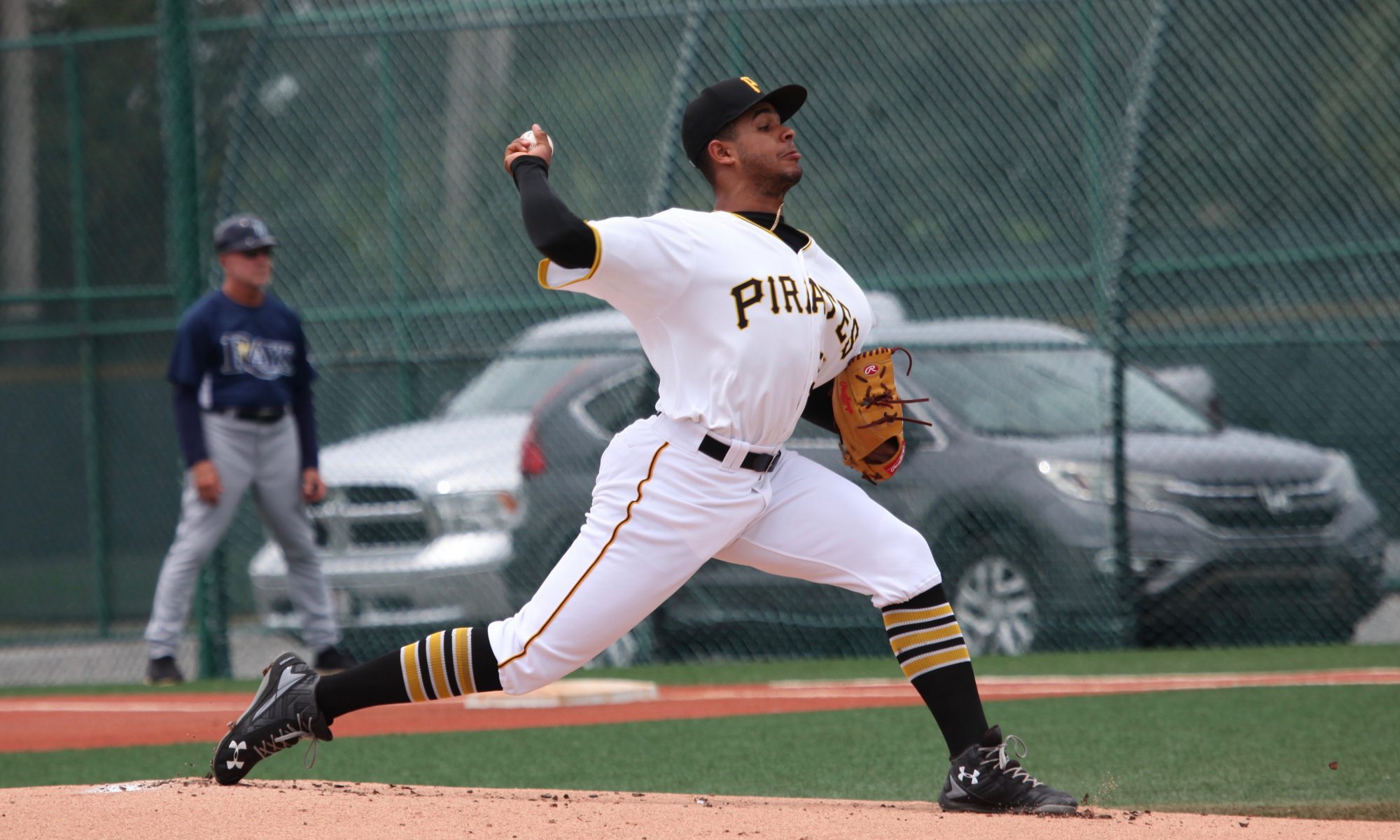 Yesterday we posted the season recap for the two Dominican Summer League affiliates of the Pittsburgh Pirates. Today we look at the top ten prospects from the two clubs combined.

This year I had help from two people who saw these players during the spring, the season and much more recently in the Dominican Fall Instructional League. I made my own top ten list first, then got their opinions on a top ten list, then combined those three lists to get an average ranking.

When you see the list below, realize that these players are far away from the majors and a lot can change on their way up the system. These rankings should really be broken into tiers, but the 1-10 ranking method is the most popular. I’ll note that there is a bigger difference between #6 and #7 on this list than there is between #1 and #6. I also included five more names that could easily be interchangeable with the 7-10 players on the list. So using the tier method, 1-6 would be tier 1 and 7-15 would be tier 2.

The Pirates invited a small group of international players to the U.S. after the season for the Fall Instructional League. I figured out the combined list of players first, then found the link to last month’s article announcing the FIL rosters. It just happened to work out that all ten of our top ten prospects below were among the 14 players invited. I say that because none of us had the same players in the top ten (two of mine are in the 11-15 group). The other four fall invites included three catchers, who were there just based on the need for catchers in fall ball. The fourth was Wandi Montout, a July 2nd signing who had already spent four months in the U.S. this year, so it’s no surprise that he returned. Basically, there were a group of ten high upside invites this fall and they all made the top ten below.

The 11-15 Group: Outfielder Osvaldo Gavilan would have been rated #2 on this list at this time last year, but he hasn’t started to live up to the hype of the $700,000 bonus he received. His .581 OPS was the lowest among all regulars on the Pirates1. Shortstop Luis Tejeda was another top signing who didn’t live up to the bonus ($475,000 or $500,000 depending on the source). He was one of the youngest players in the entire DSL, turning 17 years old days after the season ended. Tejeda had some strikeout issues, which led to a .634 OPS, plus he had some issues on defense, though the skills are there to play shortstop. Right-handed pitcher Sergio Umana was an All-Star, who put up a 2.39 ERA in 64 innings, with 59 strikeouts and a 1.11 WHIP. He was a late/low bonus signing out of Nicaragua, who missed out on the top ten because he turned 19 before Opening Day, so he was older than most players in the league. Listher Sosa is a 6’4″ right-hander, who posted a 2.72 ERA and a 1.04 WHIP in 11 starts. He received a $150,000 bonus due to his projectable frame and a fastball that already reached low-90s at 16 years old. Right-handed pitcher Domingo Gonzalez (pictured above) is the clear choice for most advanced player on either team. He last game in 2019 was six shutout innings and eight strikeouts for Morgantown. What kept him out of the top ten is his age (20) and the fact that he doesn’t have much projection left in his 6’0″ frame