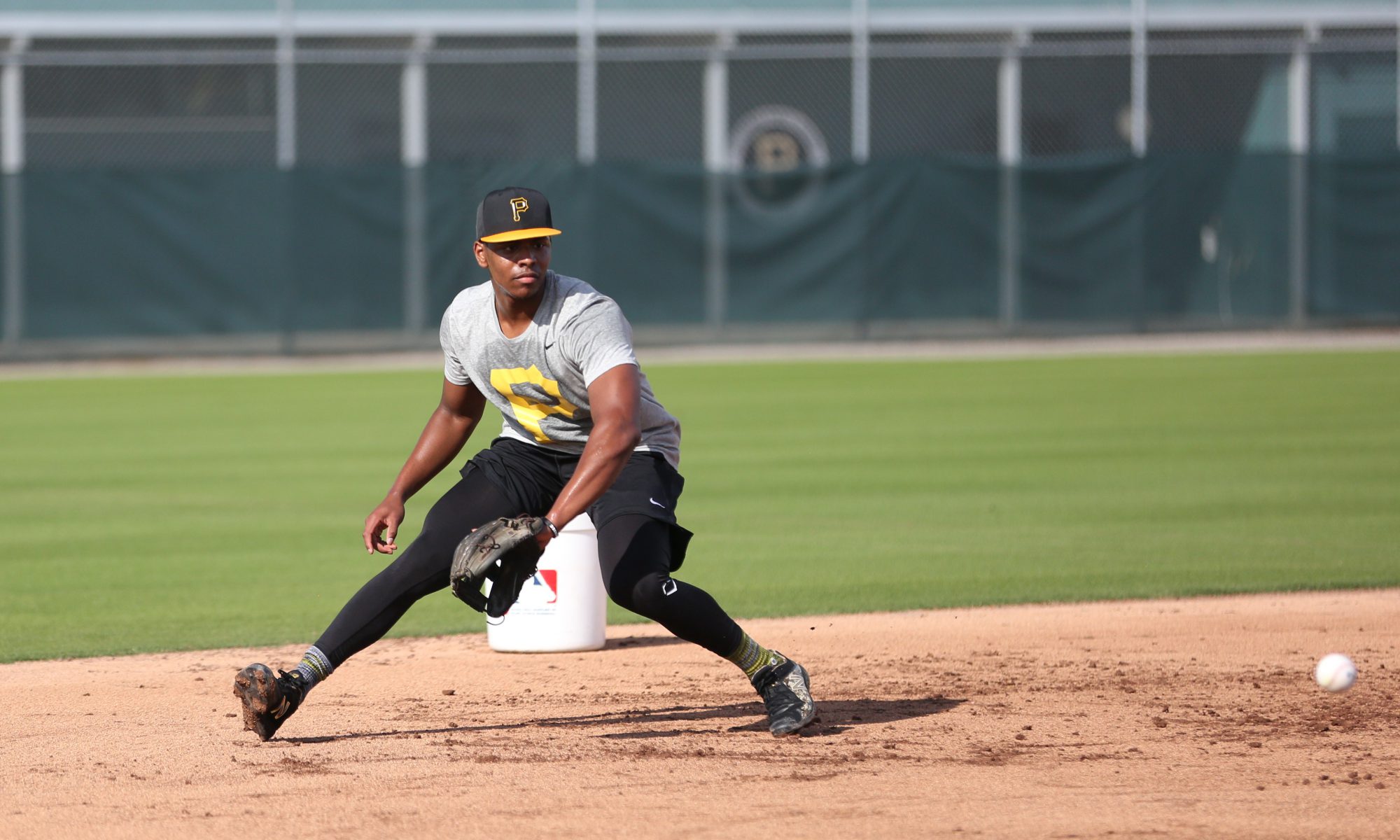 On Wednesday, Baseball America posted their article on the best tools around the minors. The Pittsburgh Pirates had some representation on the lists, which are voted on by minor league managers.

Mitch Keller was named as the best pitching prospect in the International League and his curve was voted as the best breaking ball. For Keller’s struggles in his brief big league opportunities and numbers that don’t stand out at Indianapolis because offense is way up in the IL, he is having a strong season. He ranks second in the league in ERA, second in WHIP and first in strikeouts.

Ke’Bryan Hayes was voted as the best defensive third baseman in the International League. If that surprises you at all, enjoy checking out our website because it’s obviously your first day here. Besides the great range, above average hands and strong arm, he not only makes the tough plays, he is nearly flawless in the field. His .991 fielding percentage is equal to the Major League single season record and MLB records for fielding are always better than the minors due to things like field conditions, lighting, better defensive players around you, etc. Basically, a .991 fielding percentage in the minors would be extremely impressive if he was a statue at third base, but instead he’s doing it while getting to everything hit anywhere near him. In a separate article, Ke’Bryan Hayes was named to their All-Glove team.

Hunter Owen was named as the best defensive third baseman in the Eastern League. We noted numerous times in our weekly top performers article that Owen was showing plenty of improvements this year on defense. To put it nicely, he was awful at third base in 2017 at West Virginia, and just below average last year at Bradenton, though that was obviously a major improvement. He improved even more this year to the point that it’s hard to believe he was the same player as the one I saw often in 2017 look lost at the position. He’s nowhere near the class of Hayes at third base, but that’s not an insult. I’d rate Owen as an average defender now.

The problem is that he’s at Indianapolis now and hasn’t played third base since June. In 2016, Eric Wood showed outstanding improvements on defense at third base and then the Pirates tried him at first base, left field and right field to add versatility. The problem was that his defense slipped at third base over time because he was playing/practicing at the other spots more often. Wood is mediocre at the hot corner now he was a better third baseman in 2016 than Owen is now.

Finally, Travis Swaggerty was named as having the best outfield arm in the Florida State League. He might be having a disappointing season at the plate with his .693 OPS, but Swaggerty does have tools. His speed would be his best, and while I wouldn’t rave about him arm, I do consider it above average. He has six outfield assists this year, after picking up seven last year.