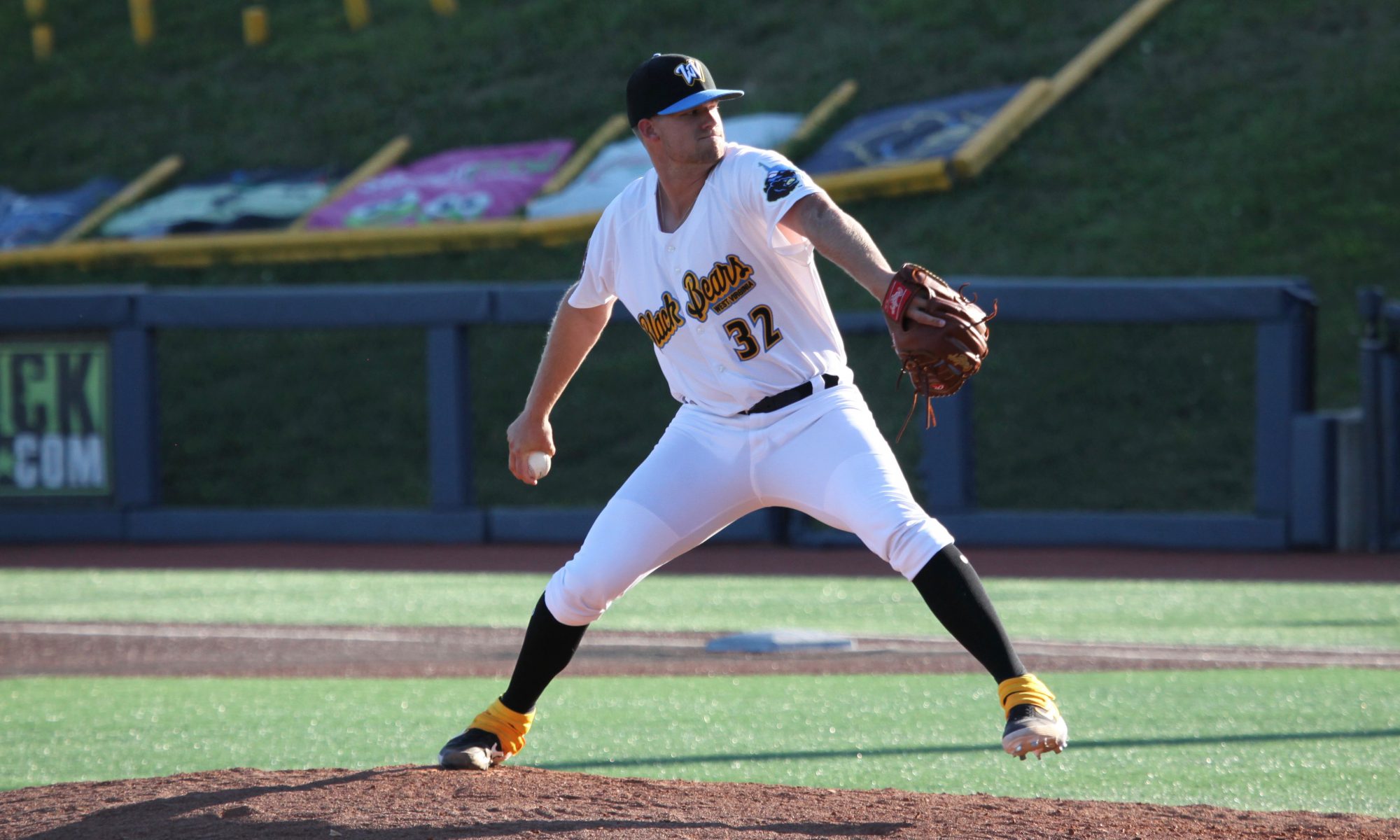 The Blue All-Stars won the New York-Penn League All-Star game on Wednesday night in Staten Island, with four players from Morgantown seeing action in the victory. The Black Bears were represented by outfielder Blake Sabol, third baseman Jared Triolo and pitchers Jesus Valles and Cameron Junker. Here’s a quick rundown of their night.

Triolo started at third base and grounded into a double play in his first at-bat. He grounded out to third base to end the third inning. Triolo left for a defensive replacement in the bottom of the fifth, leaving him 0-for-2 in the game.

Sabol came on as a pinch-hitter in the top of the fifth and flew out to right field. He walked and scored a run in the seventh, then grounded out to first base in the ninth. He played the final five innings in right field.

Jesus Valles came on in the fourth inning and an error led to him allowing three unearned runs on four hits. He had no walks or strikeouts.

Cameron Junker (pictured above) pitched the ninth and got the save, getting two strikeouts and a ground out. He got through his night on 14 pitches.

Morgantown now picks up their run at a playoff spot over the final 12 days of the season, with 14 games to play. They are currently tied for their division lead. They are getting some pitching reinforcements, adding first round pick Quinn Priester, who is slated to make his Morgantown debut on Tuesday.