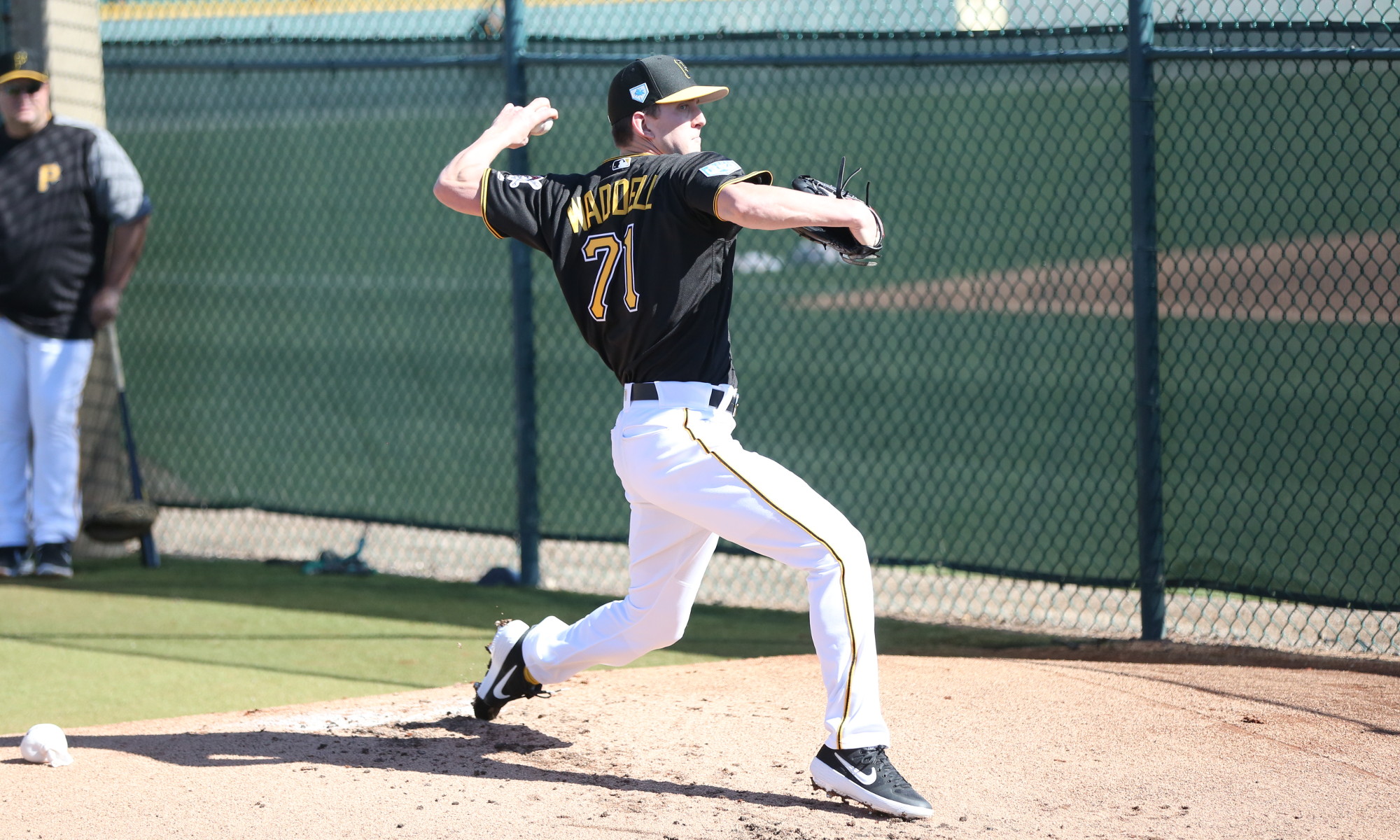 The Pittsburgh Pirates have promoted five minor league pitchers, returning Brandon Waddell to Indianapolis and moving Oliver Garcia from Bristol to Morgantown. Winston Nicacio moves from Morgantown to Greensboro. Conner Loeprich has moved up to Bradenton as well. As a late addition, we just found out that Nicholas Economos has been promoted to Altoona.

Waddell was pitching in relief in Indianapolis for most of this season and did poorly despite a high strikeout rate. The Pirates sent him to Altoona seven starts ago and he has pitched terrific down there, posting a 2.23 ERA, with almost all of the damage coming in one inning. He had a 1.05 WHIP and 42 strikeouts in 36.1 innings.

Garcia has a 2.57 ERA in nine relief appearances, with a 1.43 WHIP and 20 strikeouts in 14 innings. His progress this year has been more about looking better on the mound, throwing harder in relief, showing improvements with his breaking ball and control. The 21-year-old righty was a starter at Bristol last year.

Nicacio was a minor league Rule 5 pick this winter and has already pitched in Low-A prior to this season. He had a 2.96 ERA in 24.1 innings with Morgantown, making two starts and six relief appearances. Nicacio had 11 walks, 22 strikeouts and a 1.27 WHIP.

Loeprich had a 4.30 ERA in 58.2 innings this season with Greensboro. He’s mostly been in relief, but has made three starts. He had 67 strikeouts and a 1.47 WHIP. Loeprich was a 20th round draft pick last year.

Economos began the year with Greensboro before moving to Bradenton for 11 starts. He posted a 2.01 ERA in 67 innings, with 54 strikeouts and an 0.91 WHIP.

Pirates also released 20-year-old DSL pitcher Miguel Peralta, who was signed last January. He had an 8.88 ERA in 49.2 innings and pitched better last year than this season.