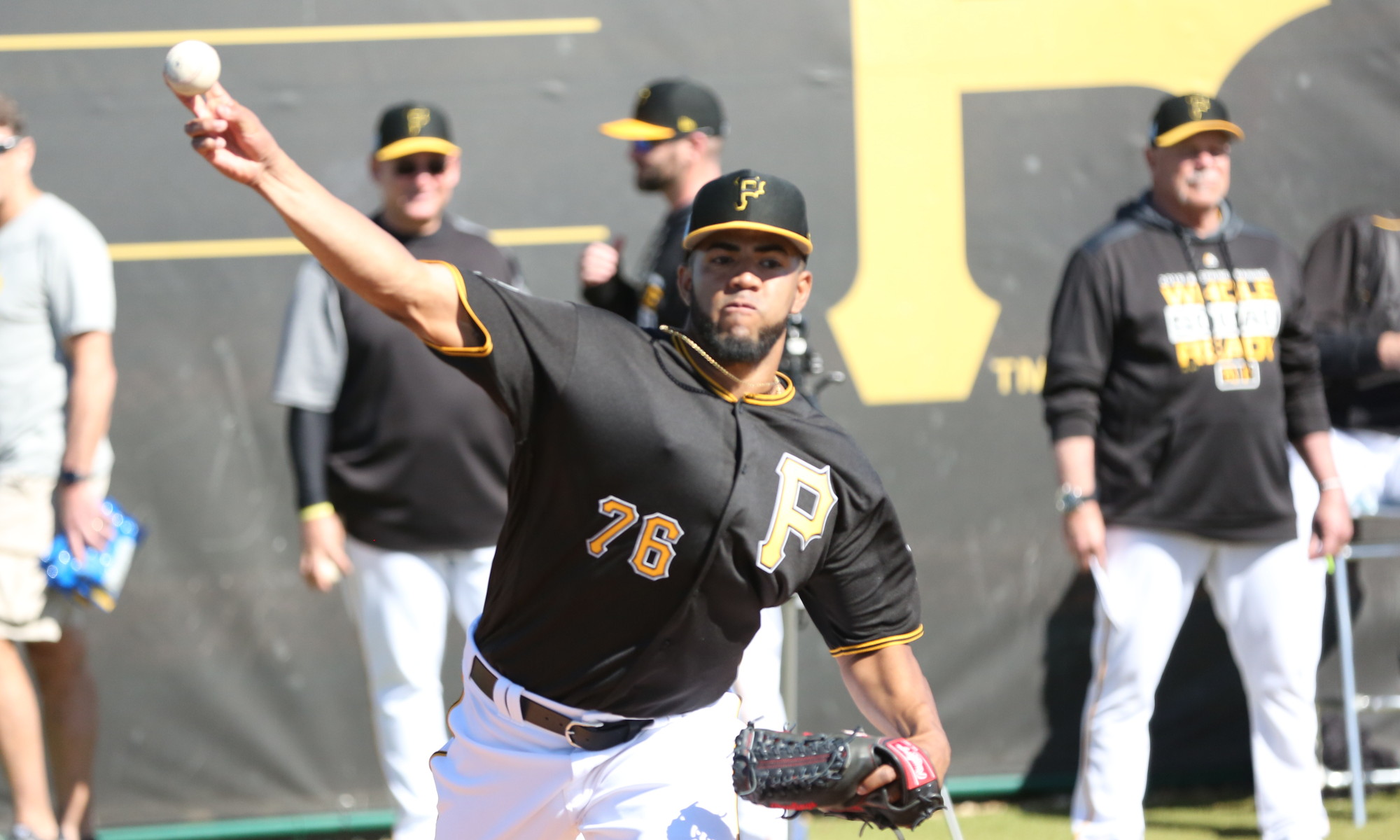 We had three very good options for the May Pitcher of the Month. Down in Greensboro, Brad Case put together a 2.23 ERA in 32.1 innings, with an 0.77 WHIP and a 28:0 SO/BB ratio. He had back-to-back starts of seven innings each, earning our Player of the Week for the first game. Case also gets credit for pitching in a park that is seeing a lot of offense put up this season. Domingo Robles was consistent throughout the month, then finished off May with a solid start in Altoona, a month after his 21st birthday. He led the whole system with 37 innings (numbers below are Bradenton only) and he had a 2.19 ERA. We ultimately decided to go with Indianapolis right-handed pitcher Dario Agrazal, who put together a terrific month and looks to be on the verge of making his big league debut. That got him named as the Pirates Prospects Pitcher of the Month for May.

Agrazal began the season in Altoona with a lot of question marks. He missed the entire second half of the 2017 with a right pectoral strain. He then missed a good portion of the 2018 season due to a right shoulder strain. That was followed by leaving the Arizona Fall League due to a back injury, which we later found out was something that had bothered him back in August and September. The Pirates dropped him from the 40-man roster over the winter and he was sent back to Altoona for a third season at the level this year.

In four starts with the Curve, Agrazal didn’t put up the best numbers. In fact, despite a respectable 3.60 ERA, batters hit .305 against him. That decent ERA was mostly due to the fact that he didn’t allow a single walk in 25 innings. His final Double-A start was brilliant though, tossing seven shutout innings, while striking out eight batters. He was promoted to Indianapolis when a rotation spot opened up and debuted with two runs over 6.2 innings on April 29th.

His month of May had four outstanding starts and one poor outing. It’s important to remember that the International League is using juiced baseballs this year, which is what we took into consideration when deciding our Pitcher of the Month. An example of the extreme difference between this year and last can be found in the OPS of Will Craig. His current .918 OPS would have led the IL last year by a 48 point margin. Right now, he’s not among the top 20 in that category.

On May 4th, Agrazal threw seven shutout innings and struck out seven batters. Six days later, he allowed one run on three hits and no walks in eight innings. For the second game in a row, he picked up seven strikeouts. That was follow by the poor outing, which saw him give up four runs in the fourth inning against Scranton/WB, knocking him out of the game early. Agrazal bounced right back though, with one run over six innings on the road against first place Columbus. That game actually pushed Indianapolis into first place with the win. In his final start of the month, the 24-year-old Panamanian right-hander tossed six shutout innings. He final line for the month included a system best 2.05 ERA and an 0.88 WHIP, which only trailed Brad Case among starters for the Pirates.

Agrazal should see the majors at some point this season, especially if he continues to pitch like he has recently. He doesn’t have the 94-96 MPH fastball that we saw consistently at the end of 2016 and first half of 2017. He has hit 94 MPH recently though, while mostly working in the 90-92 range with his sinking fastball that he controls well down in the zone. His changeup shows nice separation and his slider, which he improved in 2017 to really boost his strikeout totals, is a solid breaking ball. He has a nice easy, clean delivery, which helps him command all three of his pitches.

Agrazal has success when he’s hitting his spots. When he’s on his game, he flashes MLB stuff, as we have seen with five runs over 46.2 innings in his best seven starts this season. In the other three games, he has allowed 14 runs in 15.2 innings, so things can get bad when his command is off. So far this season, we have seen much more good than bad.