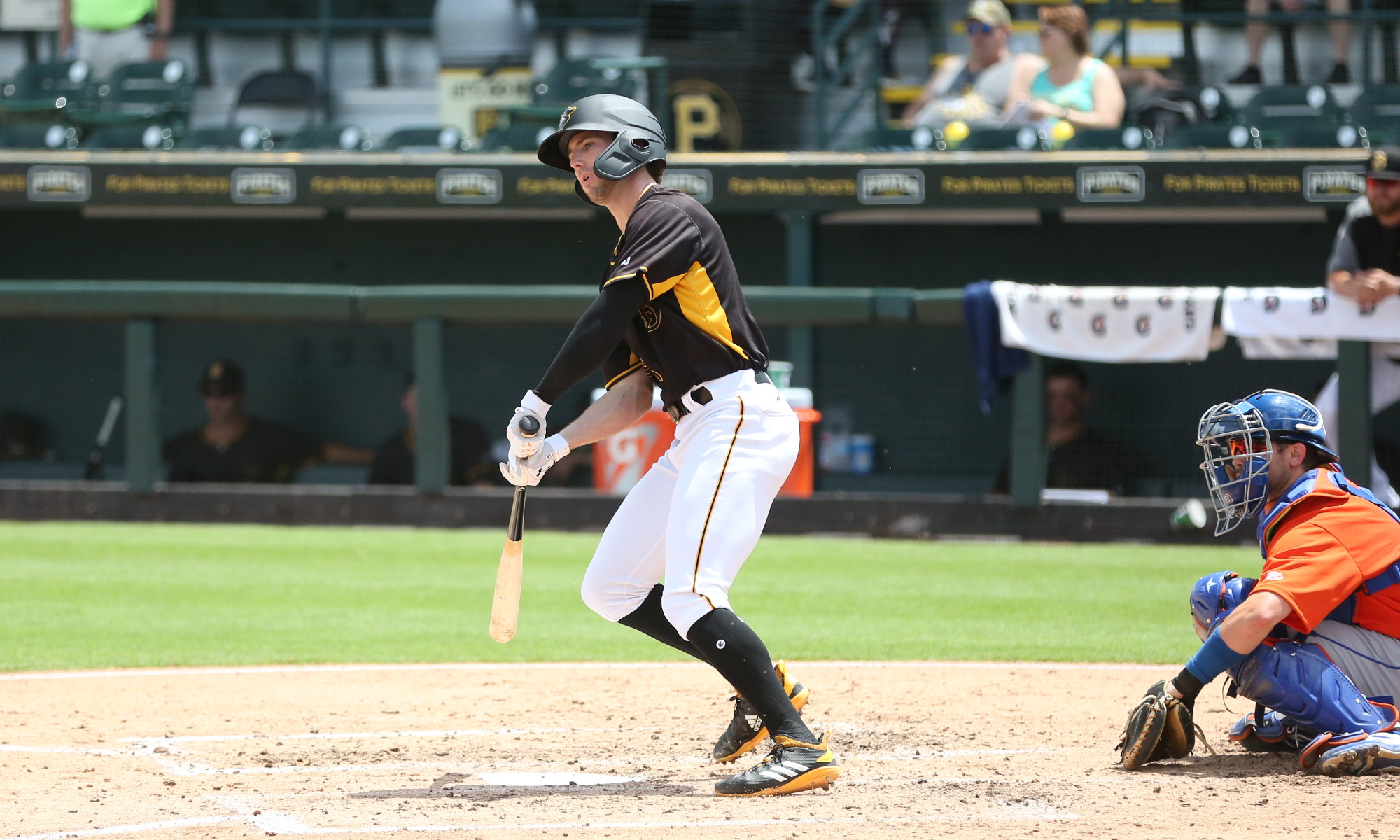 Following Wednesday night’s game in Bradenton, outfielder Chris Sharpe was promoted to the Altoona Curve. That move followed the promotions of Lolo Sanchez and Rodolfo Castro from Greensboro to Bradenton.

Sharpe hit .292/.385/.451 in 64 games, with 17 doubles, two triple and five home runs. He also stole 15 bases. He leaves the Florida State League ranking sixth in average, second in OBP, ninth in slugging, fourth in OPS, fourth in doubles and fourth in steals. The 23-year-old Sharpe was drafted in the 14th round in 2017. Sharpe had a mediocre first full season in West Virginia last year, but improved greatly this season due to better plate patience and contact skills. His strikeout rate dropped from 29.4% last year to 19.5% this season.

On the flip side of the Castro/Sanchez moves, Kyle Mottice was promoted to Greensboro. This is just fixing a move that should have never been made, but allowed Mottice to get playing time while Greensboro was on their All-Star break. He hit .382/.528/.436 in 19 games with Greensboro (yes, that OBP is correct). He was sent down to Morgantown, where he hit .400/.478/.500 in their first five games.