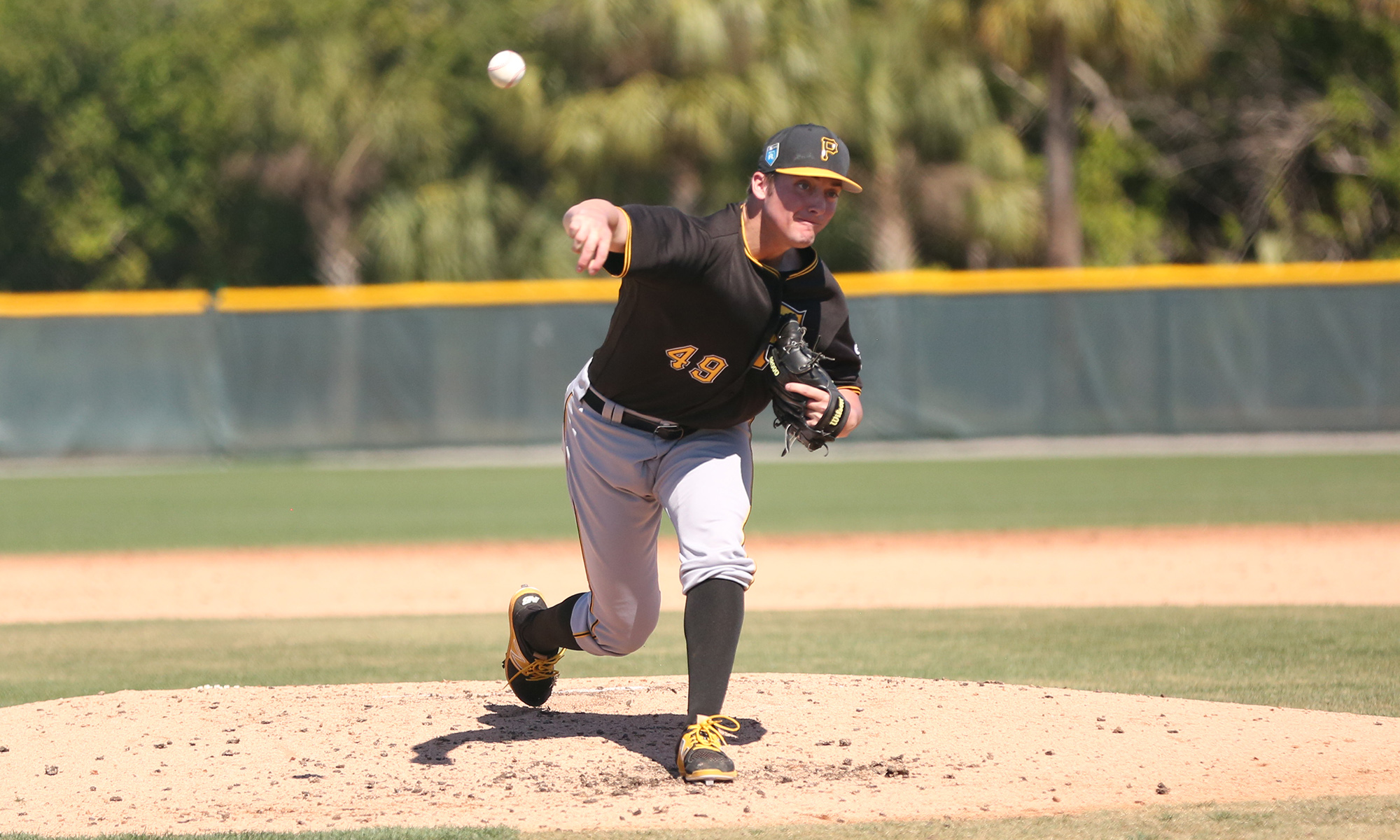 Cody Bolton had tough competition for the April Pitcher of the Month. Greensboro right-handed pitcher Osvaldo Bido basically put up the same stats as Bolton across the board. The deciding factor for Pitcher of the Month ended up being the age difference here, with Bido being 23 years old in Low-A and Bolton being 20 years old in High-A. There isn’t a real difference in pitching experience between the two players, but the younger player at a higher level is more impressive. In most other months, Bido would have been an easy choice (James Marvel in Altoona would also be a strong candidate most months), but Bolton put together five strong starts to earn his spot at the top.

In his first start this season, Bolton came out firing. We got reports from the game that had him hitting 97 MPH. In five innings, he allowed one run on two hits, with no walks and six strikeouts. We got to see each of his next three starts and he impressed each time. He gave up one run over six innings on April 13th, striking out a season high eight batters. Five days later, he went five innings and allowed just an unearned run on four hits. His outing was limited due to his pitch count being run up by a two-out error that allowed the run to score. Bolton finished up his month with two starts that were very similar. In each game, he allowed one run on four hits and a walk, with six strikeouts in six innings. The only difference is that the one run on April 24th was unearned.

Bolton looked like a breakout candidate last year when he skipped from the GCL to Low-A ball. That was a move that we were told to expect from 2017 first round pick Shane Baz, who still hasn’t pitched in full-season ball yet, show just how impressive it is that another 2017 high school pick is now dominating High-A ball. Bolton ended up making nine starts for West Virginia before he went down with forearm soreness. The Pirates were very cautious with his return and he received a PRP injection in August, which ended any chance of him pitching again last season.

Bolton has a strong chance of ending up as one of the top five prospects in the system by the end of the year. He has a fastball that sits 93-96 MPH, and he pounds the strike zone. He throws a cutter/hard slider that sits 88-90 MPH and has sharp, late break. He uses his old slider grip, but throws the ball harder to get that cutting action. Occasionally he takes a little off and it’s more of a slider. His changeup is in the 85-86 MPH range and has late drop. That gives him a strong three-pitch mix that gets a lot of swinging strikes.

The only thing that might hold Bolton back this year is an innings limit. He threw 44.1 total in his nine starts in 2018 and previously had six weeks of games in Extended Spring Training. He missed the last six weeks of the season, so the Pirates probably want to make sure that he doesn’t exceed his 2018 innings total by too much. Right now he is on pace for nearly 150 innings, which won’t happen.