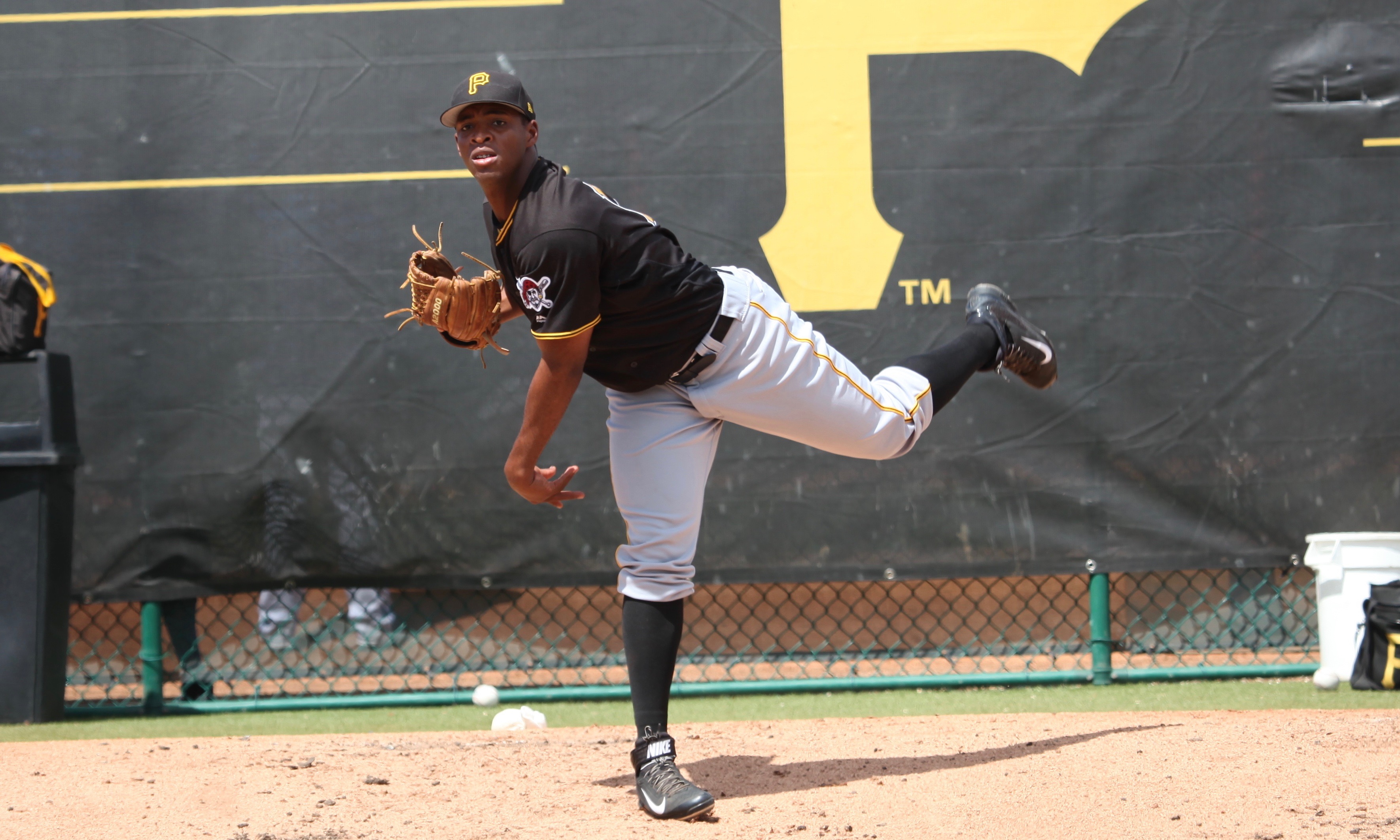 In Colombia, Edgar Barrios continued to start at shortstop for his team after not playing in the first playoff game. He went 1-for-3 with a single. Barrios is 1-for-10 in three postseason games.

Carlos Arroyo started at second base and went 0-for-4.

In the Dominican, Ronny Agustin (pictured above) allowed a single to the only batter he faced. He made his playoff debut on Thursday night, throwing a shutout inning. Agustin had just two appearances during the regular season this winter.

In Australia, Robbie Glendinning went 0-for-1 with two walks, a sacrifice bunt and a run scored. Through 20 games, he has a .328/.427/.537 slash line. He is currently three plate appearances short of qualifying for league leaders, but his average, slugging, on base and OPS would all rate among the top ten in the league.

In Venezuela, Jose Osuna went 1-for-4 with an RBI single in his team’s 6-1 loss. Osuna has gone 5-for-13 in three playoff games, while continuing to play right field every game.

In the Dominican, Alfredo Reyes started at second base and went 1-for-3 with a single, walk and a run scored. He also stole two bases, giving him three steals in the playoffs. He is 4-for-19 through eight playoff games.

In Colombia, Carlos Arroyo went 1-for-4 with a single in his team’s 14-1 loss. Through three playoff games, he is 2-for-11 with two singles.