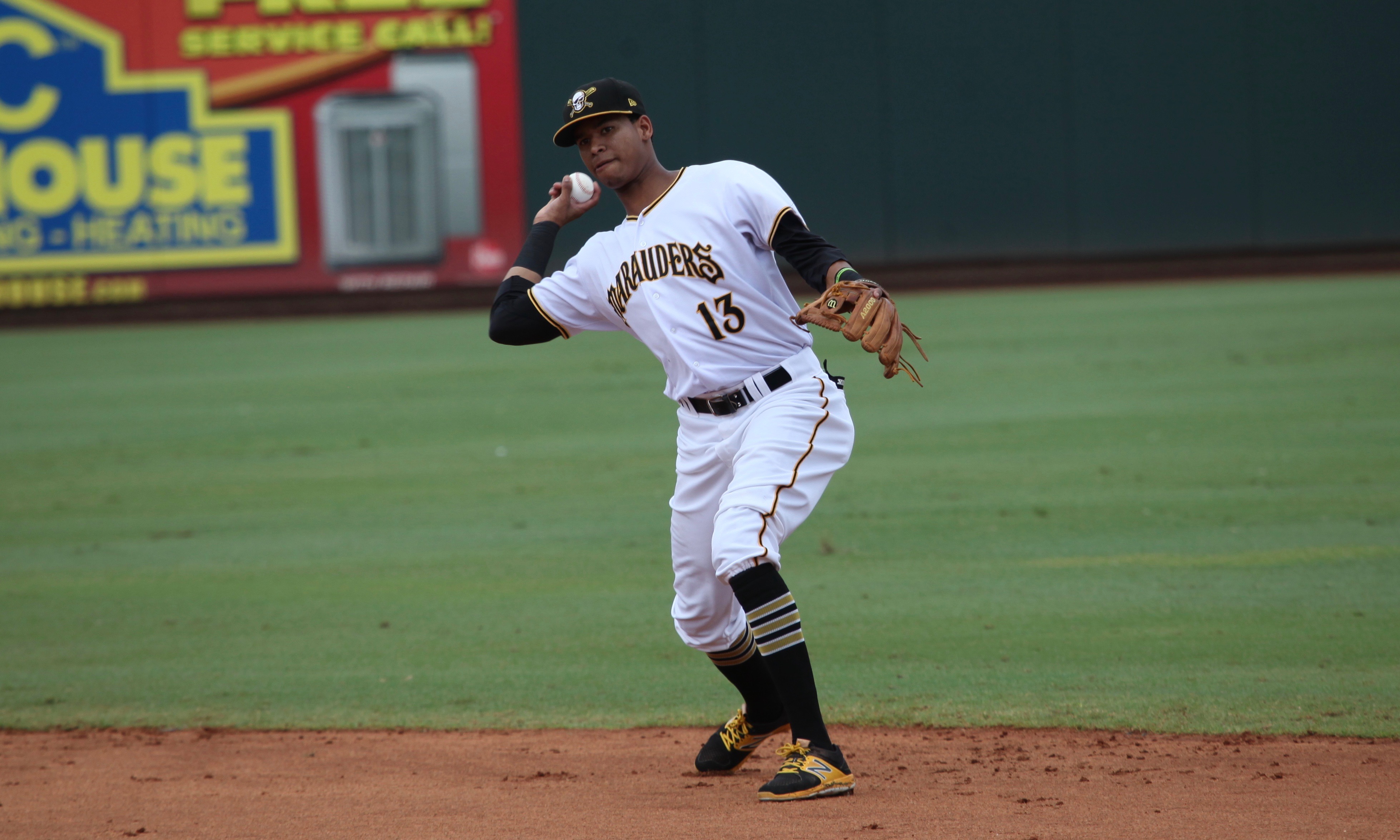 We take a look back at the last four days of winter league action for the Pittsburgh Pirates, as the season winds down for most of their players. Complete stats for each player will be listed after the most recent day that they played.

On Monday in the Dominican, Alfredo Reyes (pictured above) came off the bench early as a replacement at shortstop. He went 0-for-2 at the plate.

In Venezuela, Elvis Escobar retired both batters he faced while stranding two inherited runners. He struck out the only batter he faced in his playoff debut on Sunday.

In Colombia, the playoffs moved to the final series, where Edgar Barrios started at shortstop and went 1-for-1 with a single and two walks before leaving for a pinch-hitter. He scored three runs.

Edgar Barrios was the only player of note to see action and he went 0-for-3 in his team’s 5-0 loss. In eight playoff games, he’s 5-for-22 with a double.

In Australia, Robbie Glendinning was 0-for-1 when his team’s game was suspended in the third inning due to rain. They will finish the game up prior to Saturday’s regularly scheduled game. Not including his Thursday at-bat, Glendinning is hitting .349/.456/.542, which has him ranked seventh in the league in OPS.

In Venezuela, Elvis Escobar made his third playoff appearance and recorded two outs while allowing a run on one hit, with one strikeout. The run was unearned due to an error.

In the Dominican, Alfredo Reyes came off the bench late in the first game of the championship series and walked with the bases loaded to pick up an RBI in his only plate appearance. He finished the game by playing the final two innings at shortstop, as his team won 13-1. He is 5-for-28 through 12 playoff games.

Our 2019 Prospect Guide eBook is available for download right now and comes with a free update around the start of Spring Training.The top 50 prospects list, with a full report on each player, is currently included in the book. We just recently updated the book due to a change in the top 50. There are also other features already in the book, including tiered rankings, top tools by position and much more. The update will include every prospect in the system, as well as many other features, such as our draft and international recaps. Ordering details can be found here.