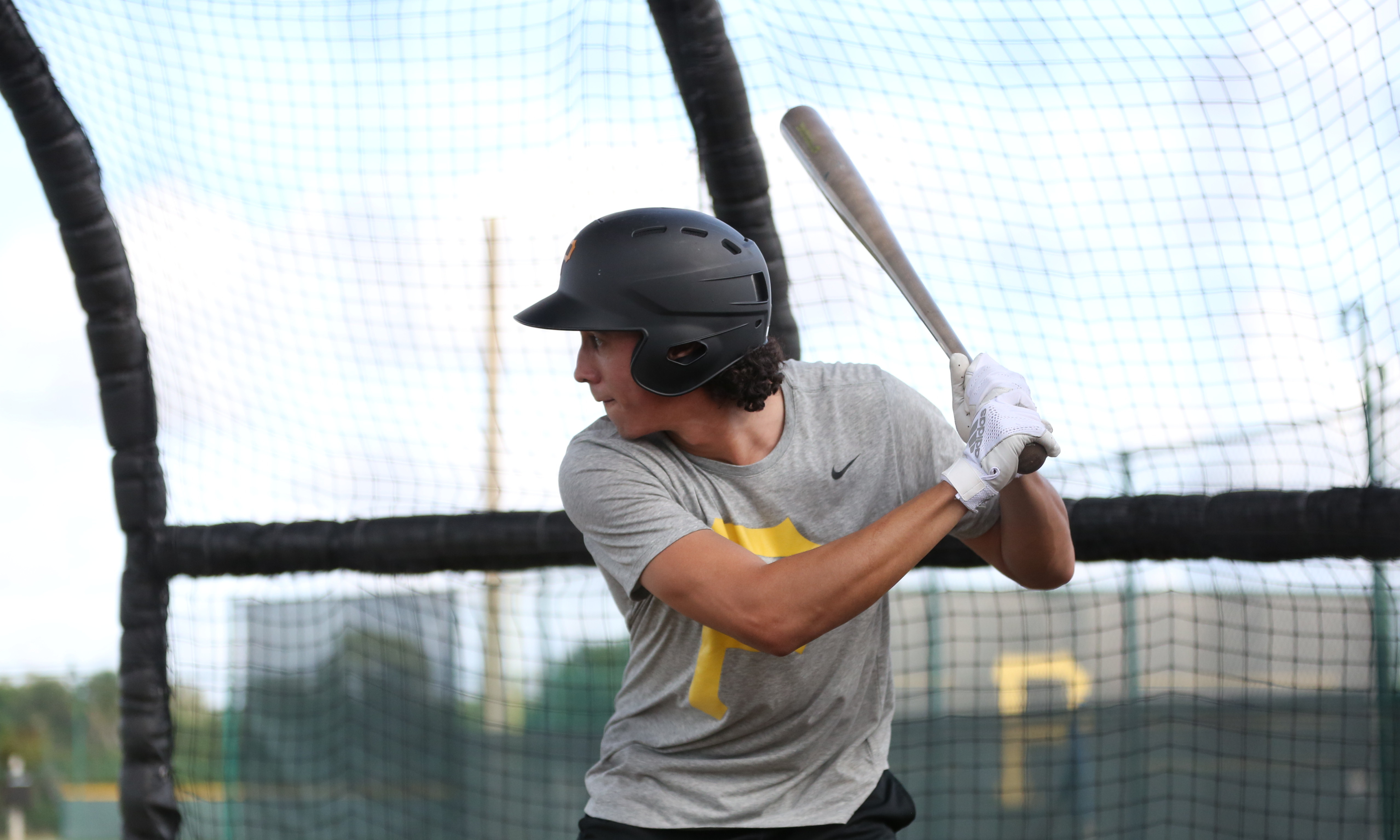 On Saturday night, MLB Pipeline released their list of the top 100 prospects. The Pittsburgh Pirates had four players on that list, including Oneil Cruz, who ranked 96th. On Monday, Pipeline had a few more notes of interest for their top 100 list.

Cruz was rated as the best arm among all position players in the top 100, receiving a 70 grade on the 20-80 scouting scale. He’s actually been getting a lot of praise for his defense recently, though it’s mostly to say that it isn’t as bad as 33 errors and a .918 fielding percentage in 102 games would indicate.

I recently took time to watch some of his late season play by looking at some of the errors he made during the second half. Those looks are somewhat limited by the fact that West Virginia doesn’t broadcast their own games on MiLB.tv, and half of the road games weren’t available either. I watched about 20 plays total (only four were errors) just to get a sense of any improvements late in the year.

What I saw was that Cruz has good hands and some range, though I wouldn’t say quick feet. He’s 6’6″, so that helps him cover ground. One play in particular between third base and shortstop, would have been a very nice play, except his throw was well off the mark. The play showed off his strong arm and he got rid of the ball quickly. I didn’t see any above average plays that he completed cleanly.

Cruz had some late growth to get to 6’6″ and at age 20, he still has room to fill out. I think that growth is going to take shortstop away from him as a possible future position and affect his speed, but the arm will play up elsewhere.

Staying with shortstops, Jonathan Mayo was asked on Twitter about prospects who just missed the top 100 list, but could be there soon. On his short list of names was Cole Tucker, who didn’t make any of the three top 100 lists we have seen so far. He’s close though, which means Pipeline could add him mid-season as another player loses his prospect status.

Switching up to catchers now. If you bought our 2019 Prospect Guide (which is 10% off for a short time), you know that catching isn’t a strong position for the Pirates. Baseball America confirmed that today with their list of the top 35 catching prospects. With seven catchers among their top 100 prospects, that means they took a deep dive by listing 28 players who didn’t make the list. Not surprisingly, there were no Pirates.

We have just two catchers among our top 50 prospects in the system, with the highest one being 36th overall. Another three were considered for the top 50, so they are in a group of 10-15 players just off of the list.

Right now, it appears that the Pirates don’t have any future MLB starting catchers in the minors. They have a good number of solid potential backups, mostly defense-first players with mediocre offense, which is what keeps them from being potential starters.

The Pirates haven’t been ignoring the position. It just appears they haven’t been able to get big results out of a player since Elias Diaz broke out at Altoona. Luckily they have Diaz under control for four more seasons, which will give them time to take care of this issue. If Arden Pabst can show his Bradenton numbers weren’t a fluke during the first half of 2018, then he would possibly a starter, but right now he has two months of success during three seasons of pro ball. Christian Kelley has shown a nice approach at the plate, with subtle improvements each year, but it’s been slow progress on offense so far. Deon Stafford could have the bat, but might not have the glove.

There is no shortage of strong defensive backstops in the system, so you have a lot of possibilities for just one to break out at the plate. One lower level possibility is Samuel Inoa, who looked like a he had a shot in 2017 to jump to the top of the catching depth chart after putting up big numbers in the DSL, to go along with vastly improved defense. The problem is that he has been injured five times in the last two seasons, which has limited him to 99 games total in three seasons of pro ball. He will be 20 years old this entire upcoming season, so we could see something big from him IF he can stay healthy and the injuries haven’t taken too much of a toll.

The international side has seen a lot of catchers receive decent bonuses over the last 5-6 years, but they haven’t reached their potential. That won’t be helped during this current signing period, where the Pirates signed just two catchers, both of them smaller low profile players from Venezuela, who were eligible to sign in previous years. Both were signed in October, so neither was a main target when the signing period started in July.

It’s an issue the team will need to address in the future, but they shouldn’t ignore now. Either the June draft or the start of the July 2nd signing period could present them with chances to address this weakness before it’s too late to develop a starter.