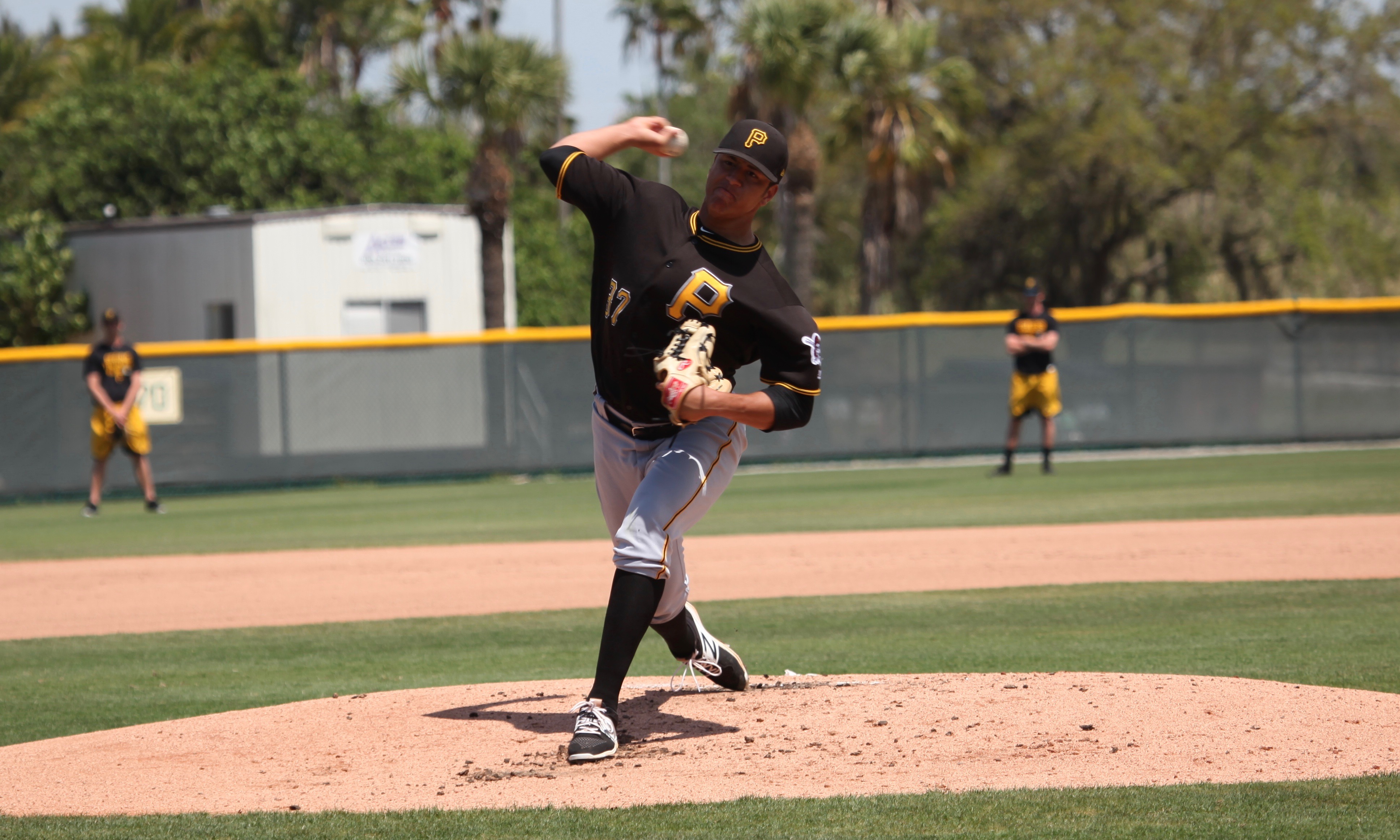 In Puerto Rico, 19-year-old second baseman Rodolfo Castro played his third game of the winter and went 1-for-4 with a single. He is 5-for-13 with five singles.

It’s interesting to note that all three position players for the Pirates in Colombia have above average speed, but they don’t have a single stolen base between them (stats don’t list caught stealing, so they may not have even attempted a steal either).

In Venezuela, Elvis Escobar had his no-hit streak snapped at 52 days, allowing a single to the only batter he faced on Friday night. The only run he has allowed this winter came back on October 24th.

In Australia, Robbie Glendinning went 1-for-3 with a single and an RBI on a sacrifice fly. He is hitting .344/.421/.625 in nine games. He has played third base in all nine games and he has committed one error in 24 chances.

In Panama on Thursday, Brian Sousa (pictured above) pitched 3.1 innings, allowing one earned run on two hits and four walks, with one strikeout. Sousa has made four appearances this winter, allowing five earned runs on nine hits and seven walks in nine innings.

The playoffs began in the Dominican on Friday night, but the only Pirate player to see action was Alfredo Reyes. He was used as a pinch-runner late in the game and didn’t get a chance to hit or play defense.