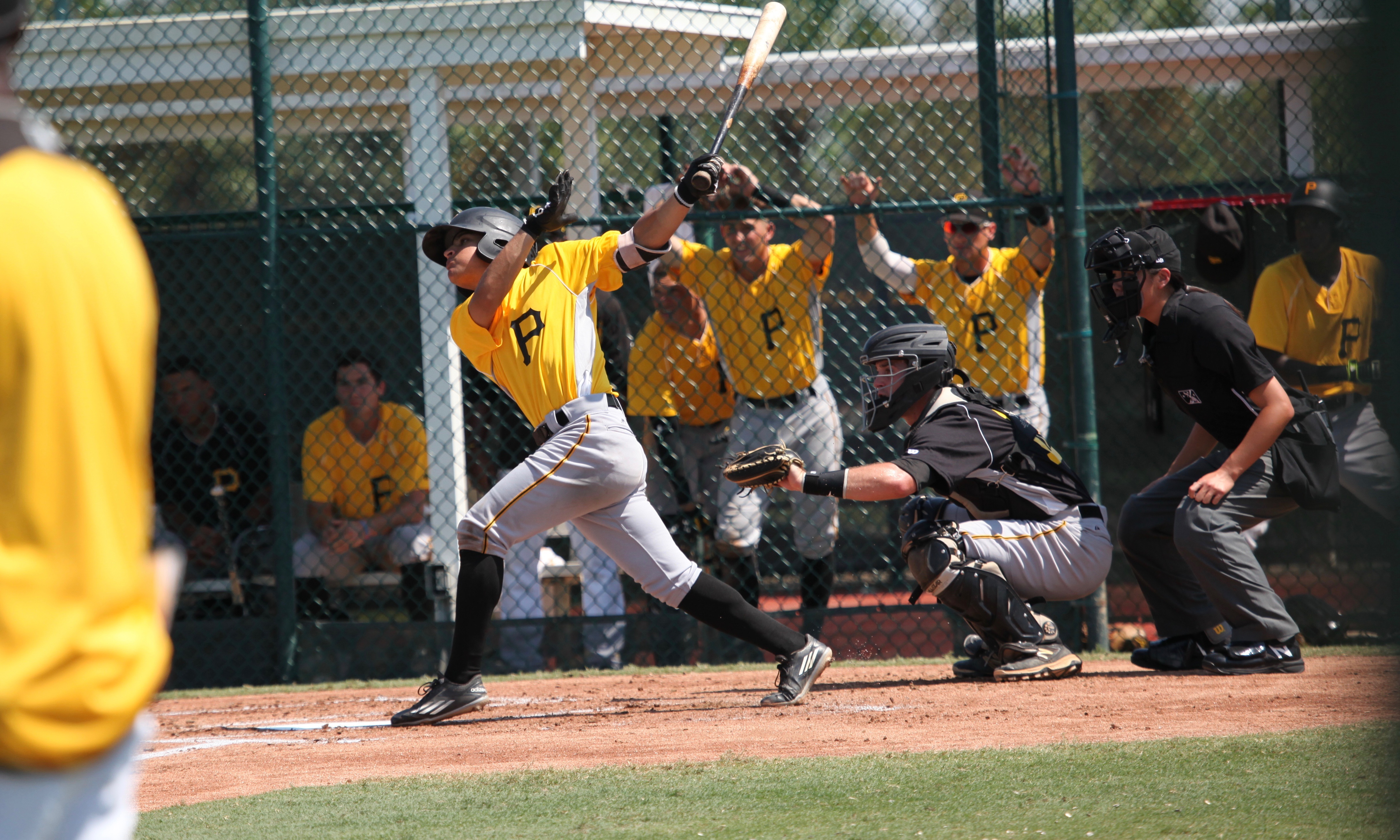 In Australia on Friday night, Robbie Glendinning made his winter debut (technically it’s summer there) and went 1-for-3 with a double. He played third base in a Perth Heat infield that also includes former Pirates Sam Kennelly and Tristan Gray.

In the Dominican on Friday, Pablo Reyes started at third base and went 2-for-3 with a walk, two RBIs and his fifth stolen base. He has a seven-game hit streak, a 13-game on base streak and he has driven in 13 runs in 37 games. Reyes has a .258/.349/.336 slash line, though his Dominican league site has him with one more AB and hit (.264 average).

Alfredo Reyes went 2-for-2 with a two-run homer, a walk and two runs scored. The homer is his first of the winter. Reyes has scored from second base on a wild pitch in each of his last two games (see first one in video below). He has a .340 average through 30 games.

In Puerto Rico, Jerrick Suiter went 1-for-4, with a single, walk, run scored and an RBI. He’s batting .200 through 15 games, with two doubles and five walks.

Jordan Jess recorded the final two outs of the fourth inning, but not before giving up a run on three hits and a walk. He also allowed two inherited runs to score. Jess has a 7.36 ERA over nine outings.

In Colombia, Carlos Arroyo walked as a pinch-hitter in the first game of a doubleheader and scored a run. He started game two at second base and went 2-for-3 with a single and a double. It was a nice day for Arroyo, who has been off to a rough start in the league. He’s currently hitting .111/.172/.148 through nine games.

Francisco Acuna started at shortstop and went 2-for-4 with an RBI single and a game-tying homer in the ninth inning, his first extra-base hit of the winter. After Acuna tied the score 5-5, his team would three batters later on a walk-off wild pitch. He hit two homers for the DSL Pirates in 2017 and didn’t homer with the GCL Pirates this past season. Acuna is hitting .262/.311/.333 through 13 games. He missed some winter league time this year while playing for Team Colombia in a World Cup tournament.

In Venezuela, the league shut down for the day on Friday due to the deaths of former Pirate Jose Castillo and also Luis Valbuena, who has played for multiple teams over the past 11 seasons. If you missed the news, both players passed away in a motor vehicle accident early Friday morning.