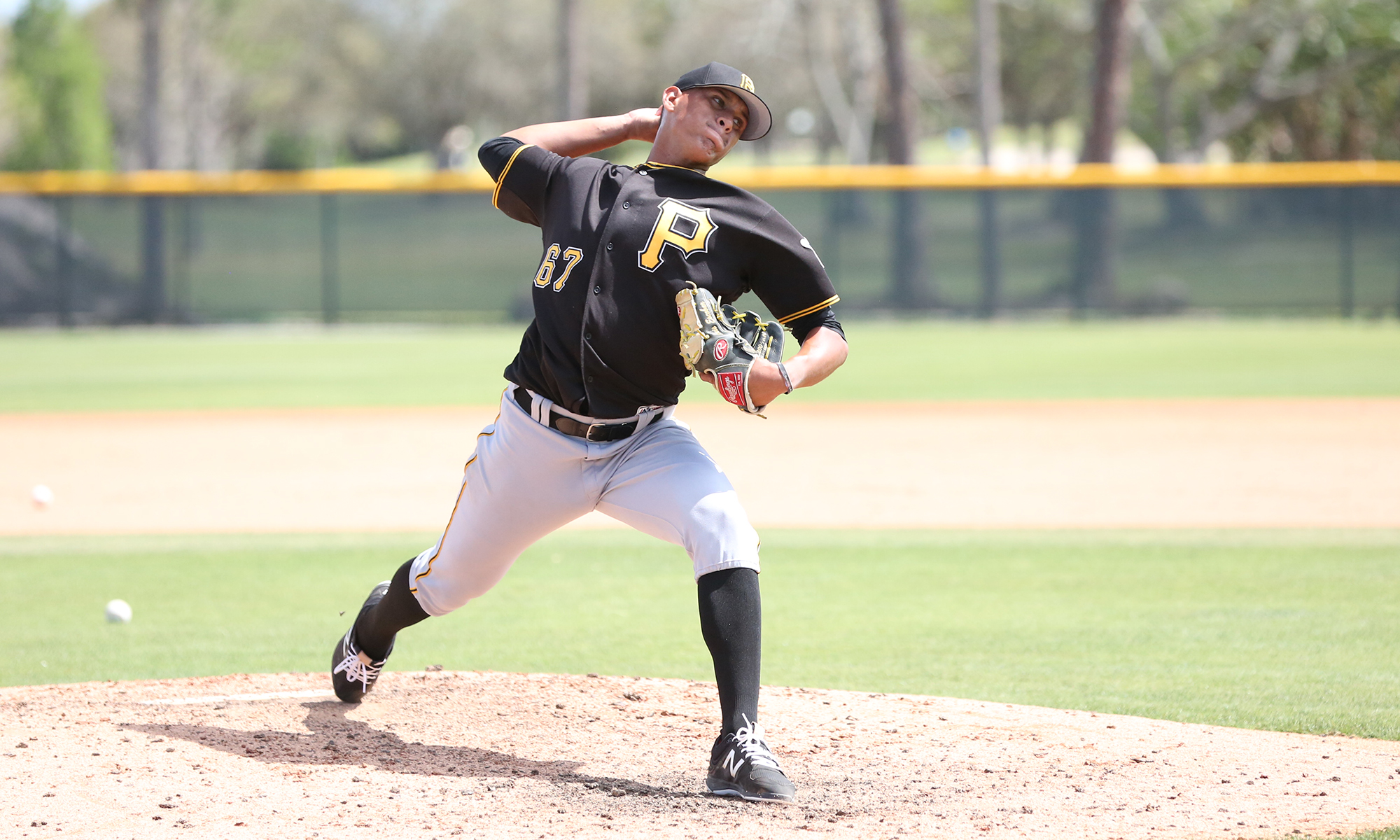 Right-handed pitcher Luis Escobar will join Aguilas del Zulia of the Venezuela winter league within the next few days. The 22-year-old Escobar is currently ranked as the ninth best prospect in the Pittsburgh Pirates system, second among all pitchers to top prospect Mitch Keller.

Escobar split the 2018 season between Bradenton and Altoona, posting an overall ERA of 4.14 in 128.1 innings, with 110 strikeouts, a .225 BAA and a 1.29 WHIP. He was suspended at the end of the season due to violating team policies in Altoona, but he has pitched once this off-season and told Pirates Prospects earlier this month that he would likely pitch this winter. His lone off-season appearance came three weeks ago while pitching for his team from the Colombian winter league in an exhibition game against a team from the Dominican winter league. He started the game and allowed two runs over 1.1 innings.

While he could have pitched this winter season in Colombia, the level of competition there is much lower than what he will face in Venezuela. No word yet on how long it will take him to get into a game.

It was a quiet night for winter league action on Wednesday night. Pablo Reyes broke his string of playing a new position each game. After starting at four different spots in the last four games, he was back in center field for a second straight night. Reyes had a tough night at the plate, going 0-for-4 with two strikeouts. He’s batting .228 through his first 15 games, with a homer, seven walks and two stolen bases.

Jesus Liranzo threw a scoreless ninth inning, retiring the side in order, while picking up a strikeout. In six appearances, he has allowed one run in 8.1 innings, with four hits, no walks and ten strikeouts.