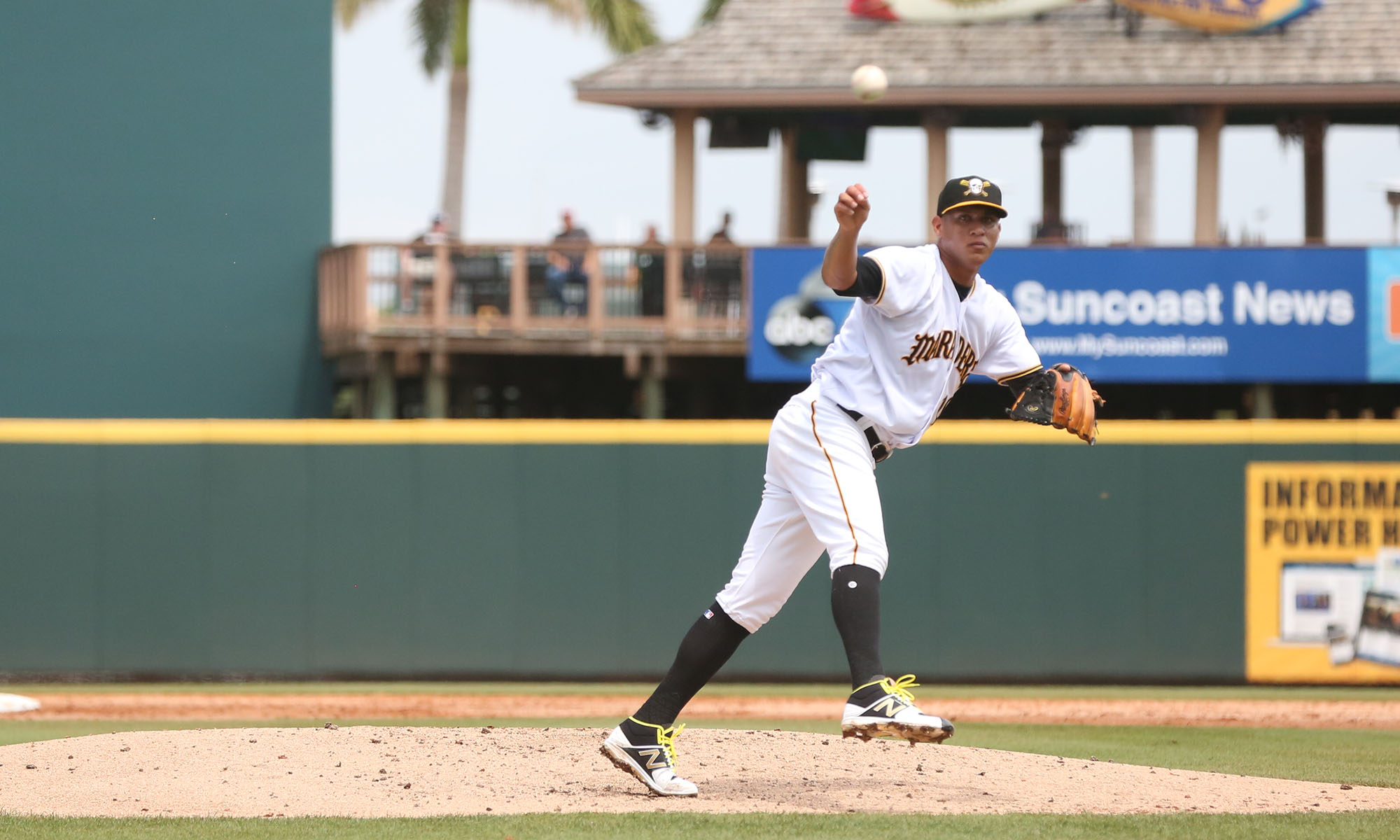 There was no winter action for the Pittsburgh Pirates on Monday this week. On Tuesday night, Pablo Reyes went 1-for-2 with a single and two sacrifice bunts. He was thrown out stealing for the second time in six attempts this winter. Reyes is hitting .247/.350/.326 in 26 games. He left his last game in the fifth inning on Sunday, but whatever the issue was, he only ended up missing those last four innings.

Erik Gonzalez played shortstop and went 0-for-4 on Tuesday. He has made five straight starts at shortstop since being acquired by the Pirates. Gonzalez is now hitting .265/.282/.309 in 17 games.

In Colombia on Tuesday, Edgar Barrios went 1-for-3 with a run scored. He has started the last three games at shortstop and it’s possible that Francisco Acuna is injured, since he left his last game early for a pinch-hitter. Regardless of which one starts, there is an 18-year-old Pirates prospect playing shortstop full-time in Colombia. Barrios is hitting .318/.318/.385 in 11 games.

In Venezuela, Luis Escobar will be making his debut this weekend for Aguilas de Zulia. He was added to the active roster on Monday. The Pirates have him limited to five innings or 80 pitches per start and he’s not allowed to exceed 35 pitches in an inning. He also has a rest schedule required. For every inning he pitches, he has to have one day off before he is used again. So if he goes five innings in a start, he has the next five days off before he could start again. Escobar’s arrival in Venezuela was delayed slightly by a visa issue.

In non-winter news not big enough for an article, the Pirates released catcher Manny Bejerano on Monday. He was their 30th round pick in 2017. Bejerano didn’t hit much in either season with the Pirates, posting a . He had a strong arm, but had trouble throwing out runners in 2018 during his limited time.

While this wouldn’t be a surprise by any means, it’s interesting to note that the Pirates are down six catchers since the end of the season. Three have been released (Bejerano, Paul Brands and Robinson Ramos) and three were minor league free agents (Ryan Lavarnway, Jin-De Jhang and Jackson Williams). Perhaps even more surprising is the fact that they left four catchers exposed to the minor league portion of the Rule 5 draft (Mikell Granberry, Rafelin Lorenzo, Gabriel Brito and John Bormann).  They will obviously need to sign some catchers this winter, especially if the Rule 5 draft is unkind to them on the minor league side. On the other hand, that also might be where they get their catching help. However they get them, they clearly need more catchers than they have right now for Spring Training.