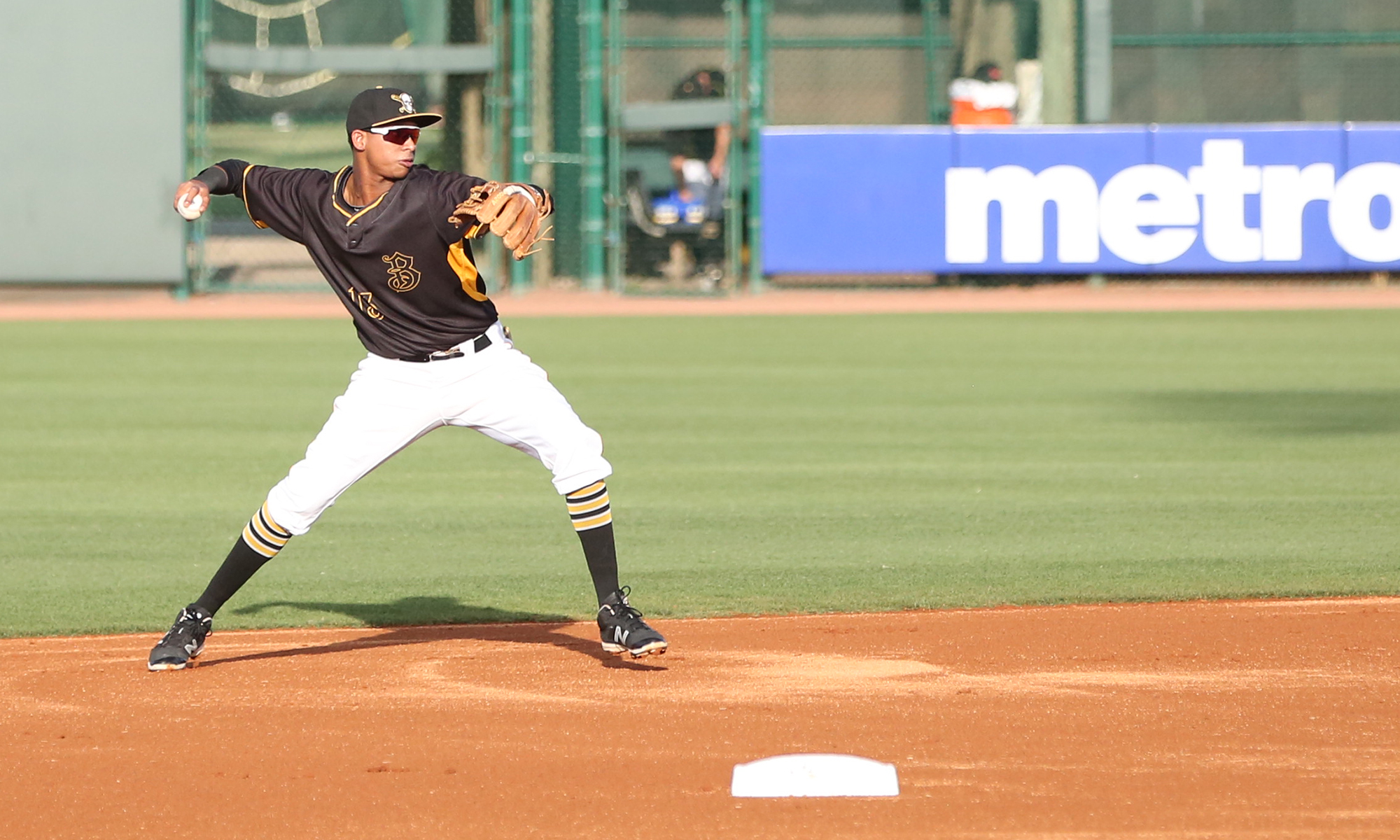 In the Dominican on Sunday, Erik Gonzalez went 1-for-5 with a run scored. He drove in two runs with his fourth double of the winter, keying a six-run rally in his team’s victory. Through 21 games, he has a .256/.270/.302 slash line. Gonzalez struck out three times on Sunday, giving him a 2:13 BB/SO ratio.

Alfredo Reyes (pictured up top) didn’t start on Sunday, but he ended up getting a key hit as his team came back from a 3-0 deficit in the bottom of the ninth to win it on a walk-off homer. Reyes came in during the sixth inning on defense at shortstop and walked in the seventh. In the ninth, he drove in the first run for his team with a single, then two batters later, he scored on the game-ending homer. He is hitting .259/.344/.259 in 32 plate appearances over 23 games.

In Puerto Rico, Jordan Jess was the only player from the Pirates to see action during Sunday’s doubleheader, and his appearance was brief. He retired the only batter he faced, picking up the final out of the fifth inning, while stranding an inherited runner. In five appearances, the 25-year-old lefty has allowed three runs on five hits and three walks in 3.2 innings.

Carlos Arroyo played his third game since joining the Colombian league after attending the Dominican Fall Instructional League. He has started at second base in all three games and he has put up an 0-for-4 in each game. Arroyo batted .294 during the regular season in the DSL, but as one of the youngest players in the Colombian league at 17 years old, this is a clear step up in the competition from what he was seeing in the summer.