Williams: The Pros and Cons of Trading Francisco Cervelli 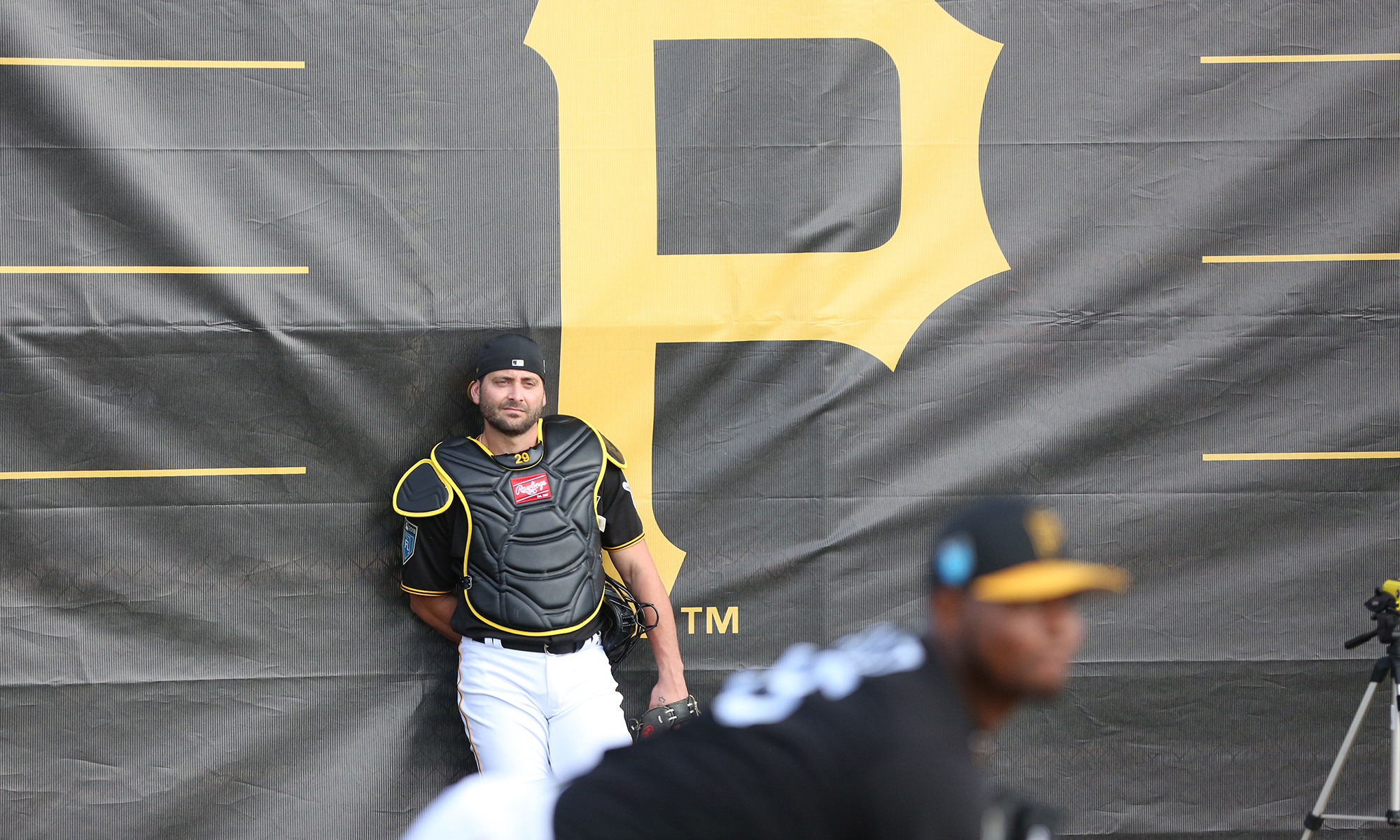 The Pirates had the best catching duo in the majors in 2018. Francisco Cervelli had a 3.3 fWAR, which ranked 3rd out of all catchers with 250+ plate appearances. Elias Diaz had a 2.0 fWAR, which ranked 10th in that same group. When you have two of the top ten performing catchers in baseball, it’s easy to see how you can have the top catching duo.

That combination means two things. Number one, it means that the Pirates look like they have their long-term replacement for Cervelli in Diaz, which could make Cervelli expendable. Number two, it means that they could once again have a strong catching duo if they keep both players.

Last night it was reported that the Pirates were open to dealing Cervelli. If that were to happen, they’d obviously be banking on the first scenario above, going with Diaz as the long-term option.

My belief is that the Pirates would be better off keeping Cervelli in 2019. That’s based on the idea that he wouldn’t fetch much in a trade. That idea is only strengthened by the report on the upcoming catching market. Cervelli and Russell Martin are both said to be available in trades. The free agent market also includes some good options, including Yasmani Grandal (the number two ranked catcher in fWAR last year), and Wilson Ramos (number five).

It seems that the catching market is crowded, which might make it difficult for the Pirates to get value for Cervelli, beyond just salary relief. And if salary relief was all they got, then they would be looking to use that money to replace Cervelli with someone who hopefully can be just as productive as Cervelli was in 2018.

I think the Pirates would be better off keeping Cervelli, and going with the duo at catcher again. There is an argument to be made that Cervelli isn’t a guarantee to repeat these results, and that he is still an injury risk. We saw him put up a 3+ WAR in 2015, only to struggle in 2016 and 2017, while also missing a lot of time with injuries.

Diaz has been healthy his whole career, outside of a few injuries in 2016, so he doesn’t come with the same health concerns as Cervelli. But we’ve only seen him productive in less than 300 plate appearances in one season. You can dream on that an envision him to be one of the top catchers in baseball next year if he repeats this pace over a longer amount of playing time. But you also have to consider the fact that he has less than 500 plate appearances in the majors, which means we can’t just assume he will be consistent with the same production we saw in 2018.

That’s true of any player breaking into the majors, and the reality is that the Pirates have to risk the unknown with these players and hope for the best in some situations. They’re going to eventually have to do this with Diaz, whether it’s in 2019 if they trade Cervelli, or 2020 after Cervelli is gone.

In order for it to make sense to trade Cervelli, the Pirates would need to get a good enough return to justify dealing him, and/or would need to spend the money saved on a guy who produces just as much as Cervelli could have.

On the flip side, there are several benefits to keeping Cervelli. The first is that you do have that insurance for Diaz, and have an extra year to use him as a backup/split-starter and see if he’s really ready for the majors. And then if Diaz is ready, you’ve got Cervelli as insurance for other positions, such as first base if Josh Bell continues to struggle.

It will be interesting to see what the Pirates do with Cervelli this offseason. Considering the catching market, I have a hard time picturing them getting a good return for him, even coming off a strong year. They could try to deal him and replace his salary with someone who can help the team at another position. However, that’s also difficult, and I think it’s more likely that they could get better value by keeping him around, rather than dealing him away and trying to replace his production elsewhere.