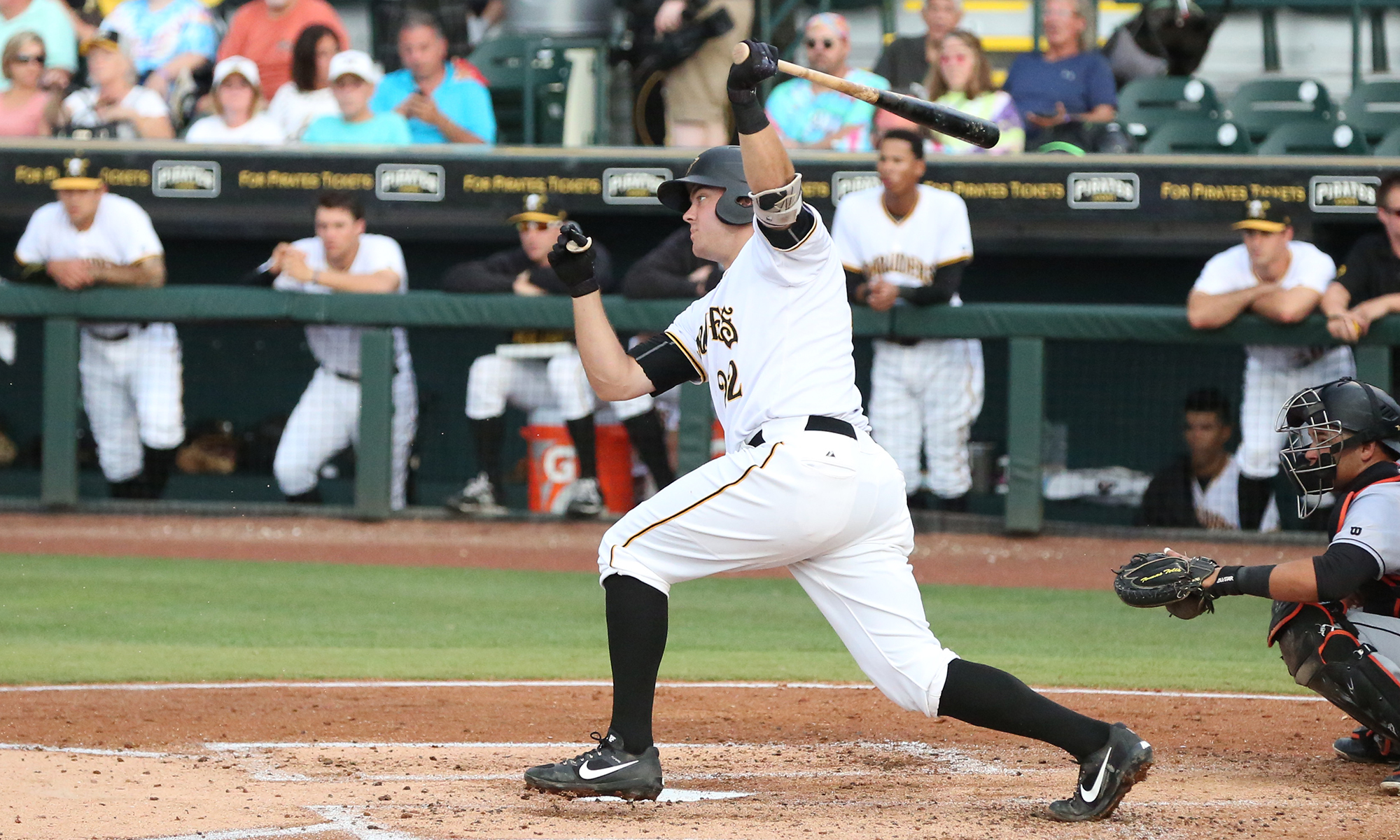 The Arizona Fall League entered the final three days of the season on Tuesday, as the Surprise Saguaros took on Glendale at home. Will Craig and Bryan Reynolds were in the lineup today and both contributed in the 9-2 win.

Reynolds got the scoring started in this game with a first inning RBI single. He lined out to center field in the second inning, then walked in the fourth inning. Reynolds grounded out to shortstop to end the sixth. He drove in a second run with a single in the eighth. That left him 2-for-4 on the day, and gave him a .193/.338/.246 slash line in 16 games.

Craig came up with two men on in the first inning and smacked a three-run homer (see video below). It was his fifth home run of the fall, which temporarily tied him for the league lead before Braxton Davidson of Peoria hit his sixth homer about an hour later. Craig walked in the third inning, then hit an RBI single in the fourth. He singled to lead-off the seventh inning, then flew out to right field in the eighth. Craig finished 3-for-4 with a walk and drove in four runs. He now has a .303 average and has driven in 15 runs.

Will Craig, the @Pirates' 2016 first-round #MLBDraft pick and No. 16 prospect, is tied for the @MLBazFallLeague lead in dingers with 5 after this 3-run shot in the 1st today. Follow live: https://t.co/xUNJyQvN5L pic.twitter.com/RYRMzT2sRF

Matt Eckelman came out for the sixth inning with a 6-0 lead. The first batter grounded out to shortstop. That was followed by a full count walk, then a four-pitch walk. After a mound visit from Altoona pitching coach Bryan Hickerson, Eckelman worked a full count, before getting a line out to left field. The next batter broke the shutout with an RBI single. Another single brought home a second run. Eckelman got out of the inning on a strikeout. He threw 28 pitches, with 14 going for strikes. This could be his last appearance of the fall. If so, he finishes with a 13.00 ERA in nine innings, with an 11:3 BB/SO ratio.

Surprise takes on Mesa at home at 2:35 PM EST tomorrow.