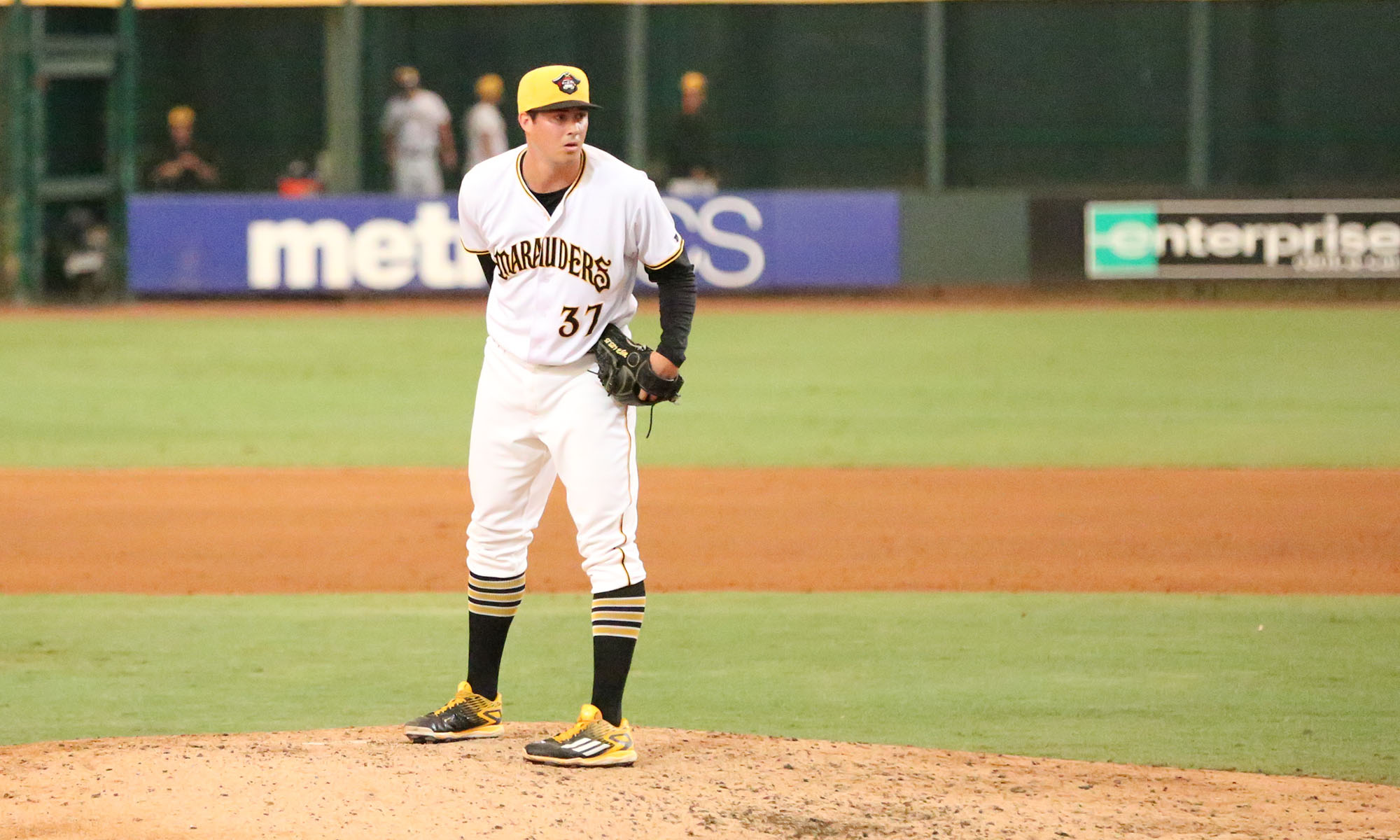 The Surprise Saguaros took on the Salt River Rafters on Friday afternoon in Arizona Fall League action. It was a slow day for the Pittsburgh Pirates in the league. All three hitters were on the bench, and Blake Weiman was unavailable due to being selected for the Fall-Stars game tomorrow night. The games were shortened today to seven innings due to the amount of pitchers unavailable (23 pitchers are in the Fall-Stars game). Surprise lost 8-3 today, which drops them to an 8-13 record. That’s seven games behind first place Peoria with nine games left in the season.

Matt Eckelman came on to pitch the third inning. He walked the first batter, then got a fly out to center field. That was followed by a home run that made it a 2-0 game. The next two batters were retired on a ground out back to Eckelman and a fly ball to right field. He threw 20 pitches in the inning, with 11 going for strikes. Eckelman has allowed runs in all six of his appearances so far, and his last five games have all been at least two runs allowed. His 16.50 ERA is third worst in the league.

Things didn’t get any better when Geoff Hartlieb pitched the sixth. He gave up three straight singles to start the inning, bringing home a run. That was followed by a ground out and a sacrifice fly to bring home a second run. Hartlieb issued a walk before getting the final out on a ground out. He needed 32 pitches to get through the inning, with 17 going for strikes. He has a 6.10 ERA in 10.1 innings over seven appearances.

Tomorrow’s Fall-Stars game will be at 8 PM EST and it will feature both Cole Tucker and Blake Weiman. It will be televised live on MLB Network. I plan to have a live thread with updates for the game, so stop in if you’re watching.