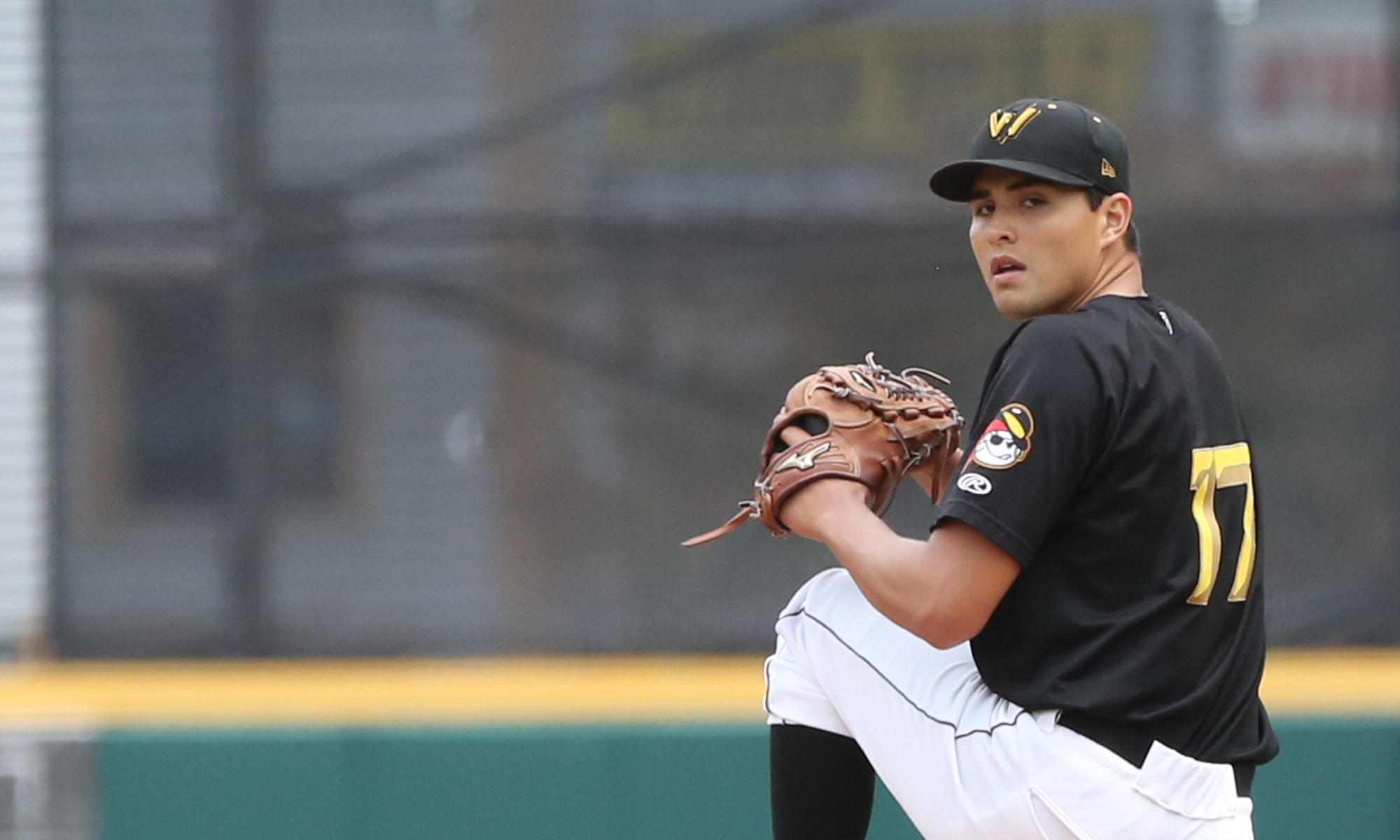 On Wednesday night in winter ball, Elvis Escobar made his winter debut in Venezuela and allowed one run on two hits in one inning. The Pirates gave him permission to pitch this winter, but the former outfielder isn’t allowed to hit. He also can’t be used on back-to-back days. Escobar pitched a total of 30.1 innings this season, spending most of his time with West Virginia, before finishing up with Altoona.

In Mexico, Eduardo Vera made his second start and he nearly repeated his opening performance. After five shutout innings on two hits, no walks and seven strikeouts last week, he threw five shutout innings on three hits,  no walks and five strikeouts on Wednesday night. The Pirates have him on a five inning limit each game, so there was no chance to extend either outing. Vera threw 69 pitches, with 46 going for strikes.

In his last six starts (three regular season with Altoona, one playoffs, two winter ball) Vera has allowed two runs over 38.2 innings. He has an 0.47 ERA, a .125 BAA, an 0.57 WHIP and 37 strikeouts during that stretch.

In the Dominican, Pablo Reyes started at second base for the second night in a row and he went 0-for-4 with two strikeouts. He’s hitting .212 through his first nine games.

Oddy Nunez made his third appearance and allowed two runs in one inning of work. He actually pitched a scoreless fifth inning, then gave up two hits to begin the sixth inning before being removed. Both runners scored after he left the game. Nunez threw a total of three shutout innings over his first two appearances this winter.

In the U23 World Cup tournament in Colombia, Victor Ngoepe went 1-for-4 with a run scored in his team’s 7-3 loss to the Netherlands. This game was started on Sunday, before rain caused it to be suspended after the second inning. Paul Brands was catching on Sunday, but he was replaced in the lineup when the game resumed. He did not get a chance to bat.