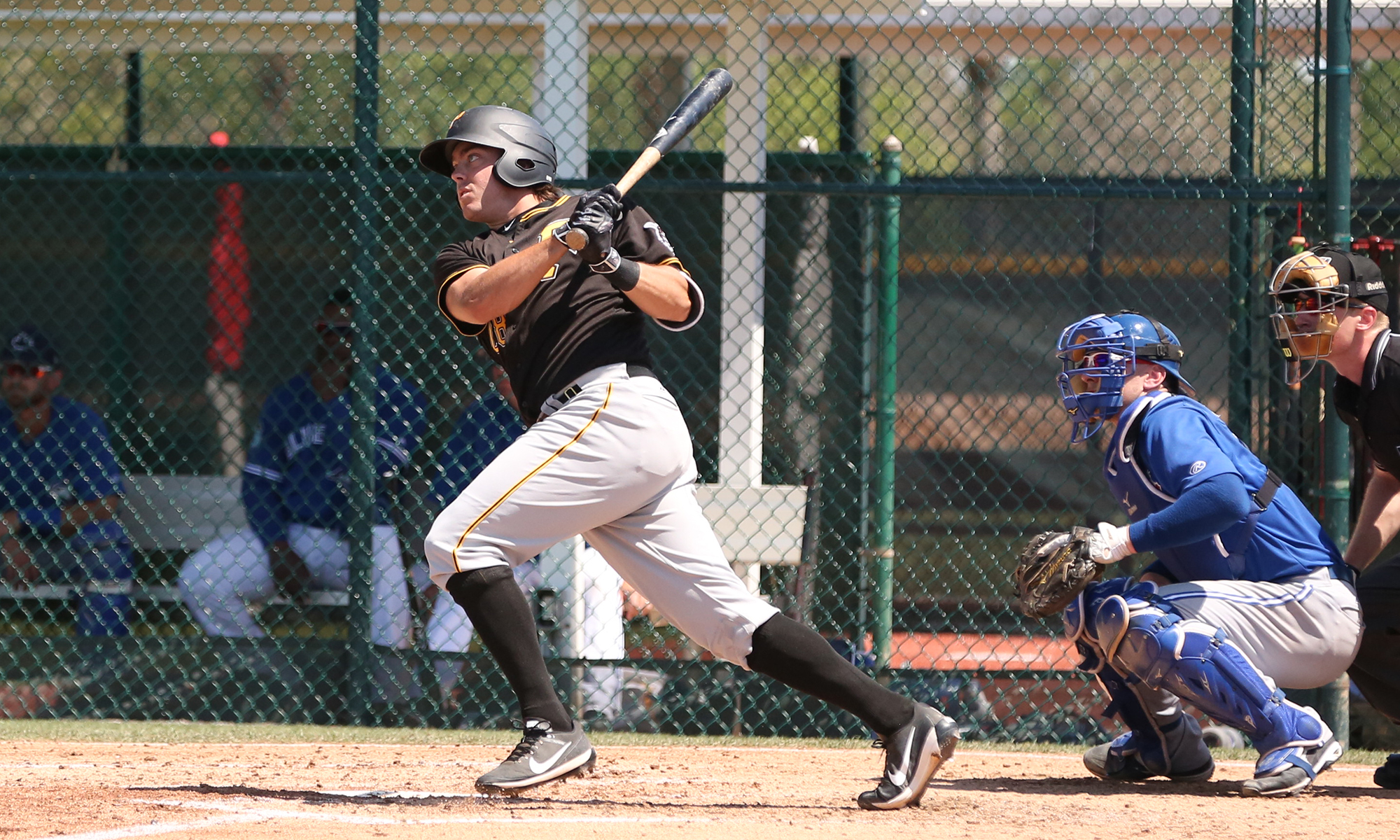 A day after six Pittsburgh Pirates saw action in the Arizona Fall League opener, Will Craig was the only player of note in the Surprise lineup on Wednesday night. The Saguaros have four night games this season and they played their first one on the second day of the season.

Craig was the designated hitter on Wednesday. After going 0-for-4 in the opener, he singled in his first at-bat, then stole his first base of the season and scored a run. Craig popped out to third base in his second at-bat. In the fourth inning, he hit a two-out, two-run homer to give Surprise a 10-5 lead.

Craig had a chance in the sixth to add on to the lead, coming up with two men on base, but he struck out swinging. He grounded out to second base in the eighth inning, leaving him 2-for-5 with two runs and two RBIs on Wednesday night.

Surprise won 11-9 over Salt River, which gives the Saguaros a 1-1 record. They play their next game on Thursday afternoon on the road against Glendale.