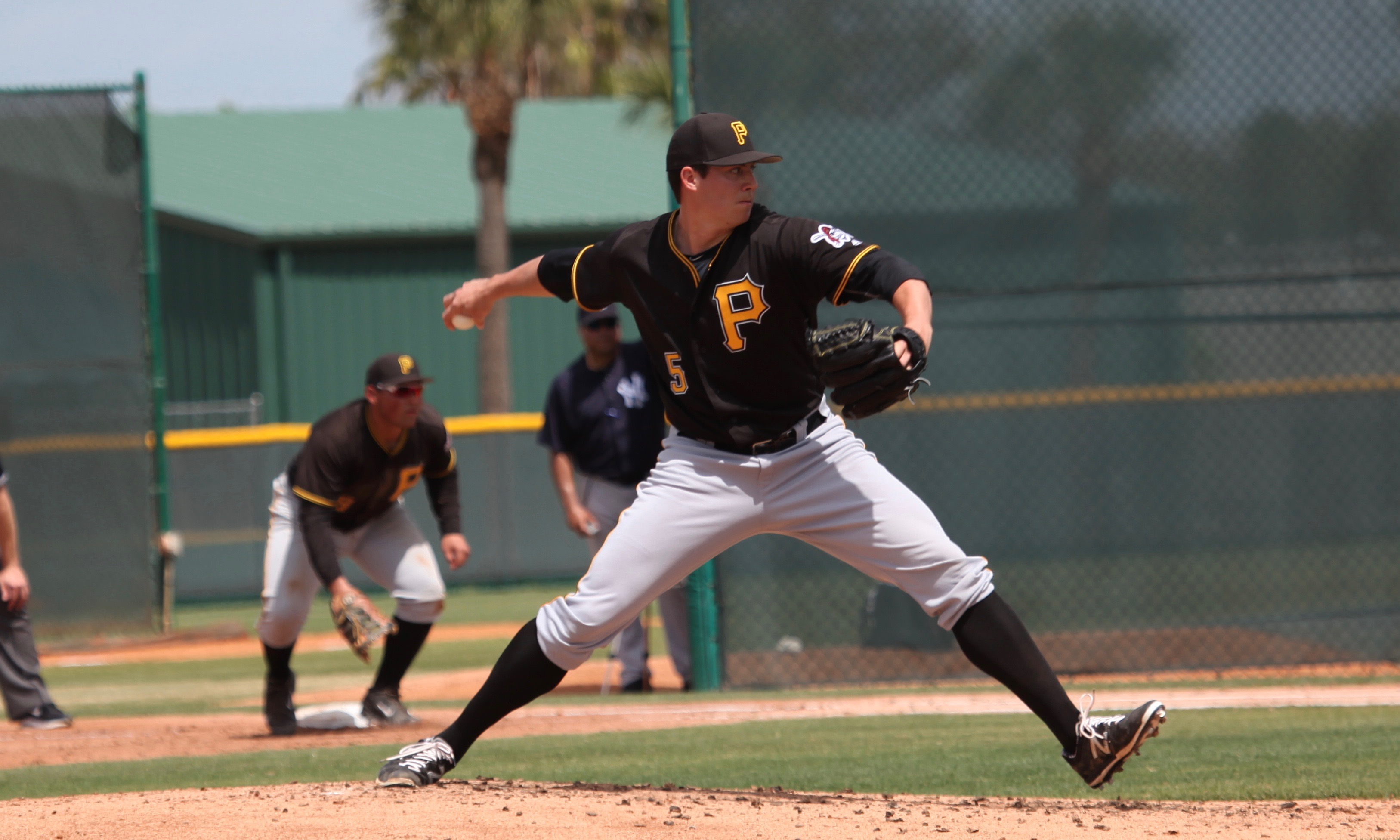 On Wednesday afternoon in the Arizona Fall League, the Surprise Saguaros were at home against Peoria. Bryan Reynolds was batting fourth and playing left field, while Will Craig batted fifth and was at first base.

Reynolds drove in the first run for Surprise, making it a 3-1 game in the bottom of the first with a sacrifice fly. He grounded out to first base to lead-off the fourth inning. Reynolds walked to start the sixth inning, then walked again in the eighth. He is now 2-for-11 in four games and has walked two times in each of his last three games.

In his first at-bat, Will Craig popped out to second base to end the first inning. He singled in the fourth inning, then was thrown out stealing. Craig struck out in the sixth and eighth innings. He is now 6-for-21 with a .747 OPS.

Jeff Hartlieb came out for the fourth inning, making his third appearance of the AFL season. His last game was highlighted by a strikeout on a 99 MPH fastball. It didn’t take him long to top that, hitting 100 MPH against the first batter before issuing a full count walk. He got a fly ball to Reynolds in left field for the first out, then struck out a batter looking on a 99 MPH fastball. Hartlieb hit the next man, before getting a swinging strikeout to end the inning. The last two pitches were a 99 MPH fastball and an 84 MPH slider for the swinging strikeout.

Hartlieb pitched a second inning and it was more of the same. He had two strikeouts, both swinging on sliders. He also was hitting 99 consistently, while throwing a mid-90s two-seam fastball. Hartlieb allowed a double, though I’m told it should have been a single and an error. He recorded the second out of the inning on a liner to center field. Surprise lost the game 7-2.

Last night we noted that Dario Agrazal was listed as the starter right up until the start of the game. There was nothing wrong with him and the switch was made well before game time (possibly over the weekend). Agrazal was pushed back to Friday, with no reason given for the move.

Surprise will be at home against Mesa tomorrow at 3:35 PM EST.