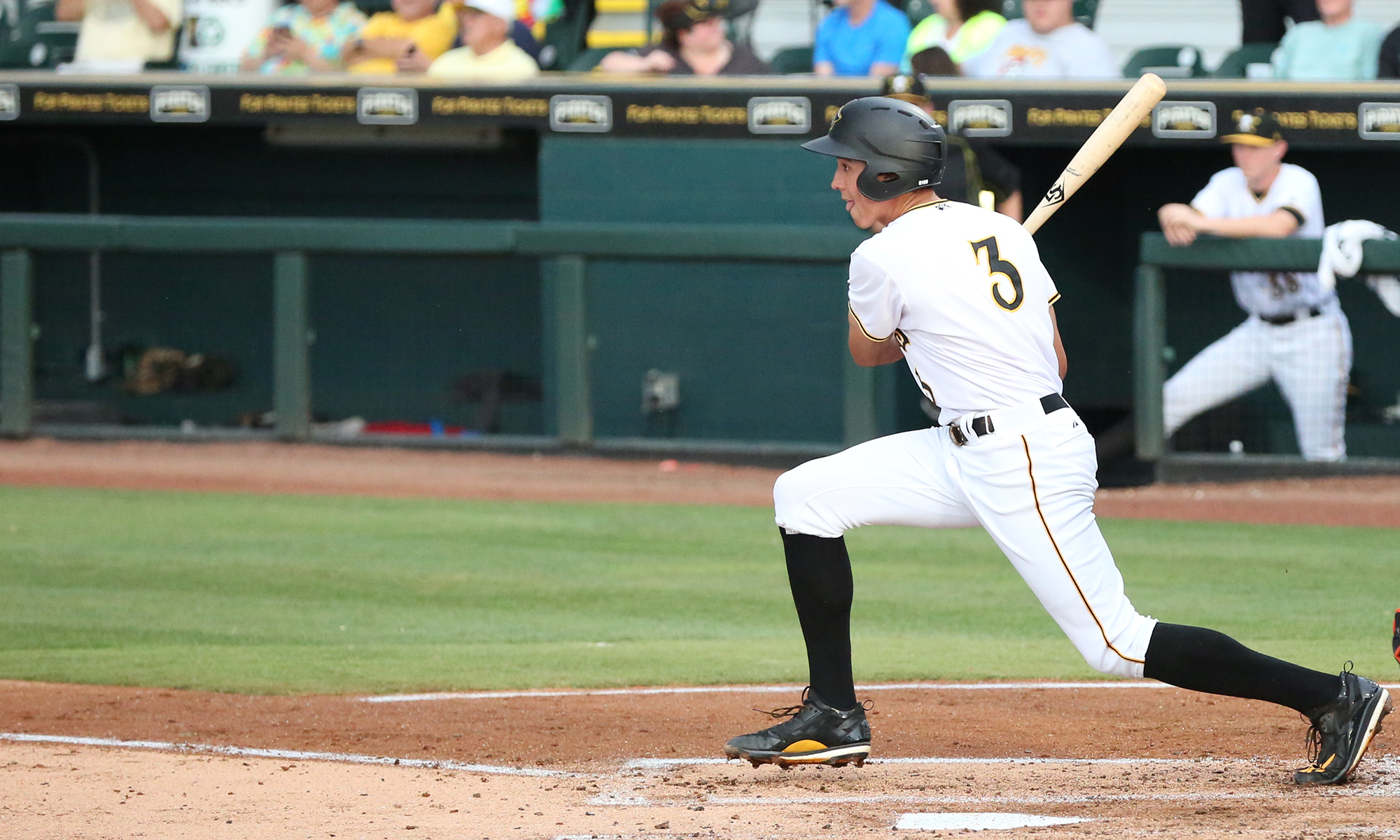 The Surprise Saguaros took on first place Peoria on Monday afternoon. They came into the day with a 7-9 record, trailing by three games in the standings with 14 games left in the season. The lineup had Cole Tucker, Will Craig and Bryan Reynolds on Monday, while Blake Weiman pitched in relief, so it was a busy day to follow the team. Earlier in the afternoon, Tucker and Weiman were named to the AFL Fall-Stars game, which will take place on Saturday night. Peoria won the game on a walk-off single in the ninth, taking a 7-6 victory.

Tucker flew out to left field to lead-off the game. In the second inning, he singled into left field, which made it a 1-0 game. Tucker would score his team’s third run of the inning one batter later. He singled up the middle in the fourth inning, then singled again in the seventh inning. Three batters later, he scored his second run. Tucker picked up his fourth single in the eighth inning. He finished 4-for-5, giving him a .391 batting average.

Reynolds, who came into the game with a .120 average, walked in his first plate appearance. He scored Surprise’s first run of the game on Tucker’s second inning single. Reynolds walked again in the third inning, then struck out in the sixth. He lined out to center field in the eighth. He is now 3-for-27 on the season, though he has walked ten times already.

Craig flew out to center field to begin the second inning. He reached on an error in the third inning, then picked up his third stolen base. Craig struck out swinging in the fifth, then hit a soft liner to third base in the seventh inning. He finished 0-for-4, giving him a .239/.286/.391 slash line in 12 games.

The other Fall-Stars player came in during the fifth inning. Blake Weiman took over in relief and had a quick inning with two ground outs to third base and a pop up to shortstop. He needed ten pitches in the first. Weiman was back out in the sixth inning and retired the side in order on 11 pitches. He had a ground out to second base, a strikeout and a second pop up to Tucker at shortstop. He has now allowed one run in 10.1 innings this fall.

Surprise will be at home tomorrow afternoon at 3:35 PM EST to take on Peoria again.